Back to catalog
Lot 72 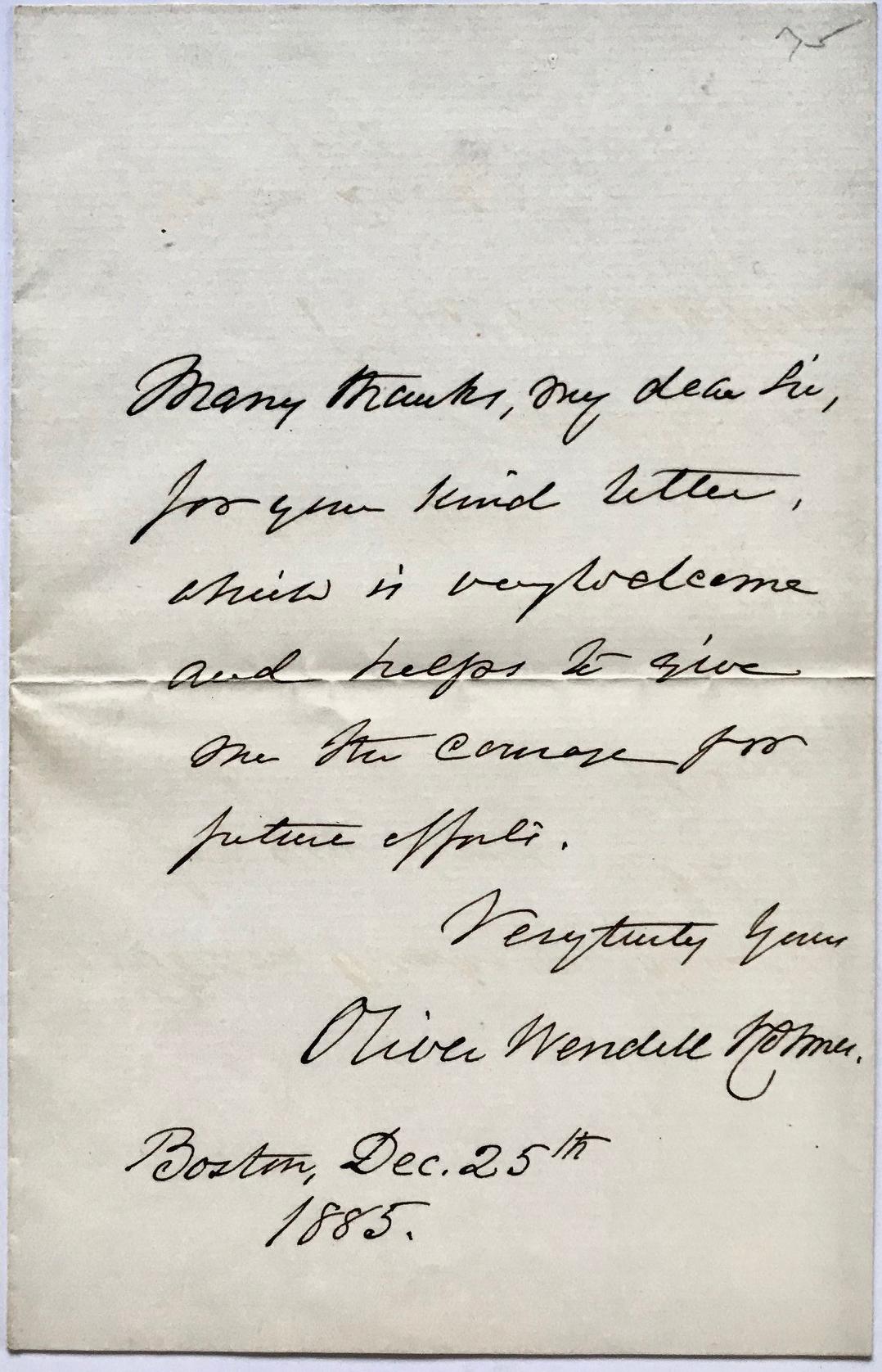 HOLMES, OLIVER WENDELL. (1809-1894). American physician, man of letters and author of the poems, The Chambered Nautilus and The Deacon’s Masterpiece or The Wonderful One Hoss Shay. ALS. (“Oliver Wendell Holmes”). 1p. 8vo. Boston, December 25, 1885. To a gentleman.

“Many thanks, my dear sir, for your kind letter, which is very welcome and helps to give one the courage for future efforts…”

Although distinguished in the field of medicine, it is Holmes’ writing, immensely popular during the 19th century, for which he is best known. Born in Cambridge, Massachusetts, Holmes was a founding editor of The Atlantic Monthly and a member of the Fireside Poets which included John Greenleaf Whittier, Henry Wadsworth Longfellow, James Russell Lowell, and William Cullen Bryant.

The Atlantic began serially publishing Holmes’ third and final novel A Mortal Antipathy in January 1885 and Houghton Mifflin and Co. published the novel later that year, possibly the subject of our letter.