Back to catalog
Lot 66 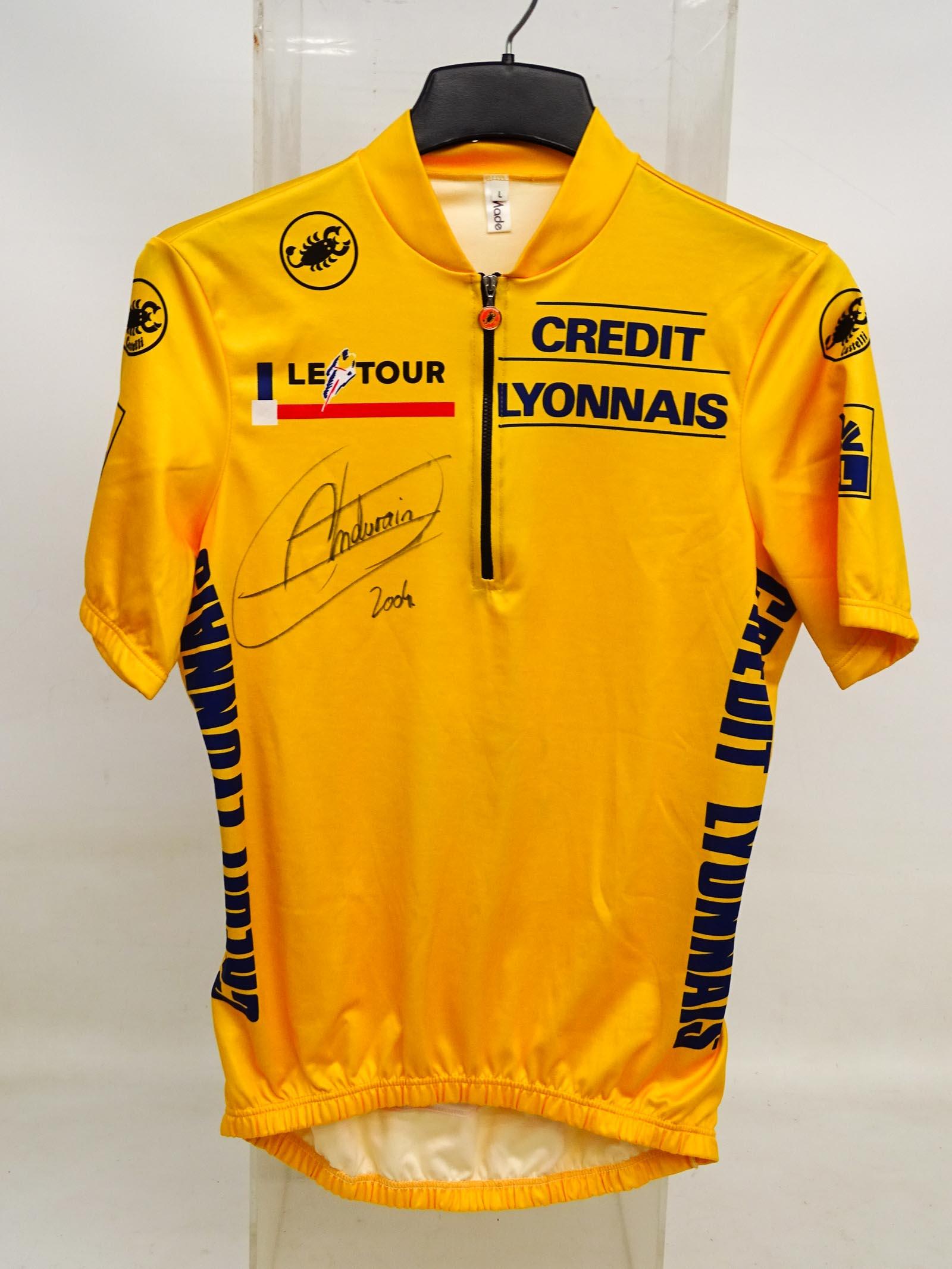 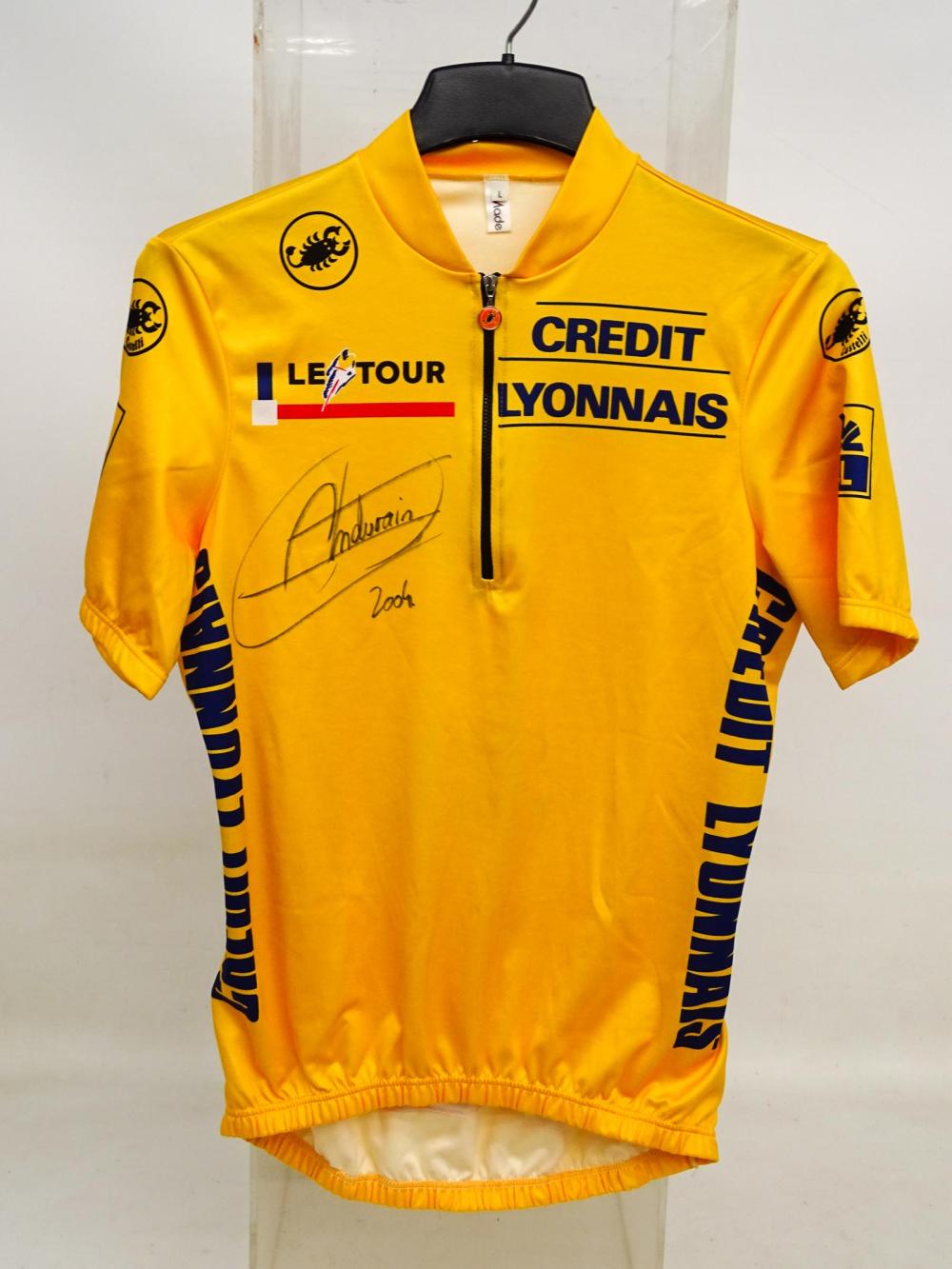 Variation of previous lot. Miguel Indurain race worn autographed yellow Tour de France jersey. He won five Tour de France races from 1991-95 (the only five time consecutive winner). COA from Cycling Legends. Miguel Induráin Larraya (Born 16 July 1964) is a retired Spanish road racing cyclist. Induráin won five Tours de France from 1991 to 1995, the fourth, and last, to win five times, and the only five-time winner to achieve those victories consecutively. He won the Giro d'Italia twice, becoming one of seven people to achieve the Giro-Tour double in the same season. He wore the race leader's yellow jersey in the Tour de France for 60 days. Since the revoking of Lance Armstrong's seven wins, he now holds the record for the most consecutive Tour de France wins and shares the record for most wins with Jacques Anquetil, Bernard Hinault and Eddy Merckx. He is the most recent cyclist, and one of the very few cyclists, to have come close to cycling's 'Triple Crown' when in 1993, after having already won the Giro and the Tour, he finished just 0:19 behind in the World Championship. Good condition.