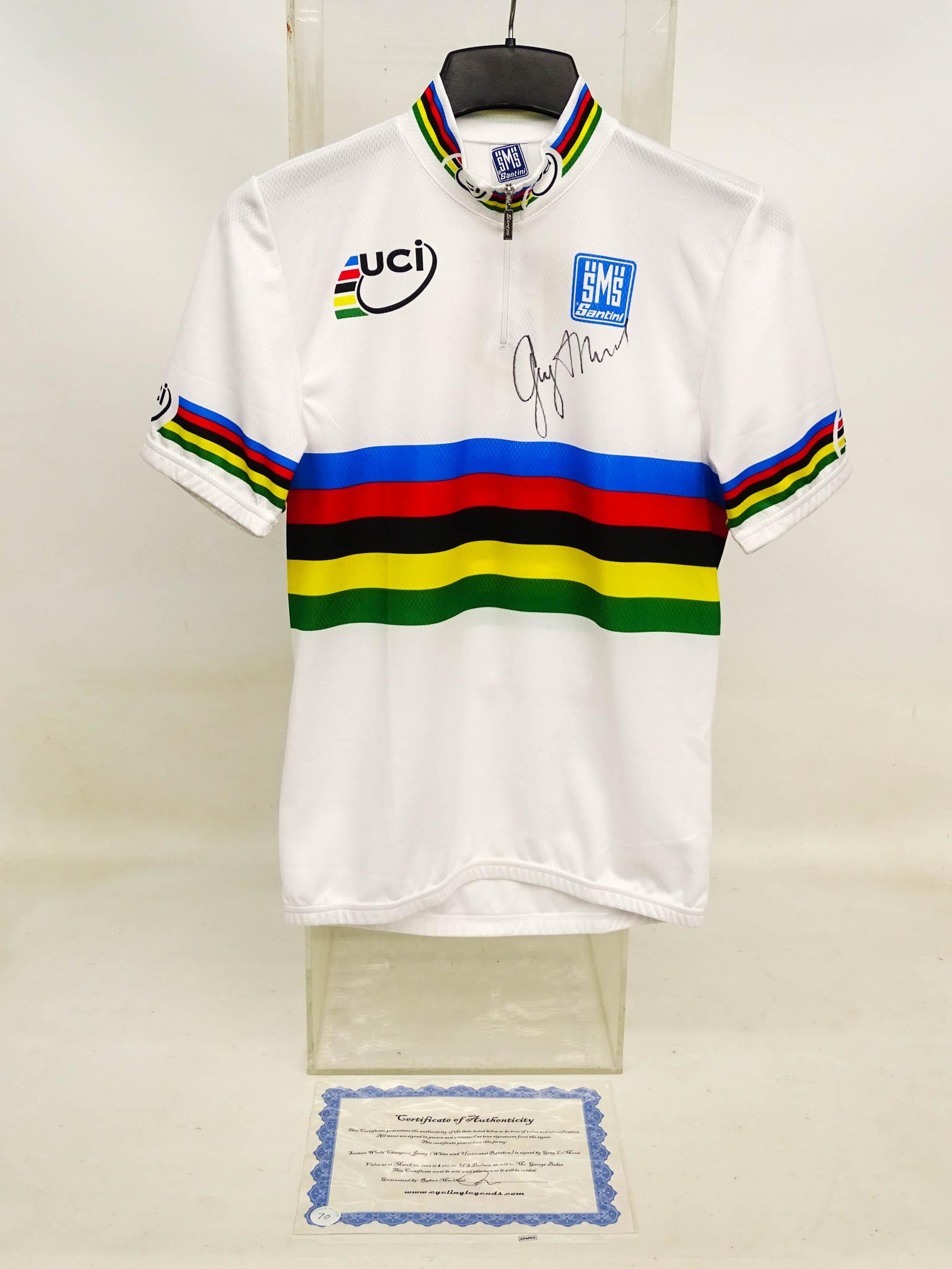 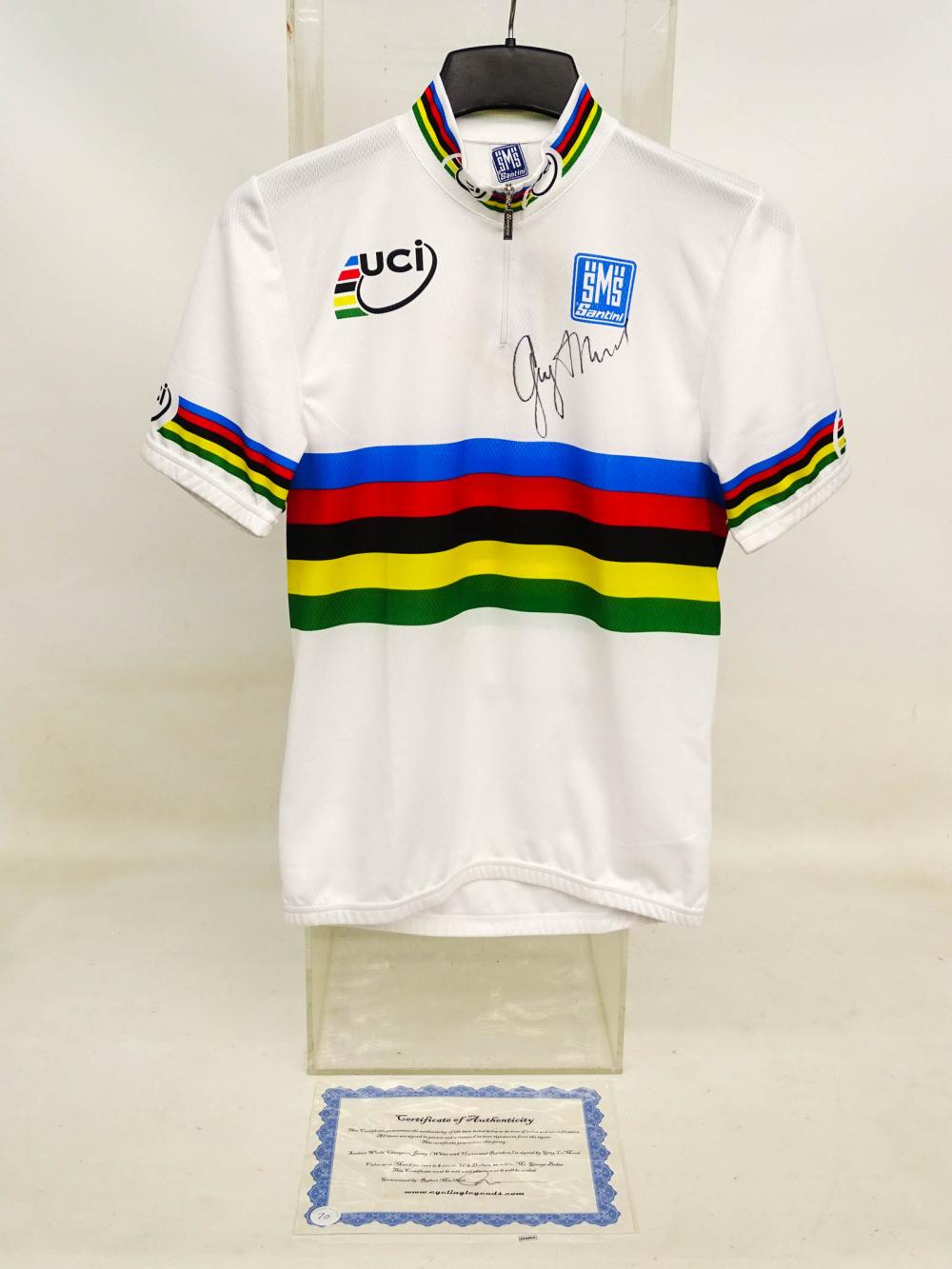 Greg Lemond race worn autographed World Championship Rainbow jersey. Two time world Championship winner, 1983-1989, three time Tour de France winner, 1986, 89, 90. COA Cycling Legends. Gregory James LeMond (born June 26, 1961) is an American former professional road racing cyclist, entrepreneur, and anti-doping advocate. A two-time winner of the Road Race World Championship (1983 and 1989) and a three-time winner of the Tour de France (1986, 1989, and 1990), LeMond is considered by many to be the greatest American cyclist of all time, one of the great all-round cyclists of the modern era, and an icon of the sport's globalization. LeMond began his professional cycling career in 1981. In 1983, he became the first American male cyclist to win the Road World Championship. LeMond won the Tour de France in 1986; he is the first non-European professional cyclist to win the Tour.Good condition, unused.