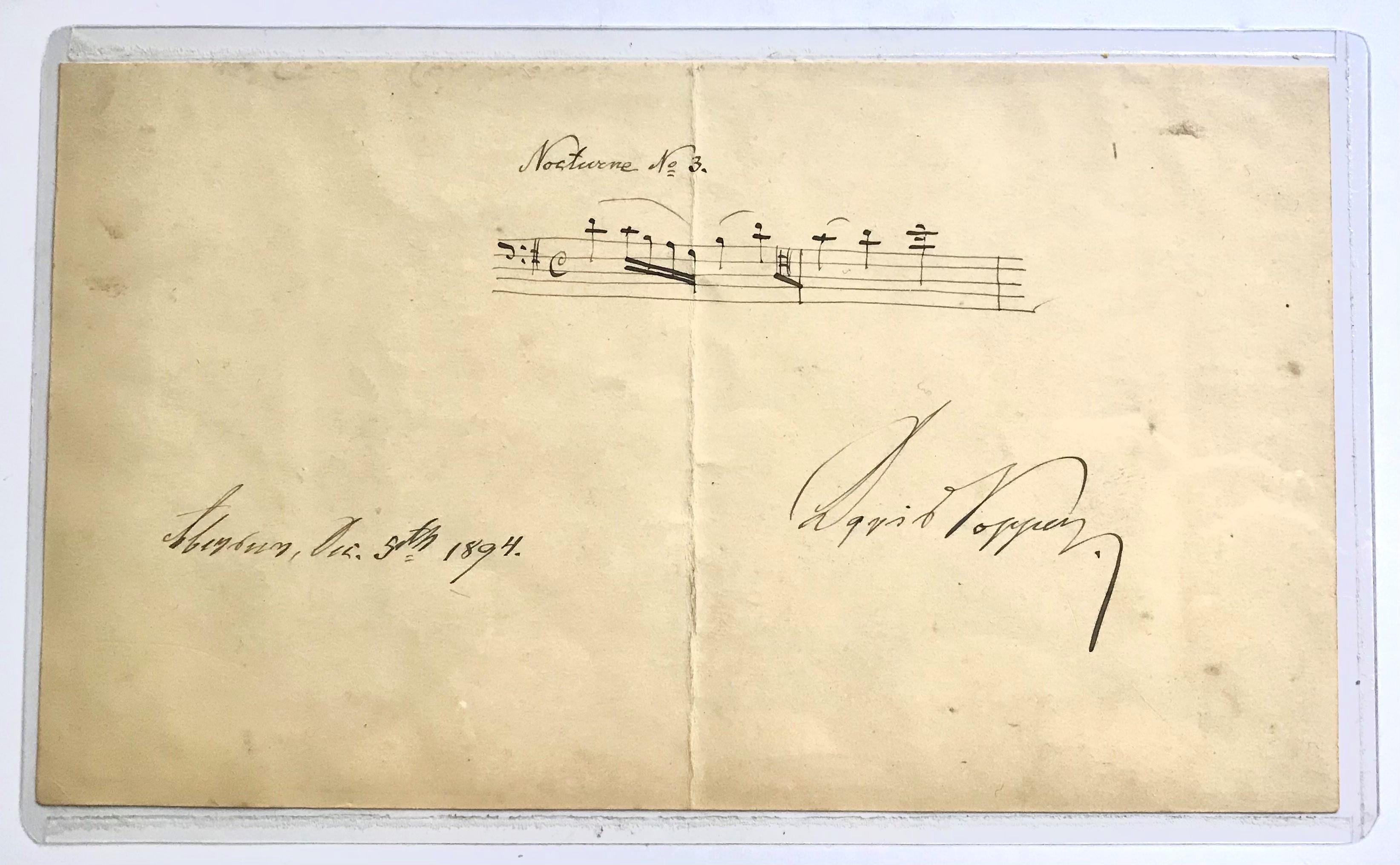 The son of a cantor and trained at the Prague Conservatory, Popper was principal cellist for the court orchestra in Löwenberg and, at the recommendation of Hans von Bülow, joined the Imperial Opera in Vienna, all before the age of 25. Under von Bülow’s baton, in 1864, he premiered Robert Volkmann’s Cello Concerto in A minor, Op. 33 with the Berlin Philharmonic and “it was Popper who played the first notes that were heard publicly when the opera house on the Ring opened with the famous cello solo of ‘Wilhelm Tell,’ and it was also him who convinced the orchestra to premiere Bruckner's Third Symphony, which a majority of the members had originally declared to be unplayable,” (“Who Was David Popper?” http://www.davidpopper.org/about). Upon the establishment of a string department at the Conservatory at Budapest, Liszt recommended Popper for a faculty position. In Budapest, with violinist Jenő Hubay, he was a member of the Budapest Quartet, sometimes performing with Johannes Brahms. In addition to his virtuoso performances, Popper was a prolific composer of music for cello, many of which are still popular.