Back to catalog
Lot 19 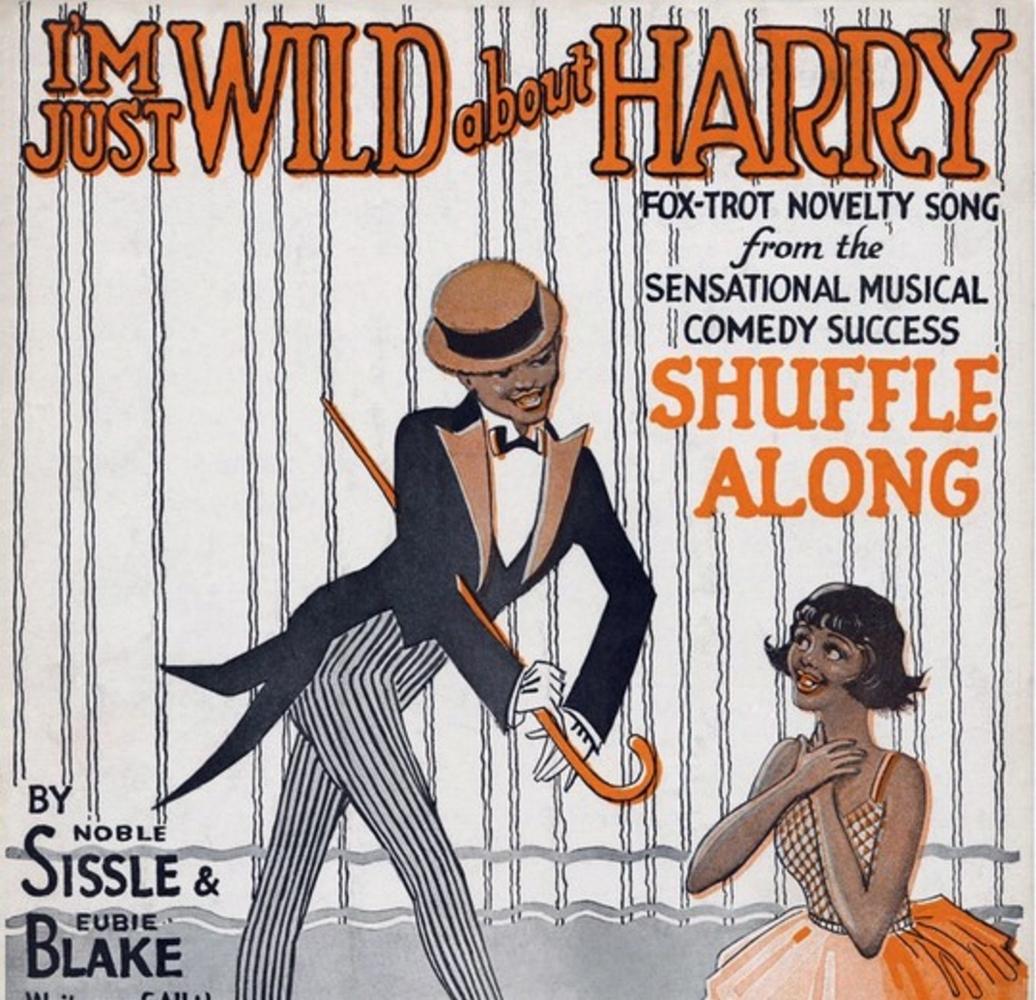 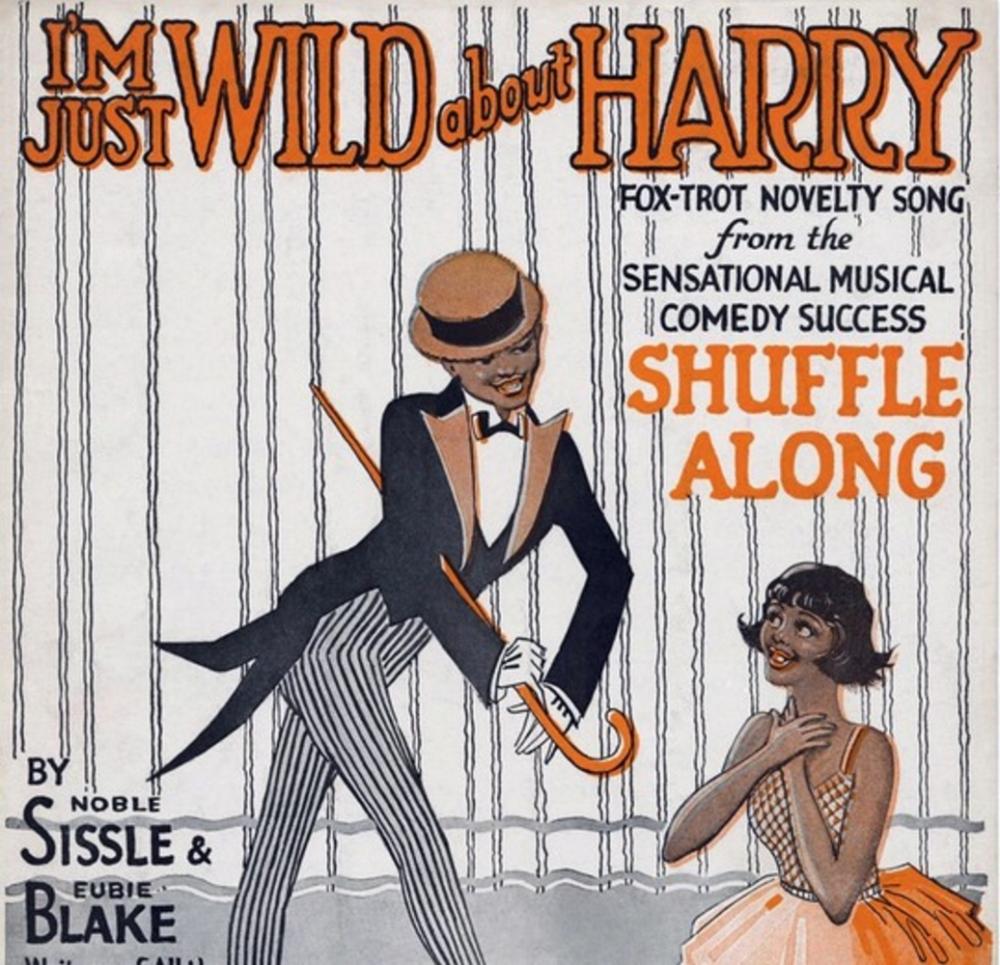 BLAKE, EUBIE. (1883-1983). American ragtime pianist and composer of “I’m Just Wild about Harry,” “Love Will Find a Way,” “Charleston Rag,” “Memories of You,” and other hits. AMusMsS. (“Eubie Blake”). 8pp. Small folio (roughly 9½” x 12½”). N.p.; after 1959. An autograph piano vocal score, in pencil, of his most famous song, “I’m Just Wild about Harry,” with notable differences from the original 1921 sheet music version. Seven pages of music and lyrics on four sheets of “King Brand” lined music paper, totaling 90 triple measures in E-flat Major set to ¾ time; each page bearing Blake’s 1959, Local 802, union stamp. Blake has written on the cover in blue ink “I think Harry would be better for W[altz] if Key of C. Sorry about this number in Lead Pencle [sic].” He has added his initials “E.B.” in red ink to each of these two lines. The first page of music is headed “‘I’m Just Wild about Harry,’ The New Arrangement for Miss Swann, Words by Noble Sissle, Music by Eubie Blake.”

Blake, the son of former slaves who nurtured their child’s musical talent, began composing while playing in clubs, bordellos, medicine shows, and on the vaudeville circuit, where he met composer Noble Sissle and formed the Dixie Duo. Together they composed the groundbreaking musical revue, Shuffle Along, with playwrights Flournoy Miller and Aubrey Lyles whom they had met at an NAACP benefit.

After touring New Jersey and Pennsylvania, Shuffle Along premiered on Broadway in 1921 and was an instant hit, running for an unprecedented 504 performances and defying conventional wisdom that a show written by and starring African-Americans could be commercially successful. Shuffle Along launched the careers of Josephine Baker and Paul Robeson and was the first Broadway show to feature an all-black cast. Additionally, its hit song, “I’m Just Wild about Harry,” broke the taboo against onstage romantic love between African-American characters.

One of only three songs written specifically for the show, “I’m Just Wild about Harry” was originally composed by Blake as a Viennese waltz but, “Lottie Gee, the veteran performer who introduced it, said for her to make it work it would have to be an up-temp one step. ‘That cut me to the quick,’ Blake remembered. ‘She was going to destroy my beautiful melody. I loved that waltz. Then Sissle went along with her… ‘All right,’ I said, ‘we’ll make it a one step,’” (America’s Songs: The Stories Behind the Songs of Broadway, Hollywood, and Tin Pan Alley, Furia and Lasser). Blake’s handwritten notes on our manuscript’s cover indicates that he still preferred a waltz tempo for his most famous song, nearly 40 years after its debut.

The popularity of “I’m Just Wild about Harry” was revived in 1948 when President Harry S Truman used it during his reelection campaign. (Detractors joked “I’m just mild about Harry.”) In recognition of its use, Blake sent a manuscript excerpt of the song to Truman in 1967 (erroneously reported on the internet as the original manuscript) with a letter that stated “The interesting thing about ‘Harry’ was that it actually was written as an election song in the show whose plot was almost a parallel occurrence to the 1948 Presidential Campaign. The story was about the race for Mayor in a small Southern town. Our hero, Harry Walton, was the underdog in his race just as you were in the Election of 1948. Although we did not have a Chicago Tribune telling the people that his rival had been elected, it first appeared that one of the candidates opposing Harry in our Race had won.”

Among Blake’s papers at the Maryland Historical Society are manuscripts of the song including one from 1959. However, ours differs in both scoring and lyrics. Although Blake agreed to write out quotations from his best-known work, this is the only full manuscript version of the song ever to be offered for sale. It belonged to Jazz musician Jim Hession, Blake’s friend and protégé.

Some scattered staining and wear with reinforced file holes in the left margin. In very good condition. One of America’s most popular and enduring melodies with a long and fascinating history. [indexMusic]