Back to catalog
Lot 1 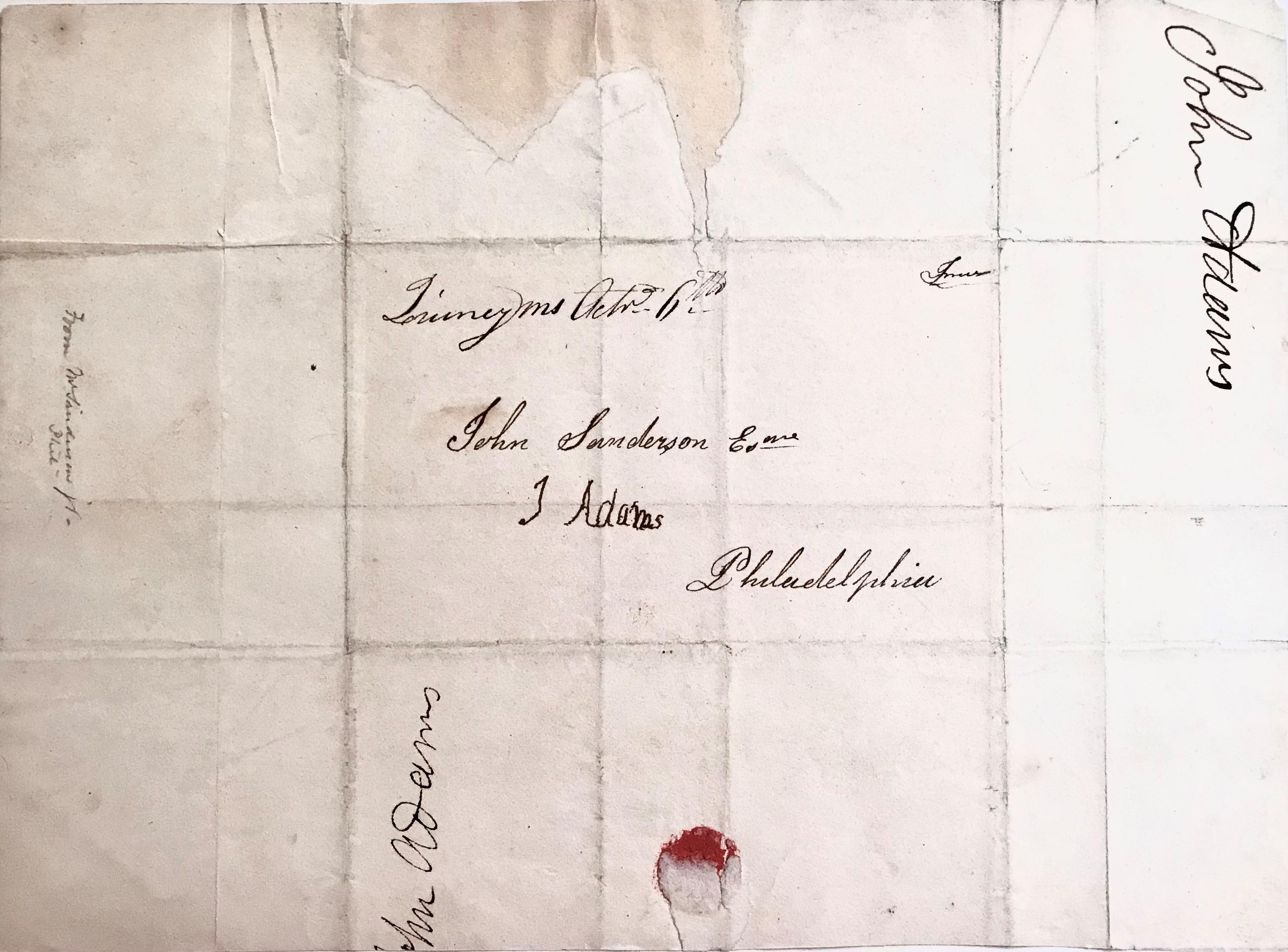 ADAMS, JOHN. (1735-1826). Second president of the United States known for his role in drafting the Declaration of Independence and negotiating peace with Britain during the American Revolution. Free Frank. (“J Adams”). 1p. Oblong 4to. Quincy, October 6, N.y. Adams’ signature on the address leaf of a letter (no longer present) to John Sanderson, Esq. of Philadelphia, likely the editor of the nine-volume Biography of the Signers to the Declaration of Independence, published between 1820 and 1827.

A lawyer from Massachusetts, Adams devoted his life to public service, which included representing Massachusetts as a delegate to the First and Second Continental Congresses, where he was elected to the committee to draft the Declaration of Independence. In 1777, Adams was named, along with Benjamin Franklin, to serve as joint commissioner to France and later spent ten years as commissioner to Great Britain, helping restore peaceful relations and commercial ties with the United States. Adams received the second highest number of votes in the first presidential election thus becoming the first vice president of the U.S. In 1796, he ran as a Federalist in the first presidential election under the First Party System, serving one term during which he was a favorite target of criticism from his rival Alexander Hamilton and Vice President Thomas Jefferson.

Formerly the integral address leaf to a letter no longer present, the sheet has normal folds and some creasing as well as a repair to the tear resulting from the wax seal. Several notes in the margins identifying the sender. In fine condition. [indexhistory]