Back to catalog
Lot 93 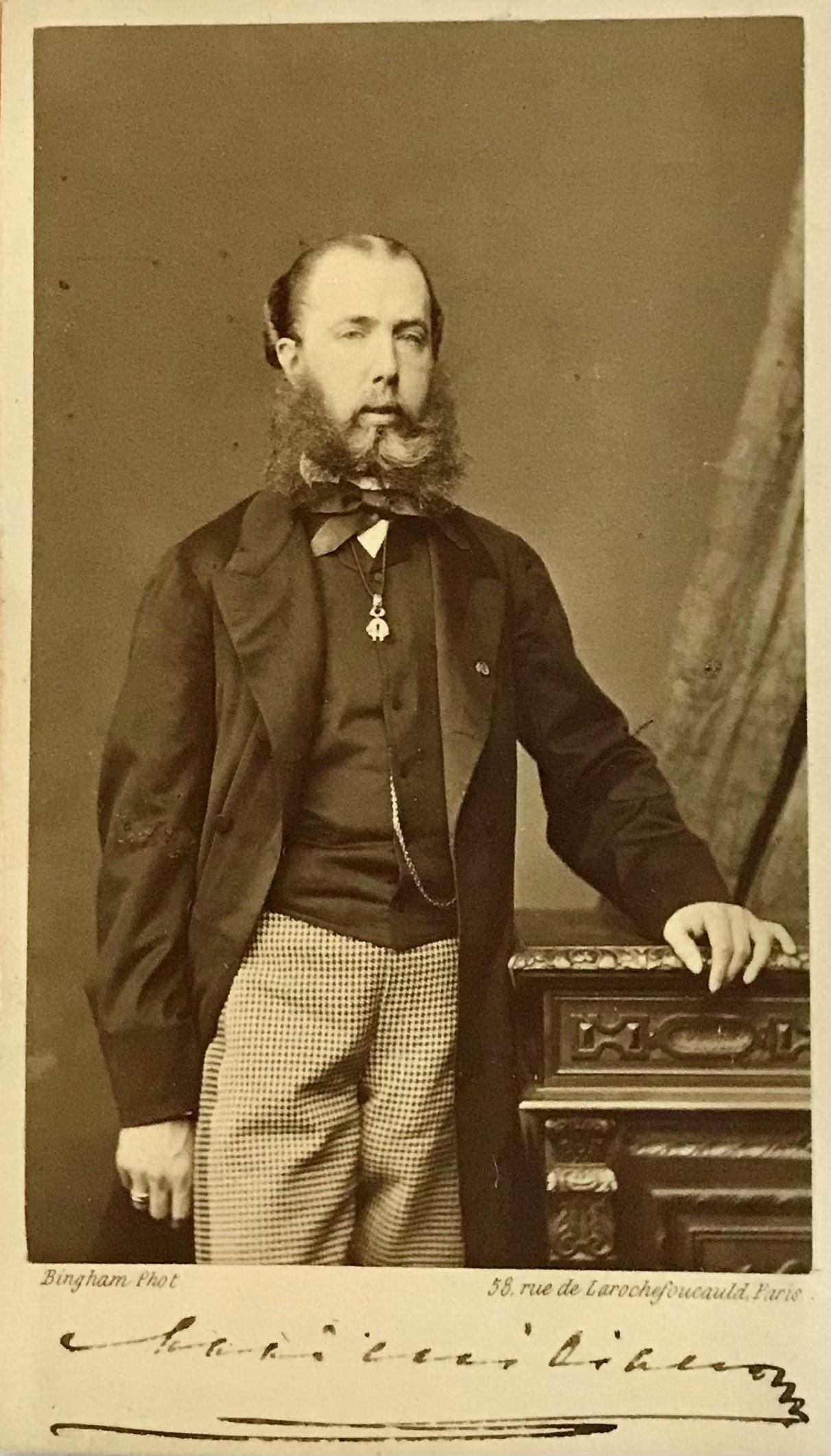 MAXIMILIAN, EMPEROR OF MEXICO. (1832-1867). Brother of Austrian Emperor Francis Joseph and Emperor of Mexico. SP. (“Maximilian”). 1p. CDV. N.p., N.d. A three-quarter length image of the future Emperor of Mexico standing with his left arm resting atop an ornately carved table. Our image was taken by Paris photographer Robert Jefferson Bingham (1825-1870) in the 1860s and is identical to an example found in London’s National Portrait Gallery.

Archduke Maximilian married Princess Charlotte, daughter of Leopold I of Belgium, in 1857. In 1863, following France’s partial conquest of Mexico, the archduke was offered the Mexican throne by a group of prominent Mexican citizens acting under the direction of French Emperor Napoleon III. At Charlotte’s insistence and with his brother’s blessing, Maximilian arrived in Mexico a year later to assume power in a country overwhelmingly unwilling to accept Hapsburg rule, and took up residence at Chapultepec Castle, home of Mexico’s rulers since the 14th century. With the United States’ refusal to recognize his legitimacy and Napoleon III’s withdrawal of support, Maximilian was left to the mercy of Mexican nationalist Benito Juarez and his army. Captured by Juarez’s troops on May 15, 1867, Maximilian was executed by firing squad a month later. Charlotte, known in Mexico as Carlota, had left earlier for Europe in the hope of gaining Napoleon III and his wife Eugenie’s and the Pope’s support. Refused assistance from the French royal couple, and unable to receive an audience with Pope Pius IX, Carlota suffered a nervous breakdown during her trip and outlived her husband by sixty years, a victim, not generally known, of paranoid schizophrenia.

Mounting traces on the verso, otherwise in excellent condition. Extremely rare. This example, sold in 1990, is the only signed photograph of Maximilian registered in the online American Book Prices Current in 45 years. [indexhistory]