Back to catalog
Lot 92 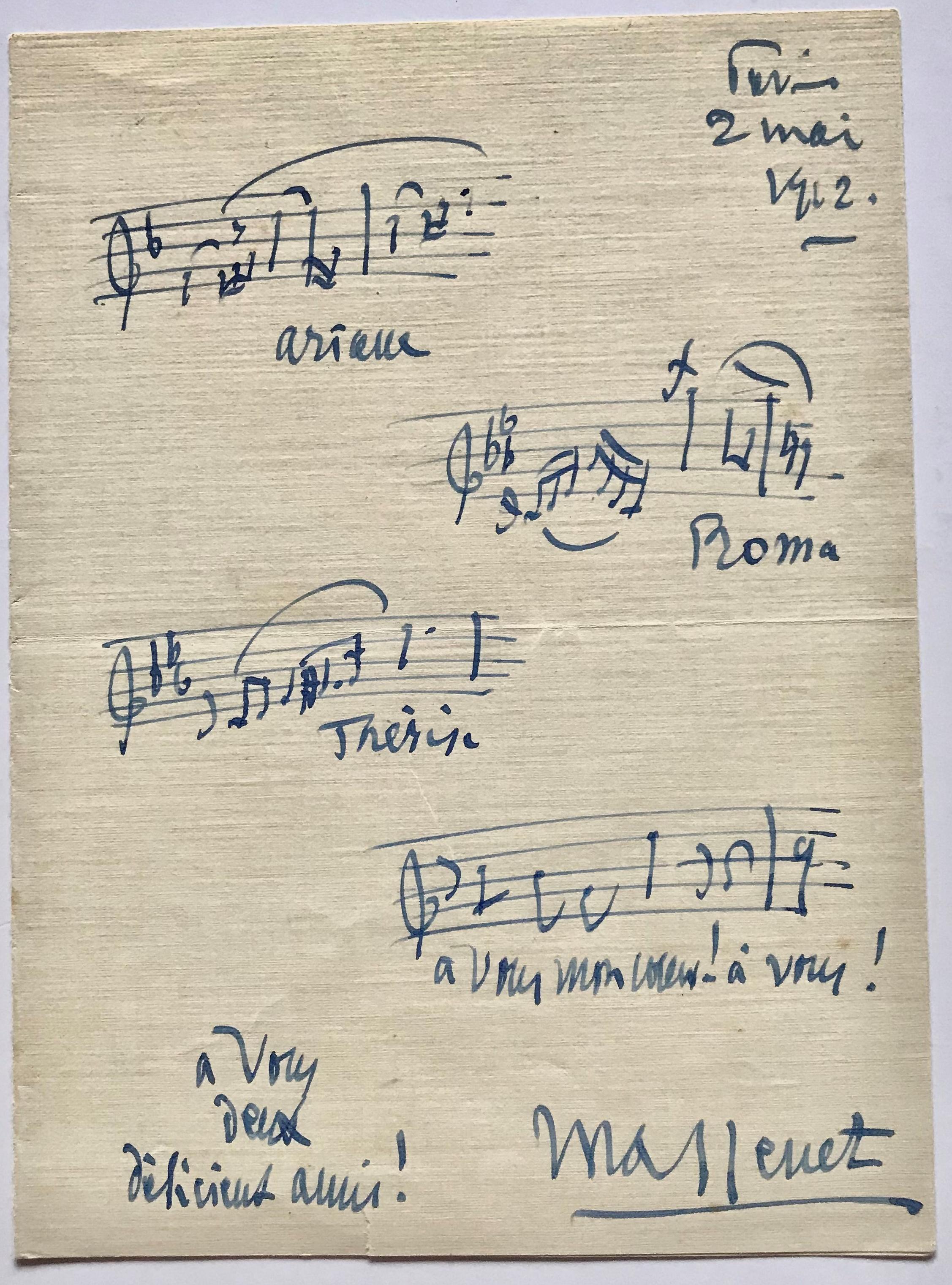 MASSENET, JULES. (1842-1912). The most prolific and important French opera composer of his time. AMusQS. (“Massenet”). 1p. 8vo. Paris, May 2, 1912. Inscribed in French, “to you two delicious friends!” Four quotations, each identified underneath as originating from his operas Ariane, Roma, Thérèse, and Don César de Bazan (the latter identified from Massenet’s handwritten lyrics “a vous mon coeur! A vous!”).

Massenet’s influence on turn-of-the-century French music was profound. Not only did his many operas bridge traditional opera to a more modern style, but his teaching at the Paris Conservatory beginning in 1878, shaped the work of nearly every major French composer of his era. His numerous works for voice, piano, orchestra, and chorus – now largely forgotten – have been eclipsed by the success of his operas Werther, Thais, Sapho, and Manon.

The unsuccessful four-act comic opera, Don César de Bazan, which premiered at Paris’ Opéra-Comique in 1872, was Massenet’s first full-length opera. Subsequent works established his reputation, especially Manon in 1884. In total, Massenet wrote more than 30 operas, including a substantially rewritten Don César de Bazan. His later works include the five-act opera Ariane, inspired by the Greek mythological character Ariadne, which premiered at Paris’ Palais Garnier in 1906; the lesser-known two-act opera, Thérèse, set during the French Revolution, premiered at the Opéra de Monte-Carlo in 1907; and Roma, a five-act opera set in Ancient Rome, also had its premiere at the Opéra de Monte-Carlo 1912. It was Massenet’s last work to be staged during his lifetime.

Neatly and elegantly written in blue ink on a folded sheet with a bold signature. In excellent condition. [indexMusic]