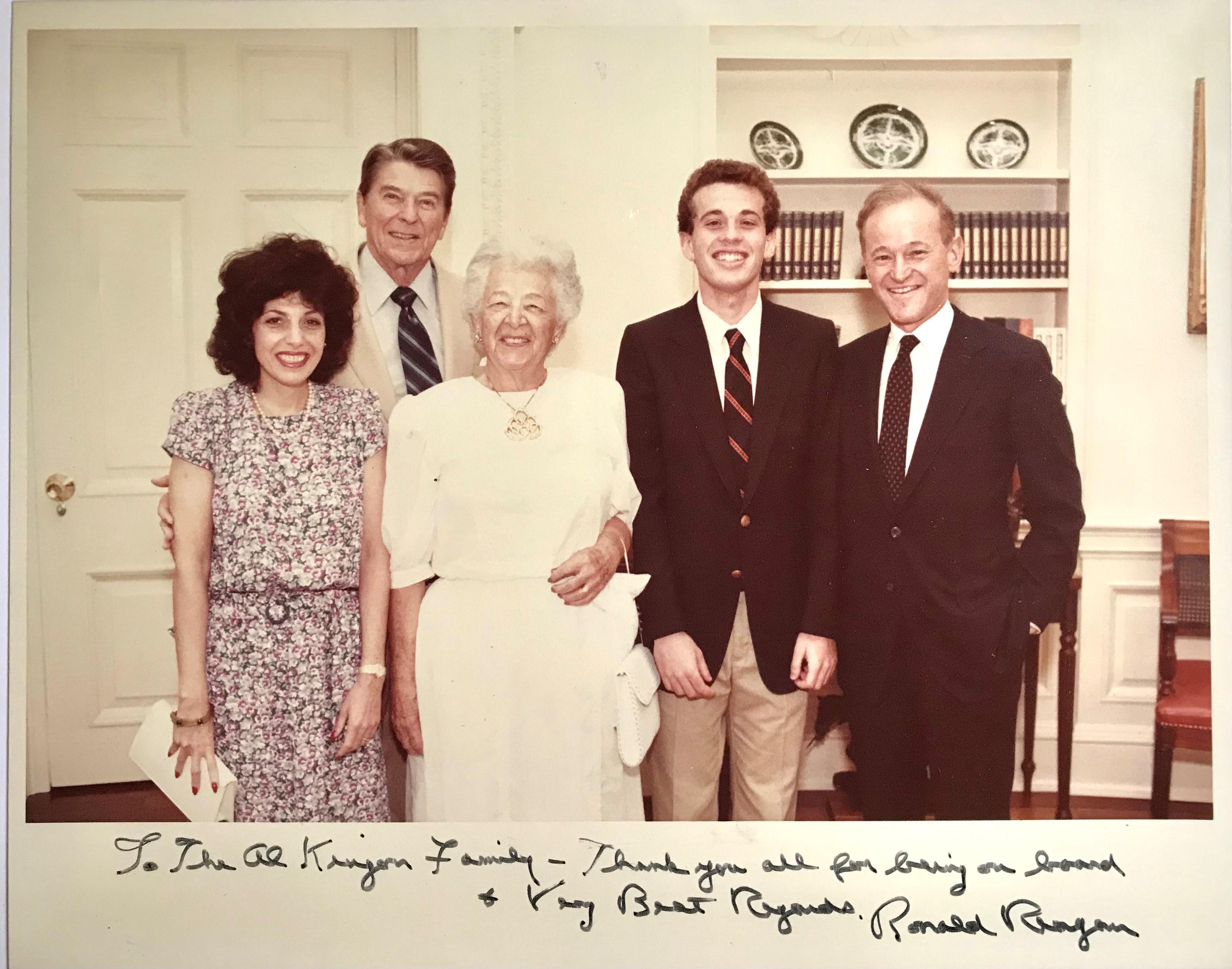 Following a successful Hollywood career, during which he made more than 50 films, Reagan entered politics campaigning for Senator Barry Goldwater (known as “Mr. Conservative”) during his 1964 presidential bid. Reagan, who had only switched his party affiliation from Democrat to Republican several years earlier, began to gain prominence within the party and, in 1966, was nominated as the Republican candidate for Governor of California, an office he held on to for two terms before becoming a popular two-term U.S. president. The mixture of liberal and conservative traits embodied by Reagan led to a reshaping of the Republican Party and a phenomenon known as the “Reagan Democrat,” Democrats who vote Republican because of their conservatism on certain issues.