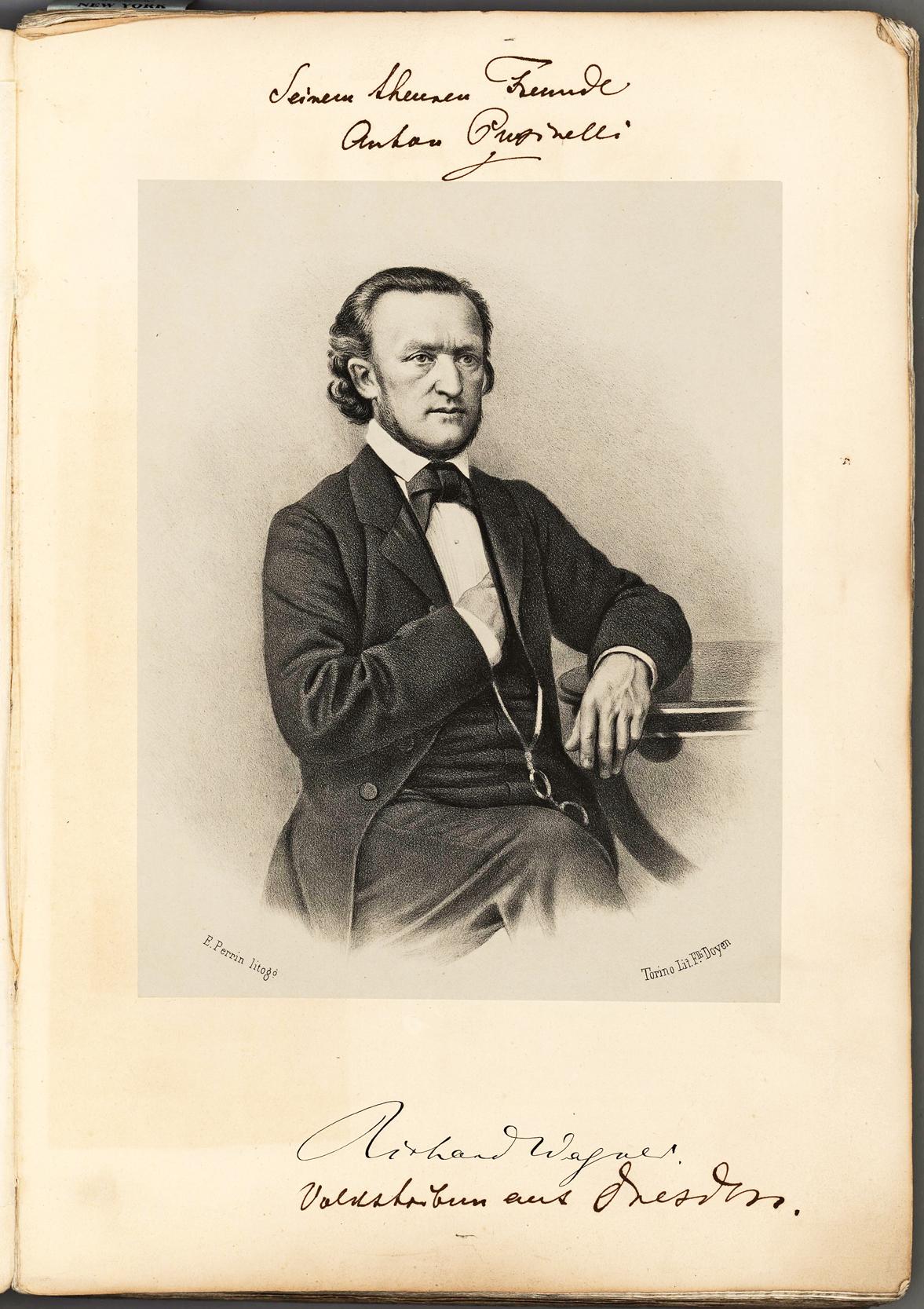 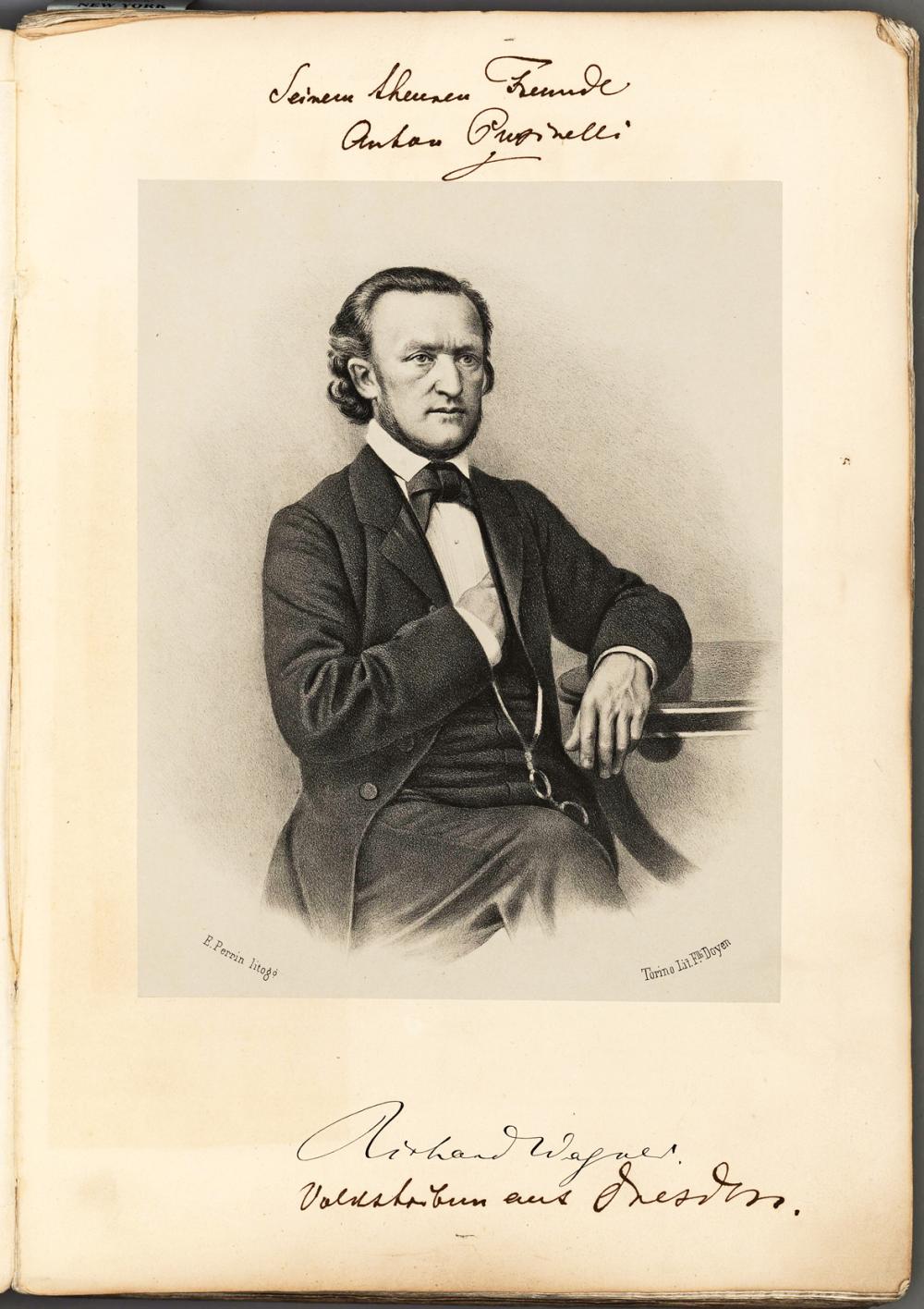 In 1840, Wagner composed Rienzi, based on Edward Bulwer-Lytton’s 1835 novel Rienzi, the Last of the Tribunes about Cola di Rienzi, the leader of a 14th-century populist revolt. One of Wagner’s earliest works, it is notable for its French Grand Opera style, and aesthetic vastly different from Wagner’s subsequent works. In fact, despite a successful 1842 premier and its ongoing popularity, Wagner later renounced the work, though it helped him earn a post as Dresden’s Royal Saxon Court Conductor during the 1840s. Wagner remained in Dresden for six years but “in 1845-46 pecuniary troubles again began to press upon Wagner. The success of Rienzi had naturally led him to hope that his operas would soon find their way to the leading theatres. To facilitate this he had entered into an agreement with a firm of music publishers (C.F. Meser, Dresden) to print the pianoforte scores of Rienzi and the Holländer… The results, however, proved disastrous. Issued at high prices, and by publishers whose business relations were not very extensive, the editions did not sell well, and Wagner became liable for a considerable sum,” (The New Grove Dictionary).

Adding to his troubles, in 1849, Wagner’s participation in Dresden’s May uprising led to a warrant for his arrest and precipitated his flight to Zurich. It is likely that our inscription refers to these events. There he found a patron, silk merchant Otto Wesendonck, who afforded him the opportunity to work on Der Ring des Nibelungen and, beginning in 1854, Tristan und Isolde. Wagner’s interest in the theme of adulterous love was no doubt influenced by his affair with Wesendonck’s wife Mathilde.

Pusinelli was a pediatrician at the Saxon court and a life-long friend and financial supporter of Wagner. In August 1868, Wagner asked him to send the German score of Rienzi to Lucca in Milan and handle negotiations for an Italian production. However, Italy’s first performance of Rienzi did not take place until 1874 in Venice. Wagner’s correspondence with Pusinelli was published in 1972, edited by Elbert Lenrow.

In the original green paper wrapper. The front cover is separated and chipped, but present. A tear has been repaired on the verso with tape. Dust stained with normal edge wear and bumping at corners. Inscription page is clean and in very good condition. Rare in this format. [indexMusic]