Back to catalog
Lot 53 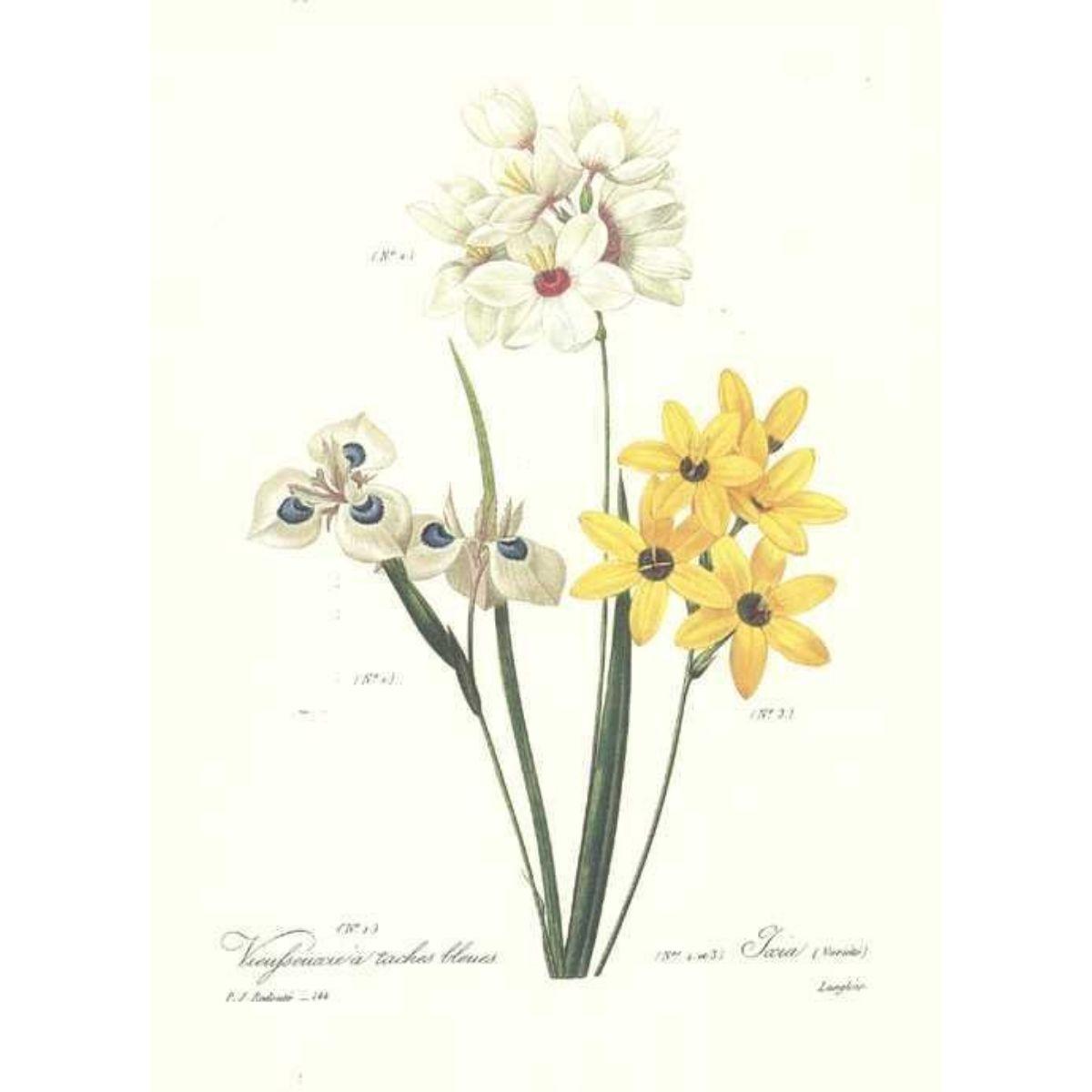 Modern print, after Pierre-Joseph Redoute ( French 1759-1840 ) Original Redoute stipple engravings with hand-coloring bring thousands of dollars per print. This modern re-print was created in the 1980's. 11" X 14". Comes with mat & backboard ready to frame. Redoute is unquestionably the best-known botanical illustrator of any era. The decorative appeal of his original engravings led to their modern reproduction, which in turn popularized Redoute's work in a way unique among botanical artists. Born into a family of artists in what is now Belgium, Redoute's talent was recognized & encouraged from an early age. Eventually, Redoute had, as pupils or patrons, five queens & empresses of France, from Marie-Antoinette to the Empress Josephine & her successor, Marie-Louise. Despite many changes of regime in a turbulent epoch, he worked without interruption, eventually contributing to over fifty works on natural history & archeology. The luminosity of stipple engraving, a technique perfected by Redoute, is particularly suited to the reproduction of botanical detail. The medium involved engraving a copper plate with a dense grid of dots that could be modulated to convey delicate gradations of color. Because the ink rested on the paper in miniscule dots, it did not obscure the "light" of the paper beneath the color. After this complicated printing process was complete, the prints were finished by hand in watercolor, so as to conform to the exquisite models Redoute provided. Â