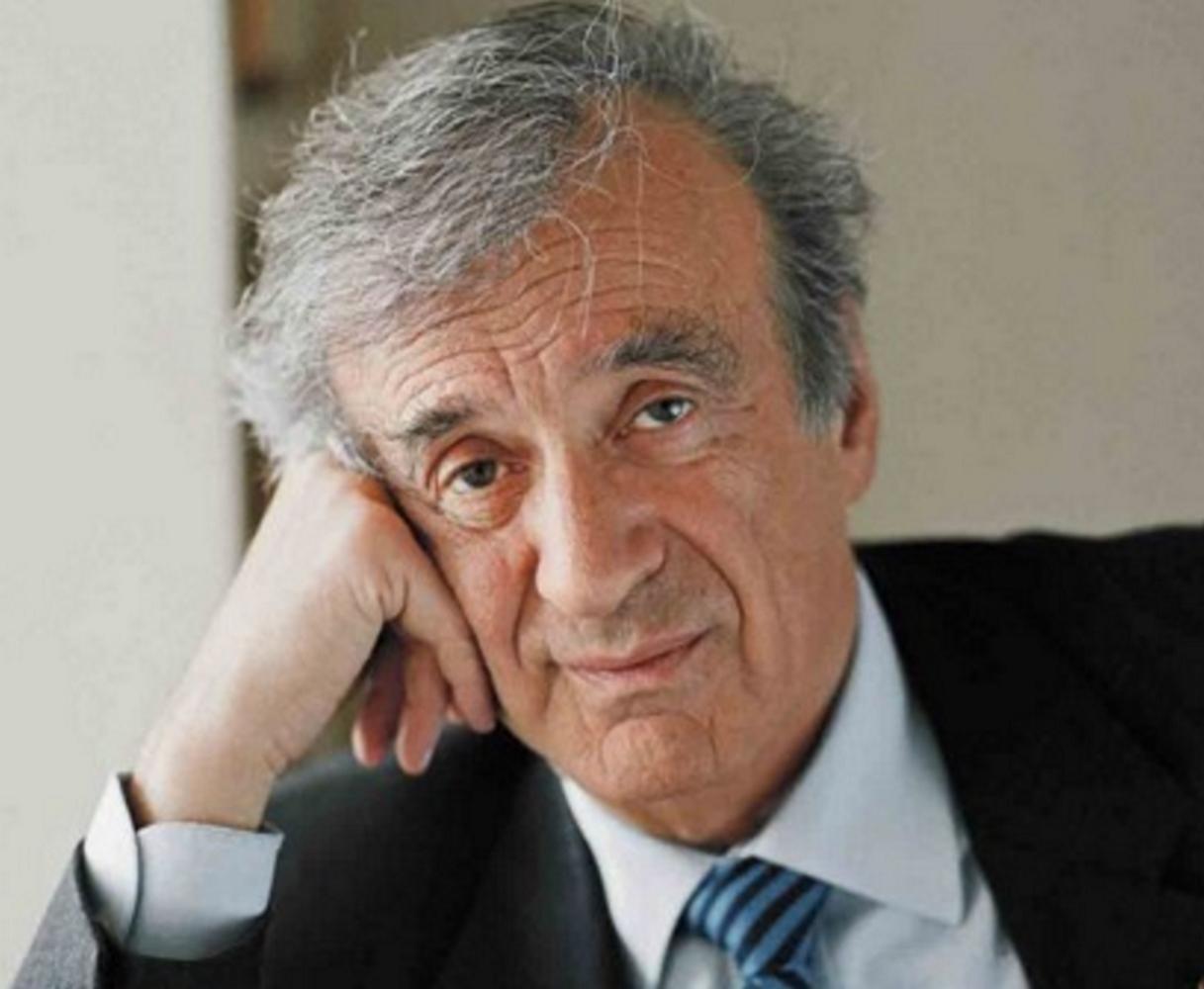 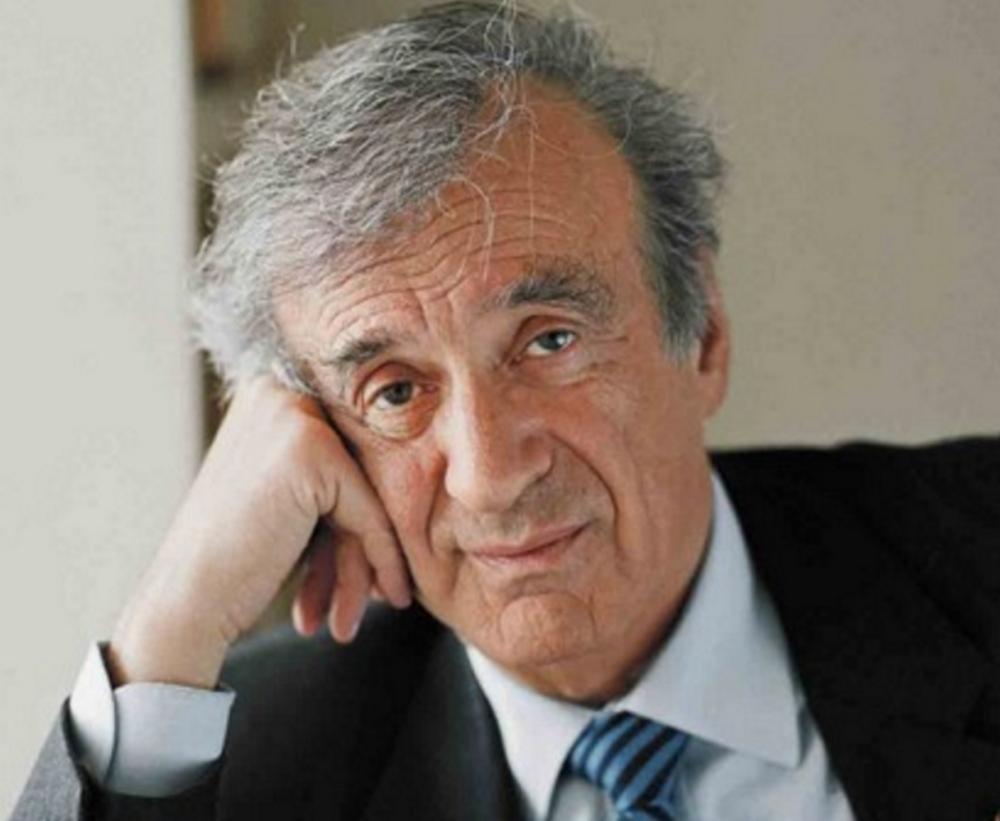 “You can imagine my sadness – Pat was a great stateman – an exemplary friend – I, too, will miss him – With affection…”

Moynihan served in the Kennedy and Johnson administrations as assistant secretary of labor until 1965. Following a failed bid for election to the New York City Council, Moynihan became director of the Harvard–MIT Joint Center for Urban Studies. Despite being a Democrat, he was selected by Republican President Richard Nixon to be his counselor on urban affairs, and in 1973, Moynihan was appointed U.S. ambassador to India, the world’s largest democracy, to smooth over the two countries’ sometimes uneasy relationship. Moynihan served as President Gerald Ford’s ambassador to the United Nations, where, in 1975, he spoke out against UN Resolution 3379 that declared Zionism a form of racism. Moynihan continued support of Israel while representing New York in the U.S. Senate, a position he held from 1977 to 2001.

Wiesel, a Romanian Jew, was deported with his family to Auschwitz, where his mother and a sister were murdered upon their arrival. He and his father were later taken on a brutal forced march to Buchenwald where his father died from a beating just weeks before the camp was liberated in April 1945. After the war, Wiesel went to Paris where he was reunited with his two surviving sisters, and where he pursued his education while working as a journalist. Wiesel was reluctant to write about his concentration camp experiences, but a decade later he finished a 900-page memoir in Yiddish entitled And the World Remained Silent. While translating the work into French he pared it down to a sparse, chilling narrative. Retitled Nuit (Night), it was published in France in 1955 and, five years later, it appeared in English, becoming one of the seminal works of Holocaust literature. Wiesel continued to write, authoring more than 50 books while working in the United States as a journalist, and regularly speaking about the Holocaust. From 1976-2013 Wiesel was the Andrew W. Mellon Professor in the Humanities and Professor of Philosophy and Religion at Boston University, teaching courses on literature and memory. He was the winner of the 1986 Nobel Peace Prize.

Moynihan and Wiesel worked together to expose anti-Semitism in the Soviet Union. Wiesel spent decades drawing attention to Baba Yar, a ravine near Kiev, Ukraine (a city of 175,000 Jews in 1939) where Nazi “Einstazgruppen” massacred approximately 34,000 Jews in September 1941. The site continued to be used by the Nazis for months, leading to the execution of possibly a total of 75,000 Jews. Two years later, with the Red Army approaching, Nazi officials forced internees from nearby concentration camps to exhume and incinerate the corpses to hide all evidence of the slaughter. Nonetheless, the massacres at Baba Yar were reported by the Russian press and a memorial was planned for the site, only to be suppressed in the late 1940s, when anti-Semitism became central to Soviet propaganda and policies. Soviet history was expunged of information about the Holocaust and Nazi persecution of the Jews, nor did it discuss Baba Yar. In 1961, at least 150 people were killed in a mudslide caused by a dam constructed at Baba Yar, again drawing attention to the site, as human remains from the mass murder were exposed. That same year Ukrainian poet, Yevgeny Yevtushenko, wrote “Babi Yar,” which condemned anti-Semitism. However, under Soviet leaders Nikita Khrushchev and Leonid Brezhnev (both Ukrainian), anti-Semitism continued as state policy. To raise awareness, Wiesel visited Baba Yar in 1965, 1979 and September 1991, to mark the 50th anniversary of the massacre. That year, the Soviets erected a monument at Baba Yar without mentioning Jews. Moynihan penned a letter to President George H. W. Bush on September 1991, objecting to the Baba Yar memorial and mentioning Wiesel’s visit. Moynihan also urged Bush call for the U.N. to revoke the notorious 1975 Resolution 3379, which had been sponsored by the Soviet Union. In October 1991, Moynihan published an article in The Washington Post about the resolution entitled “Resolution Is Traced To Soviets, Zionism Declaration Was The Big Red Lie,” in which he commended President George H.W. Bush’s call for the resolution’s revocation. Wiesel was able to persuade Ukraine to vote to rescind its support and the resolution was revoked on December 16.

Elizabeth Moynihan was very active in politics, acting as Moynihan’s campaign manager and advising him throughout his career.