Back to catalog
Lot 87 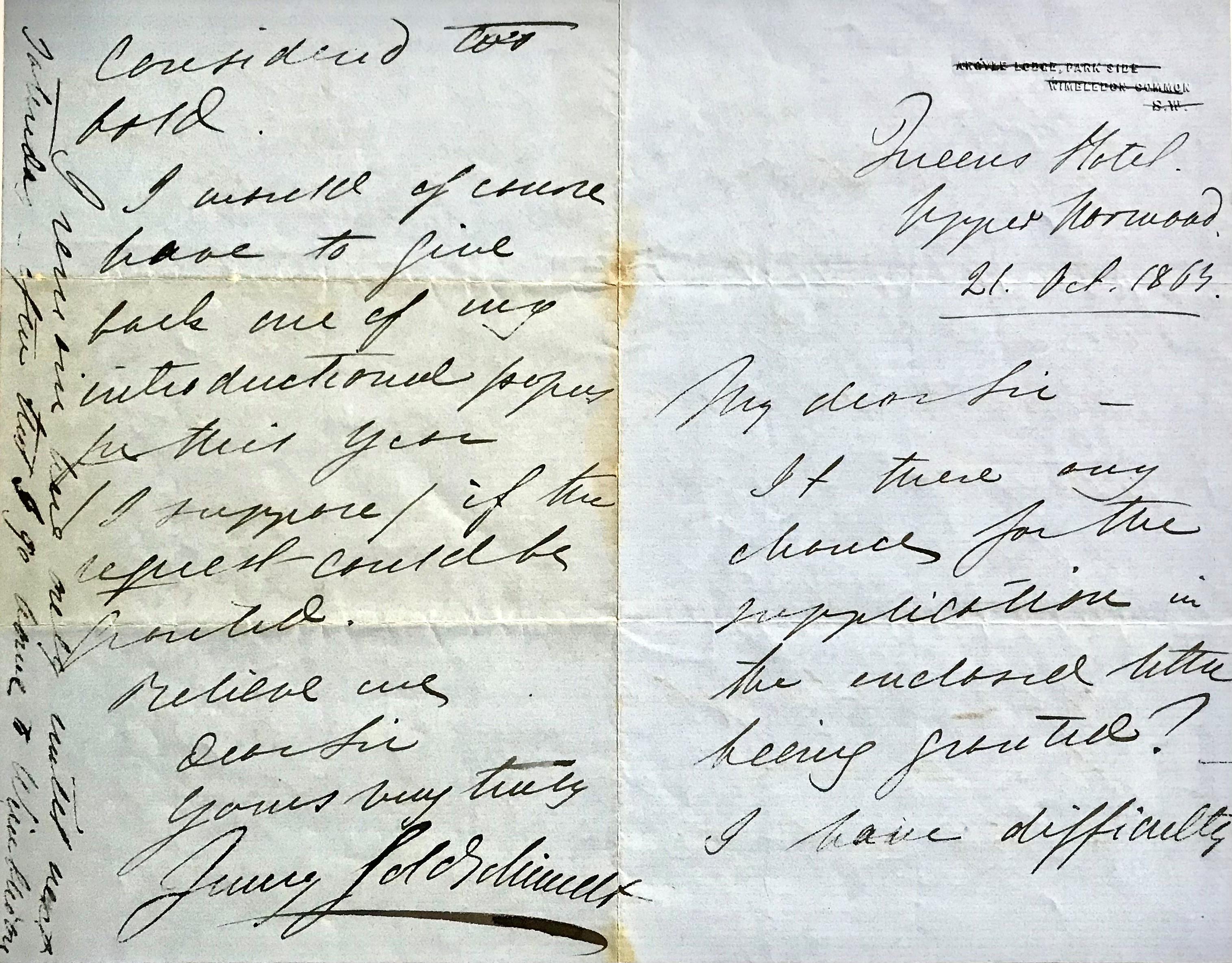 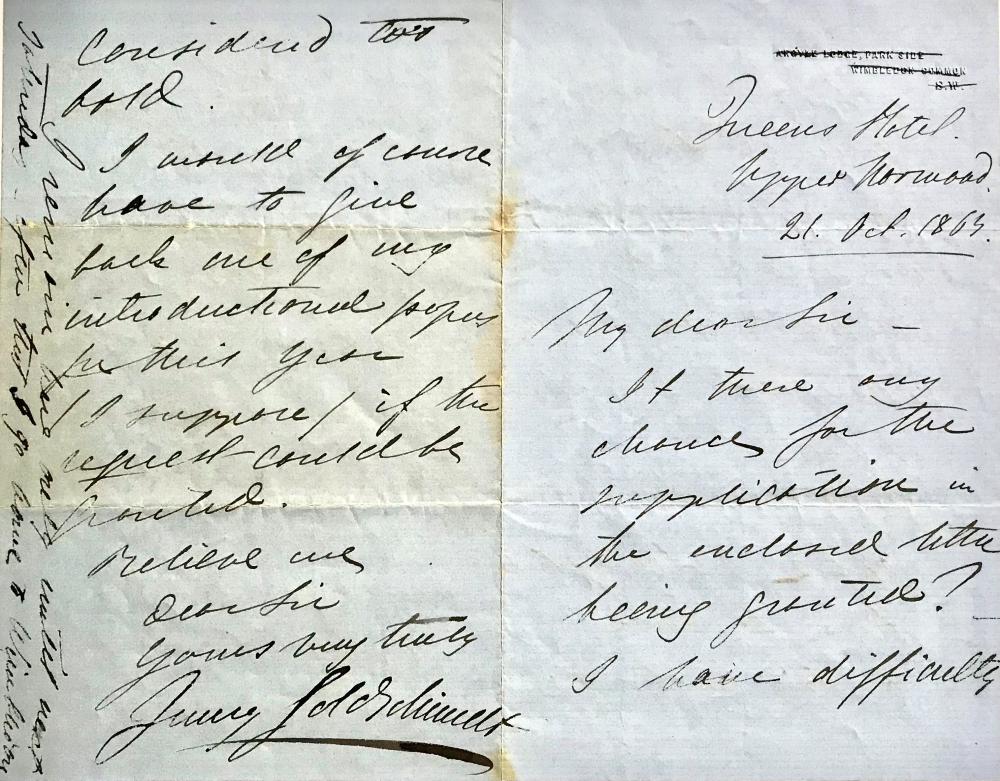 LIND, JENNY. (1820-1887). Swedish coloratura soprano; nicknamed “the Swedish nightingale.” ALS. (“Jenny Goldschmidt”). 4pp. 4to. Upper Norwood, October 21, 1863. On her blind-embossed Wimbledon Common stationery which she has struck through to add the address of the Queens Hotel in Upper Norwood. To a gentleman.

“Is there any chance for the supplication in the enclosed letter beeing [sic] granted? I have difficulty to ask any special favors from your Committee as I already have enjoyed so much attention – but I feel it my duty for the Lady’s sake who asks this favour to try what I can – and to assure you that I would feel very grateful to the committee if my prayer was granted for a renewal for poor Thomas Beddoes but shall by no means feel astonished if my request is considered too bold.

The illegitimate and unwanted daughter of a struggling schoolmistress, Lind became “the most idolized woman of her time, and the first woman ever to be memorialized in Westminster Abbey,” (Jenny Lind: The Swedish Nightingale, Shultz). She began performing at age 10, earning her first big role in 1838 and, by 20, she was a member of the Royal Swedish Academy of Music. In 1844, she began to perform throughout Germany and Austria, earning the moniker “the Swedish Nightingale” and the admiration of Robert Schumann, Hector Berlioz and Felix Mendelssohn. Lind and Mendelssohn maintained a close relationship, the composer even attending Lind’s London debut. His unfinished opera Lorelei was composed for her.

However, deeply religious Lind became convinced that opera was immoral and, in 1849, reinvented herself as a soloist. Following her illustrious, albeit brief, operatic career, Lind settled in Wimbledon Common with her husband and accompanist, Otto Goldschmidt, a German composer, pianist and student of Mendelssohn. In 1883, Lind became a professor of singing at the Royal College of Music.

Our letter regards a request for “poor Thomas Beddoes,” possibly the English poet Thomas Lovell Beddoes (1803-1849), the son of the eminent physician Thomas Beddoes who himself studied medicine while publishing poetry. Fixated on death, he was expelled from his medical studies in Göttingen after attempting to prove the existence of the soul after death. In 1849, he committed suicide. His Death’s Jest Book and Collected Poems were posthumously published. Our letter may regard a memorial requested by a female relative on his behalf.

Written on a folded sheet. Folded into thirds and in fine condition. [indexMusic]