Back to catalog
Lot 26 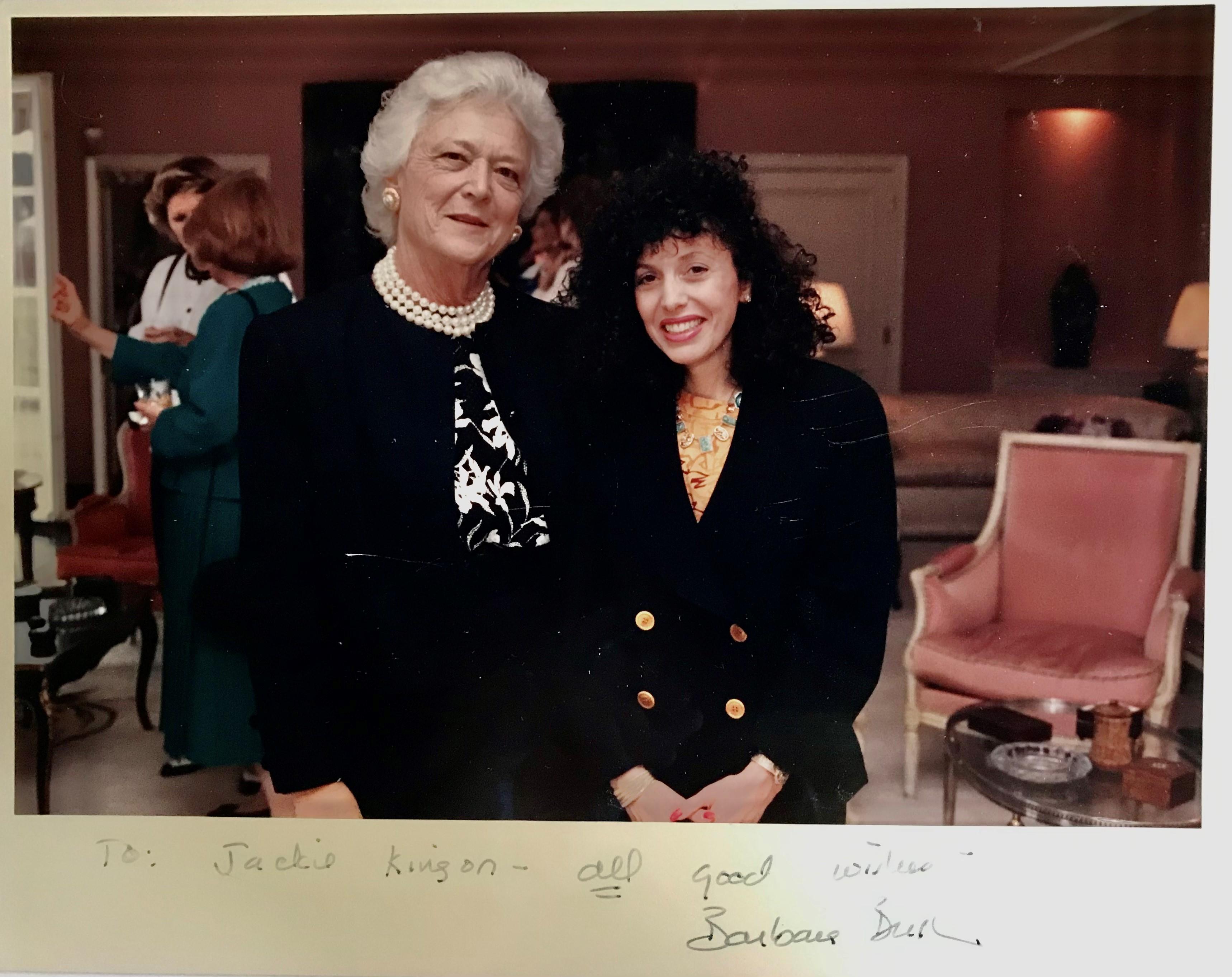 The daughter of a New York publisher, Barbara Pierce married George H.W. Bush in 1945, then a Navy pilot and son of a Connecticut Senator. The couple eventually moved to Texas where Bush made his fortune in oil becoming a millionaire by age 40. Bush went on to be a successful politician, representing Texas in the House of Representatives, serving as Ambassador to the United Nations under President Nixon and, under President Ford, serving as a diplomat in China. After a stint as director of CIA, he was Ronald Reagan’s vice president for eight years with Barbara serving as second lady. Following Bush’s 1988 election to the presidency, Barbara worked to advance literacy in the United States.

Alfred Kingon was a Wall Street investment adviser and publisher of Financial World and Saturday Review who served as Assistant Secretary of Commerce from 1983-1984 and Reagan’s cabinet secretary from 1985-1987, playing “a central role in domestic, agricultural, economic and trade policy,” and the U.S. ambassador to the European Union from 1987-1989, (“Working Profile: Alfred H. Kingon; Being a Fly on White House Wall and Loving It,” The New York Times, Weinraub).

Inscribed in the lower margin of the photo. With a date stamp on the verso. In fine condition, though the inscription in green ink is a bit light. [indexhistory]