Back to catalog
Lot 83 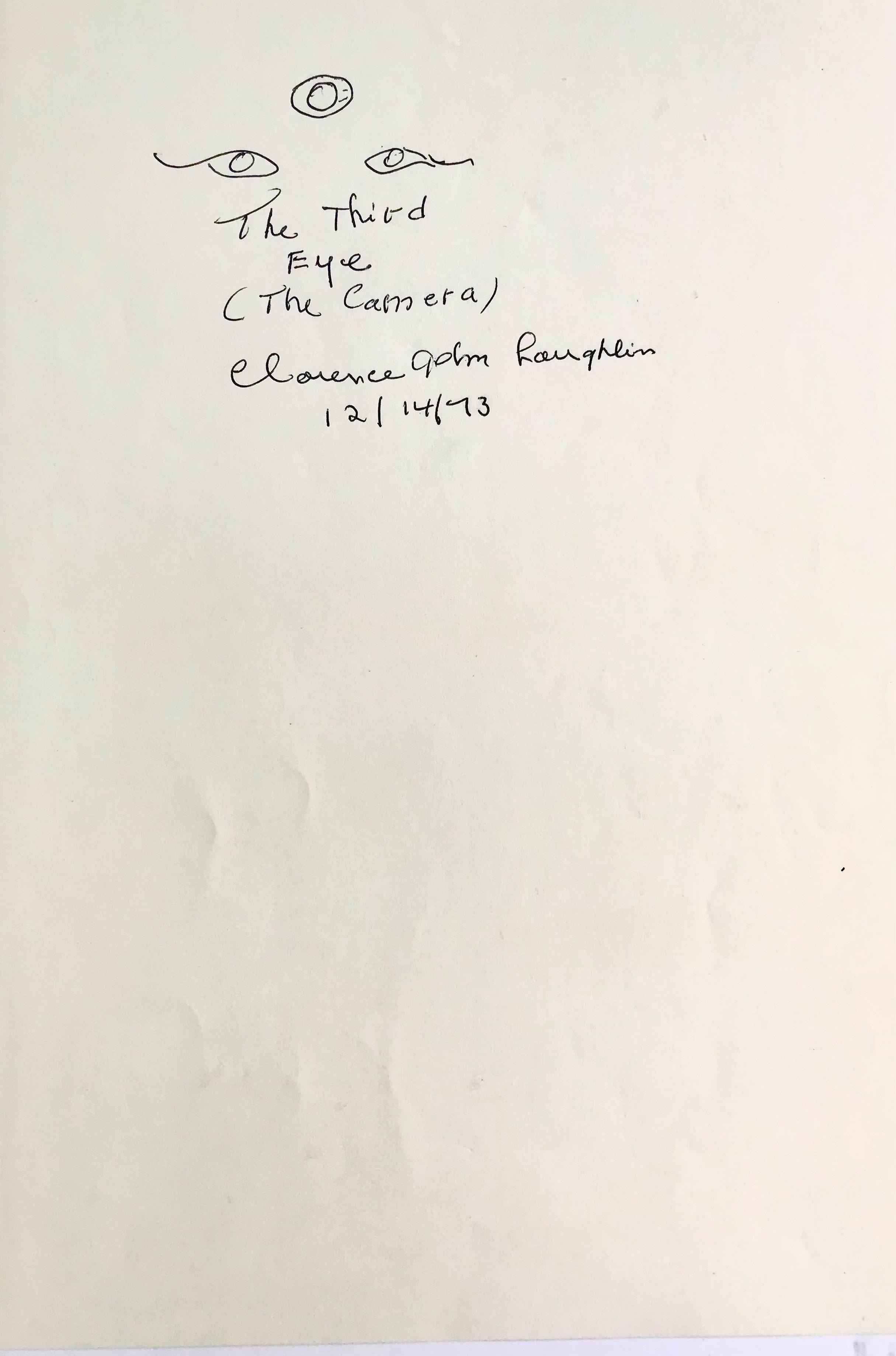 A native of Louisiana, Laughlin grew up poor in New Orleans. Despite dropping out of school around age 15, he aspired to become a writer, but fell in love with photography, developing a style influenced by French symbolism. After working for Vogue under Edward Steichen, with whom he disagreed, Laughlin focused on his own projects, becoming known for his surrealist photographs of southern architecture and the literary captions which he considered part of his artwork. In 1948, he published Ghosts Along the Mississippi: The Magic of the Old Houses of Louisiana, representative of his oeuvre.

In 1938, Laughlin wrote “For me… the camera becomes a third eye. It enables me to see more intensely than with my two eyes alone, it helps me to reveal the symbolic contents of objects, their relationships with larger and more inclusive reality beyond themselves,” (Clarence John Laughlin: Prophet Without Honor, Meek). Elaborating on this concept, Laughlin exhibited a collection of his photographs entitled “The Camera as a Third Eye” and lectured on the topic, speaking on “the methods whereby the glass eye of the camera can be related to the inner eye of the imagination [and] the reasons why photography can be considered art, since he believes that the camera is a machine only when it is used mechanically,” (February 9, 1950 lecture announcement, website of the Art Institute of Chicago’s Society for Contemporary Art, https://scaaic.org/event/clarence-john-laughlin/). Laughlin “also worked on a book he called The Camera as a Third Eye, based on an article published in Mademoiselle. He felt it would appeal to a creative audience, but it went nowhere with publishers. Laughlin wanted to address metaphysics in photography and create ‘the most beautiful book ever made’ on the subject. But no publisher would give him the complete creative control he demanded,” (op. cit., Meek).

Recognized by art historians as the first surrealist photographer in America, Laughlin is remembered for “his atmospheric depictions of decaying antebellum architecture that proliferated his hometown of New Orleans, [and for approaching] photography with a romantic, experimental eye that diverged heavily from his peers who championed realism and social documentary,” (“Strange Light: The Photograph of Clarence John Laughlin,” website of the High Museum of Art, https://high.org/exhibition/strange-light-the-photography-of-clarence-john-laughlin/).

Written in the top third of a blank sheet and in near mint condition – rare.