Back to catalog
Lot 35 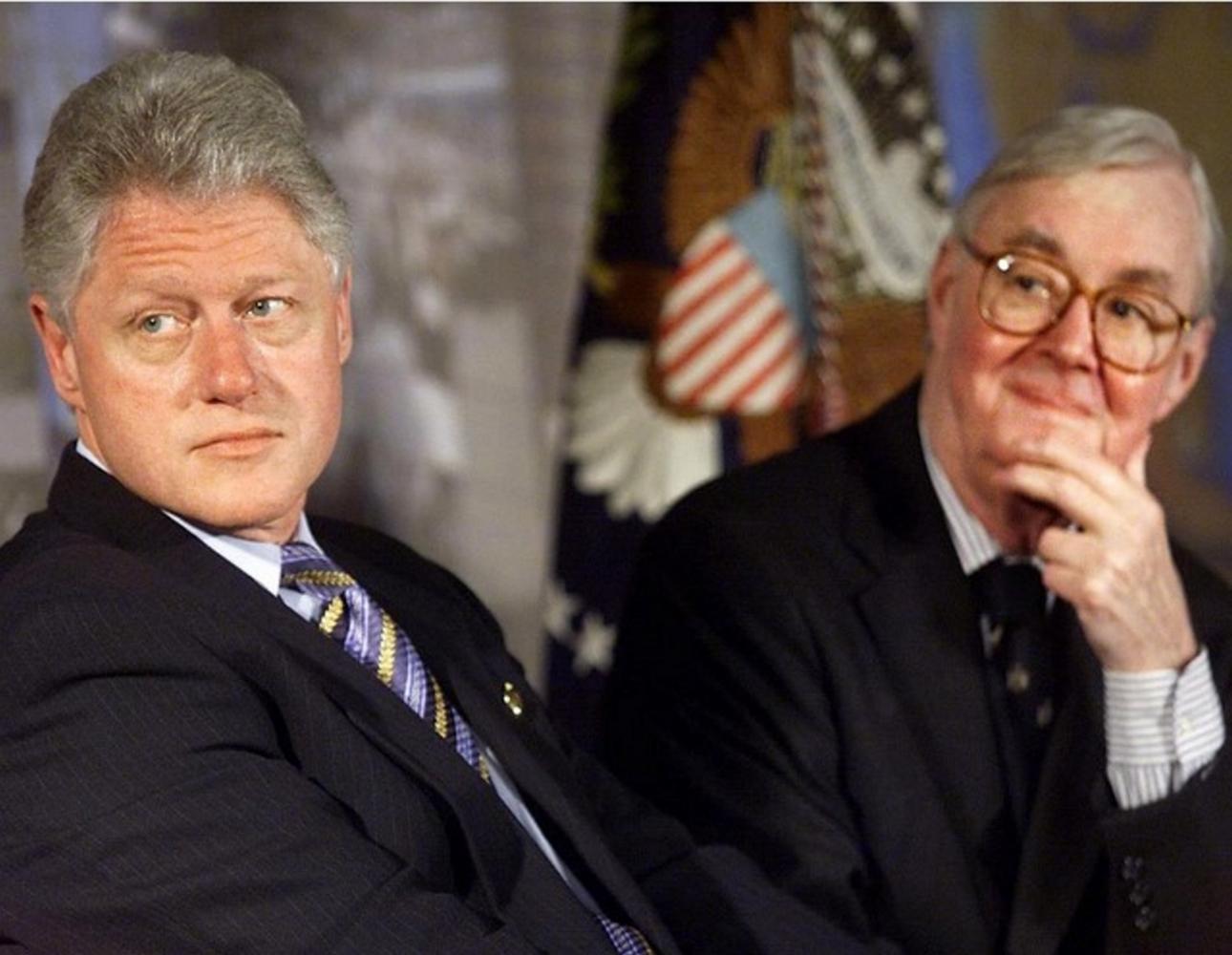 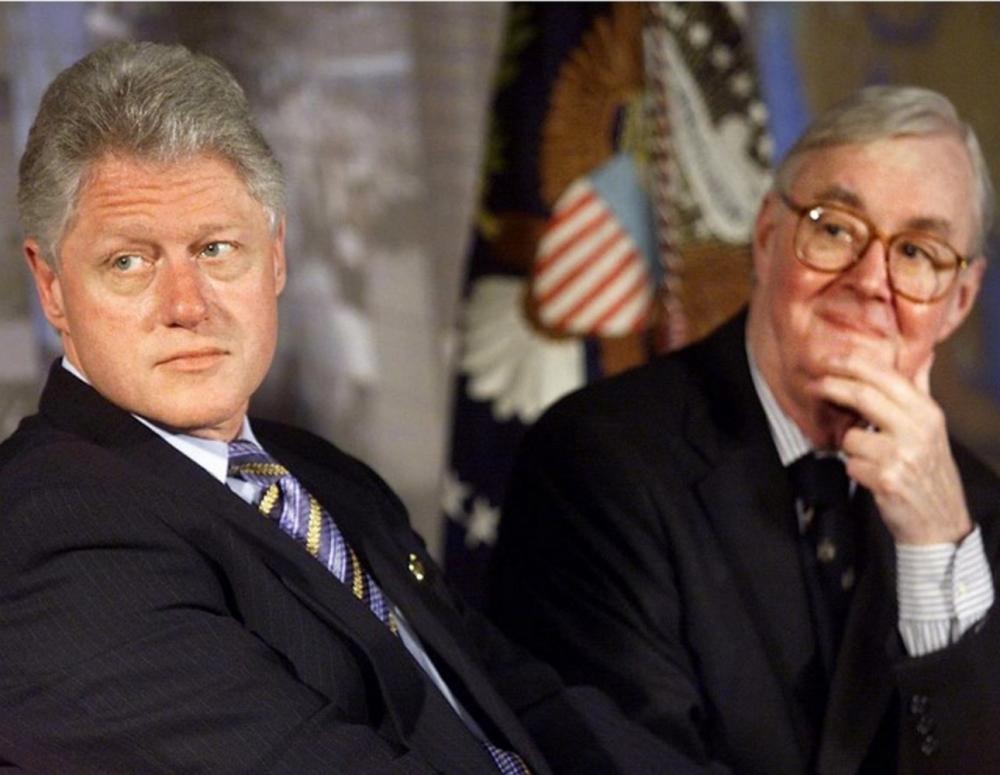 “Thank you for your vote yesterday to invoke cloture permitting the Senate to proceed to consideration of S. 1269, the Reciprocal Trade Agreements Act of 1997. Your vote gives us the opportunity to move forward and pass this critically important legislation renewing traditional trade negotiating authority. This authority envisions a close partnership between the President and the Congress as we negotiate trade agreements that benefit American workers and American firms. Your vote, and your continued support for the ‘fast track’ legislation, will enable us to work together to break down foreign trade barriers. This is vital both for the creation of good, high-paying jobs at home and the maintenance of our economic leadership position in the world. Thank you again for your support...”

Clinton, a former Arkansas governor, became the youngest president since Kennedy upon his election in 1993. His re-election made him the first Democrat since FDR to serve a full second term, and he left office with the highest approval rating of any president in the second half of the 20th century. Unfortunately, a series of sex scandals overshadowed his accomplishments. His 1998 impeachment by the House was the second time in American history that a president had been impeached (the first being Andrew Johnson in 1868). Both presidents were acquitted by the Senate.

Moynihan served in the Kennedy and Johnson administrations as assistant secretary of labor until 1965. Following a failed bid for election to the New York City Council, Moynihan became director of the Harvard–MIT Joint Center for Urban Studies. Despite being a Democrat, he was selected by President Richard Nixon to be his counselor on urban affairs, and in 1973, he was appointed U.S. ambassador to India, the world’s largest democracy, in an effort to smooth over the two countries’ sometimes uneasy relationship. Moynihan later served as President Ford’s ambassador to the United Nations and Senator from New York. Clinton bestowed the Presidential Medal of Freedom on the senator in 2000. Although Moynihan and the Clinton White House did not always see eye-to-eye, upon leaving his senate seat in 2001, Moynihan endorsed former First Lady Hillary Clinton who was elected to fill it. After spending eight years as a senator, the former first lady served as President Obama’s secretary of state and, in 2016, became the first woman to lead a major party in the presidential contest and win the popular vote.

Our letter regards Moynihan’s invoking of cloture, the only Senate rule that permits ending a filibuster, an attempt to delay or block legislation. Cloture limits discussion to 30 additional hours of debate.

S. 1269, the Reciprocal Trade Agreements Act of 1997 was a bill designed to renew the president’s authority to change tariffs during trade negotiations. Prior to the 1930s, tariff modifications were the purview of Congress, but the 1934 Reciprocal Trade Agreements Act authorized the president to “to enter into foreign trade agreements with foreign governments... and to proclaim such modifications of existing duties and other import restrictions.” Known as the Fast-Track Authority for Trade Agreements, this authority was renewed for several decades until the 1960s and 1970s when the nature of it changed under Kennedy and Nixon. The Trade Act of 1974 shifted some of the authority of authorizing tariff negotiations back to Congress. That act was reauthorized several times until it expired in 1994. “During the 104th Congress (1995-1996), President Clinton proposed an extension of fast-track authority for agreements reached before December 31, 1999, with a two-year extension beyond that date if the President requested the extension and Congress did not pass a disapproval resolution. The President’s intent was to use fast-track authority to extend the North American Free Trade Agreement to Chile. Democrats supported the President’s proposal,” (“Trade Promotion Authority [Fast-Track Authority for Trade Agreements]: Background and Developments in the 107th Congress,” Issue Brief for Congress, Sek). The bill failed to reach a vote. During the 105th Congress, S. 1269, the Reciprocal Trade Agreements Act of 1997 was introduced on October 1, 1997. “Many Democrats opposed the proposal because it did not include labor and the environment in the core objectives. Many Republicans said that they did not want to include labor or the environment in the agreement at all,” (ibid.). After Moynihan’s and other Democrats’ efforts to bring the bill to a vote, “House Speaker Gingrich agreed, and set the floor vote for November 7th then delayed it to Nov. 9th. President Clinton lobbied hard, but there were not the votes for passage, and House Speaker Gingrich and President Clinton agreed to hold off on the floor vote. House Speaker Gingrich reportedly said that the vote was about 5-25 votes short of passage,” (ibid.). The president’s fast track authority languished until the passage of the Trade Act of 2002, granting conditional authority to the president which expired in 2007.

Never folded and in near mint condition. [indexhistory]