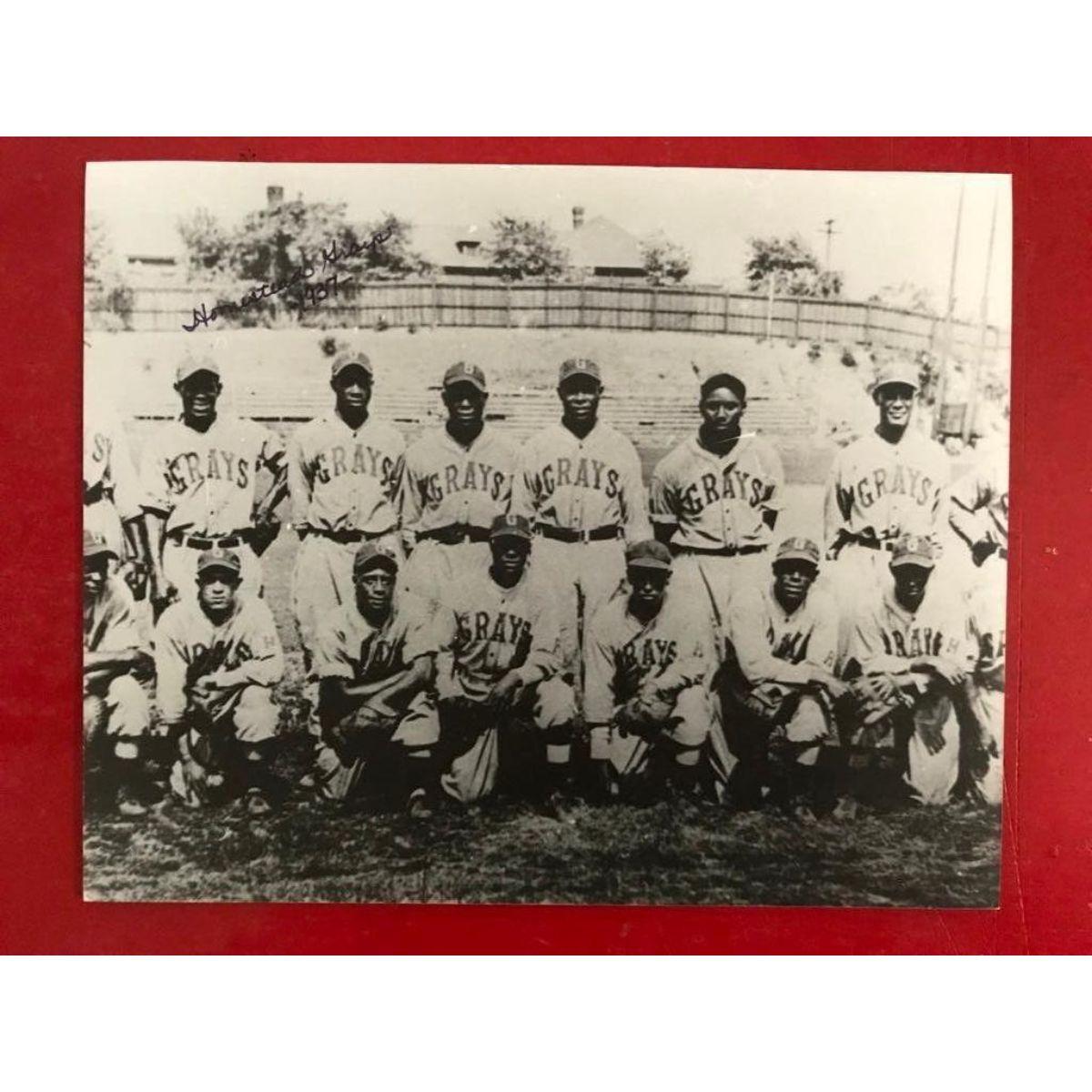 African American History, Negro Baseball League, black & white photo print. "Homestead Grays - 1937". Created in the late 1980's & printed on photo paper. 8" X 10".Â  The Homestead Grays ( also known as Washington Grays or Washington Homestead Grays ) were a professional baseball team, in the Negro Leagues, that wasÂ formed in 1912 by Cumberland Posey, and remained in continuous operation for 38 seasons. The team was originally based in Homestead, Pennsylvania, adjacent to Pittsburgh, but by the 1920s, with increasing popularity in the Pittsburgh region, the team retained the name "Homestead" but crossed the Monongahela River to play all home games in Pittsburgh, at the Pittsburgh Pirates' home Forbes Field and the Pittsburgh Crawfords' home Greenlee Field. From 1940 until 1942, the Grays played half of their home games in Washington, D.C., while remaining in Pittsburgh for all other home stands. As attendance at their games in the nation's capital grew, by 1943, the Grays were playing more than two-thirds of their home games in Washington.