Back to catalog
Lot 46 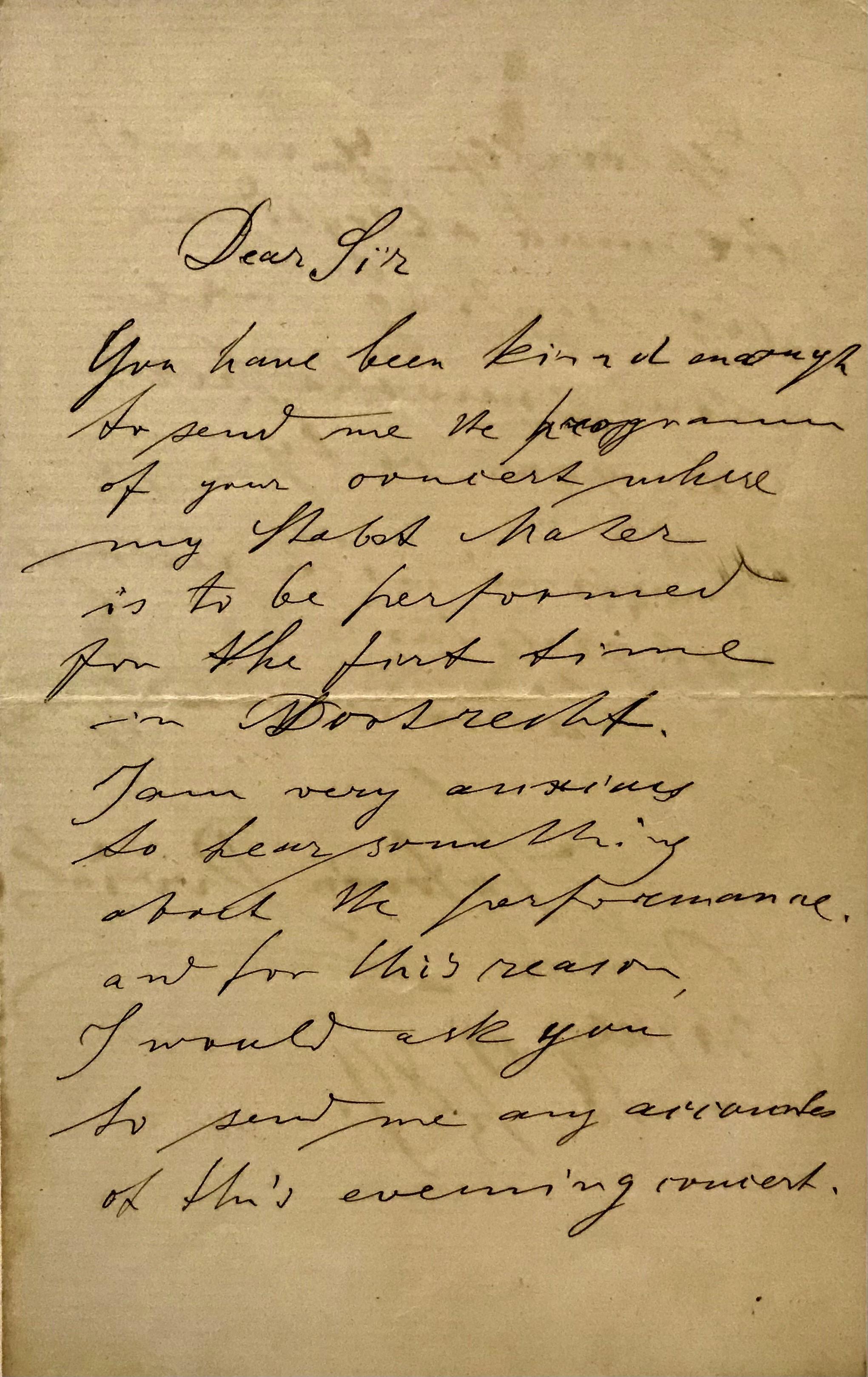 Dvorak Inquires about a Dutch Performance of His "Stabat Mater" 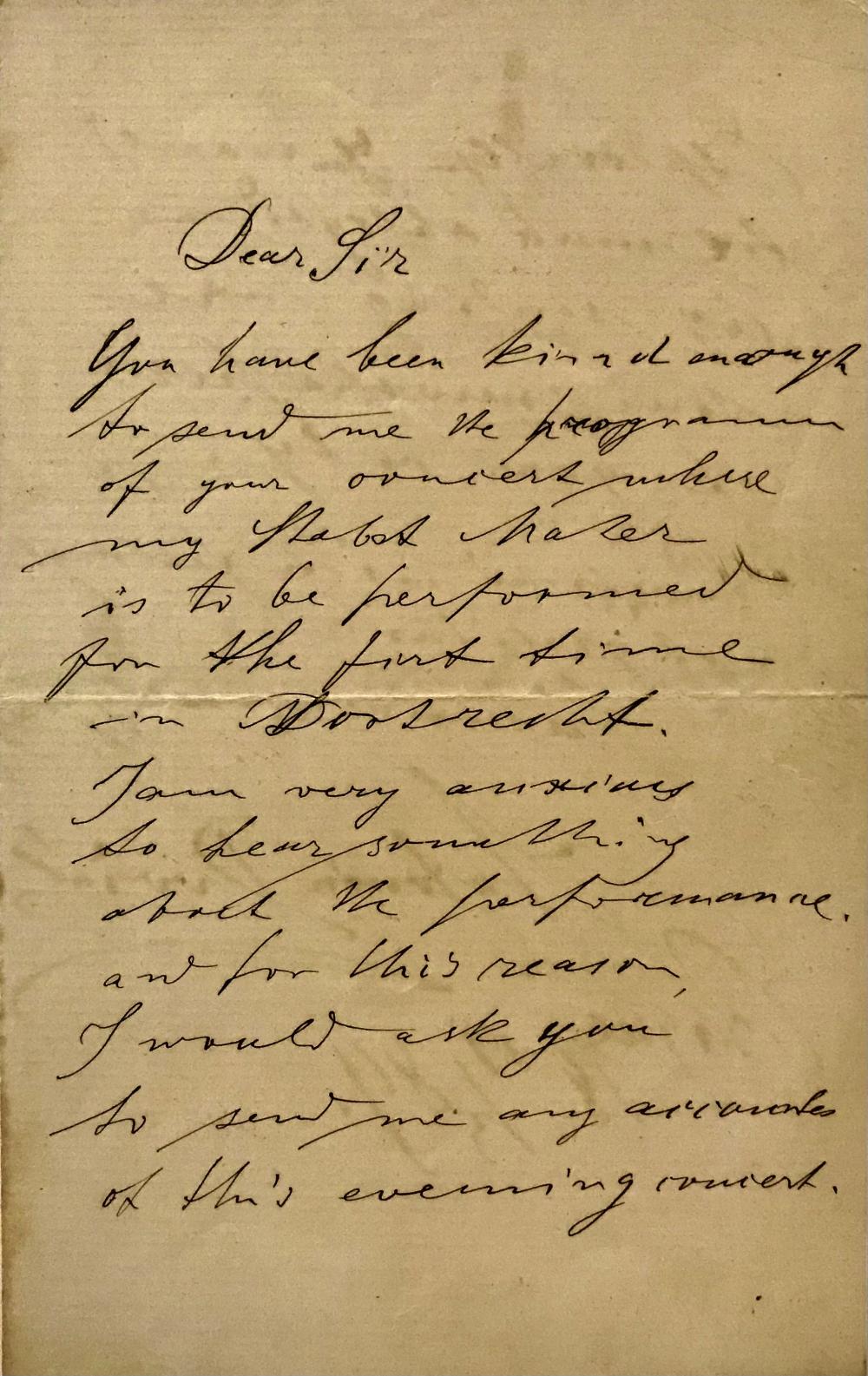 Dvorak Inquires about a Dutch Performance of His "Stabat Mater"

“You have been kind enough to send me the program of your concert where my Stabat Mater is to be performed for the first time in Dordrecht. I am very anxious to hear something about the performance and for this reason I would ask you to send me any accounts of this evening concert. Especially you would much oblige me by sending me some newspapers of your city. … with feelings of gratitude I remain sincerely yours… Please pardon me if I write to you in English but my Bohemian languages you would not understand and your language I regret very much I do not know.”

A prodigious violinist, Dvorak’s talent was first recognized by Johannes Brahms who sat on the jury for the Austrian State Prize for Composition, won by Dvorak in 1874, 1876 and 1877. Brahms recommended the young composer to his publisher Simrock who commissioned Dvorak’s Slavonic Dances, the popularity of which enhanced the composer’s reputation. Much of his work is inspired by his Bohemian heritage, and includes his Moravian Duets, Three Slavonic Rhapsodies, Hussite Overture, Rusalka, and the Dumky Trio all of which have Czech, Moravian or other Slavic influences. Dvorak devoted much of his career to promoting Czech music and theater. However, it is his 1893 Symphony No. 9, known as the New World Symphony, composed while director of the National Conservatory of Music in America, for which Dvorak is best known.

Our letter discusses a Dutch performance of his oratorio Stabat Mater, a ten-movement sacred work composed between 1876-1877. Following the composition’s 1880 premiere in Prague, it was performed in London in 1883 and added to Dvorak’s international reputation; it remains one of the composer’s most enduring works.

Written on a folded sheet, with light toning and wear. Boldly signed and in fine condition; uncommon. [indexMusic]