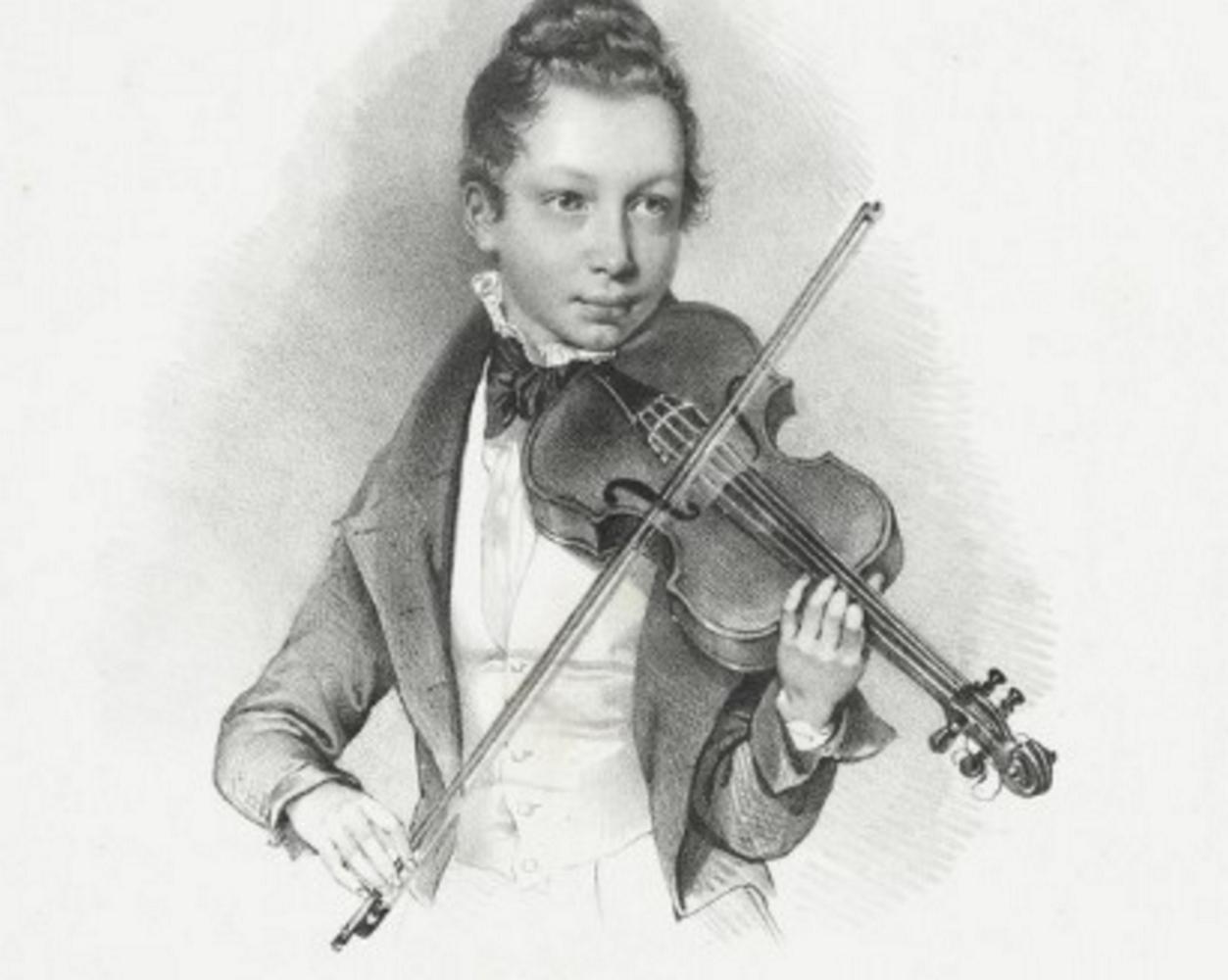 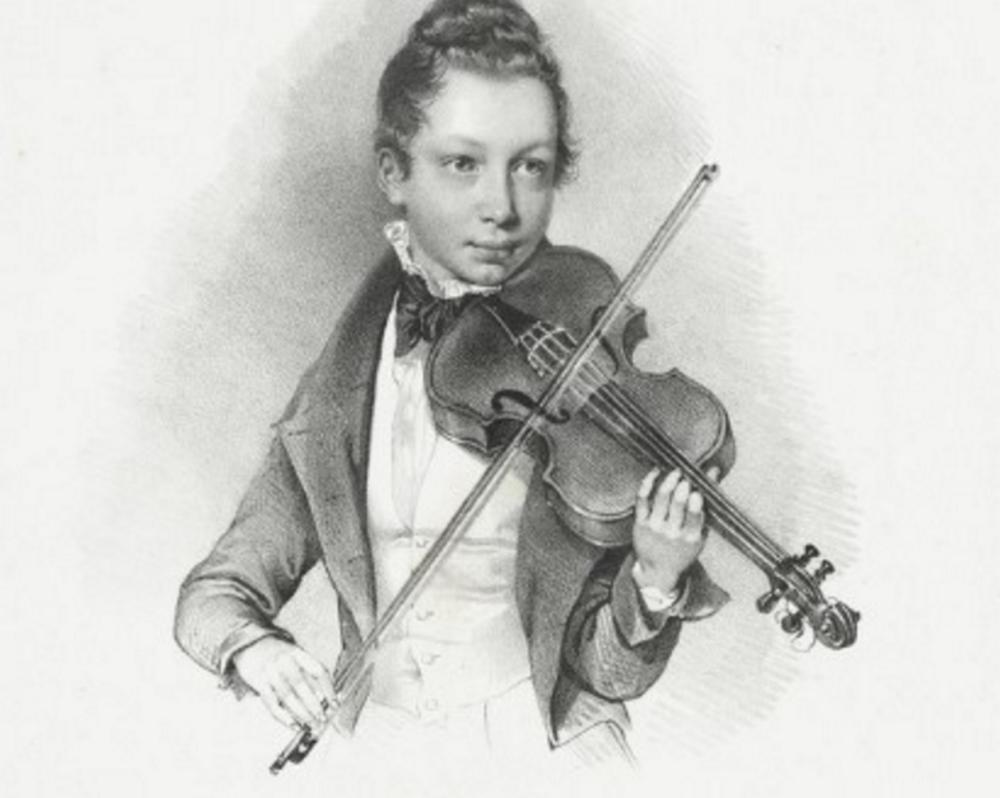 “I am anxious to share with you the outcome of my debut with the Philharmonic Society. It was quite successful when you consider the applause. I had a good and kind audience. Unfortunately, I don’t have much good to say about the orchestra, which was directed by Sir George Smart, a man totally incompetent as a musician, and just as bad as its conductor.

But in England, nobody seems to care about what appears like small imperfections because the English applauded and made it a complete success for me. Today, the main newspapers in the capital are full of praise. The Times’ only criticism was that the concerto was too long and should be cut. I won’t grant them that.

Last Sunday I played at the Duke of Cambridge’s home. He is a good amateur violinist. He spoke to me a great deal about your stay here. The evening I spent with him was intimate, a family affair so-to-speak. The Duke of Wellington and Lord Burgers were also there. The latter also has a very clear and fond memory of you, and you can imagine that I was happy to be with people who share my feelings about you.

The letters that I brought for Prince Albert were taken to him by Mr. Van de Weyer. I haven’t heard from him yet and am still waiting.

Oh, I forgot to make the introductions and to tell you who will bring you this letter. He is a young man who would very much like to meet you. His name, Drouet, is famous, but he isn’t a flutist. He is the secretary at the Belgian Legation in London. But that does not necessarily mean that he isn’t a good chap.

Benedict is mad at you. He thinks that you neglect him in an unforgiveable manner, and he was quite taken aback when I didn’t bring him a handwritten letter from you. Even so, I know he still likes you very much because he talks to me incessantly about Charles. There are a great number of huge concert posters here, each one bigger and more horrible than the next. One notices that the most extraordinary and biggest amongst them, which reaches all the way to the second floor, is our friend Benedict’s. Good Lord, what will it be like once the program is all set?

I have a couple of engagements for the concerts, but I do not dare run the risk yet of looking for one myself. I find that the preparation of these big announcements more or less prove my [point?] and then, on top of all that, there is three or four hundred Sterling in expenses. It’s all much too frightening. However, it is not definite. We will see.

Allow me to tell you about everything I will experience in this country, and if you want to make me happy, let me know how you are sometime and, if it is not too much to ask, news of your wife and of Madame Francken and her husband and Lilique [?] and Lalo, etc., etc.

If you do write, send the letter to my father’s house, Rue des Jardins 207, Faubourg de Skarbeeck, which he will then get to me through the Embassy.

I hope this letter finds your wife as well as your sister in good health. I take my leave in the hope that you will keep thinking of me kindly. Best wishes from the heart and soul… Please excuse my bad handwriting.”

Compared during his youth to violin virtuoso Niccolò Paganini, and admired by Paganini, Berlioz and de Bériot, Vieuxtemps toured throughout Europe, the United States and Russia. “Vieuxtemps was very fond of travel, and few violinists made more frequent and lengthy concert tours than he. He repeatedly visited almost every European country, and made three visits to the United States,” (“Henri Vieuxtemps, A Prodigy Who Grew Up,” The Etude).

In our letter Vieuxtemps reports on the April 19, 1841 performance of his First Concerto by the Philharmonic Society under the direction of Sir George Thomas Smart (1776-1867), a violinist, teacher and revered conductor. Additionally, Vieuxtemps participated in a musical evening at the residence of Prince Adolphus, Duke of Cambridge (1774-1850), the seventh son of King George III, an amateur violinist who often hosted musical soirees at his Cambridge House residence in Piccadilly. In attendance were English lords, referred to in our letter as “Lord Burgers” and Arthur Wellesley, 1st Duke of Wellington (1769-1852), the celebrated British army commander during the Napoleonic Wars and prime minister of Great Britain from 1808 to 1814. According to the April 29, 1841, issue of The Musical World, “M. Vieuxtemps played, the Duke of Wellington listened, and his Royal Highness denominated the one ‘Prince of fiddlers,’ the other ‘Prince of warriors.’” Our letter also mentions Prince Albert (1819-1861), German-born consort of Queen Victoria. Jean-Sylvain Van de Weyer (1802-1874) was the Belgian minister to the Court of St. James’s and became a close friend of Queen Victoria and her family; his wife comforted the devastated queen following Prince Albert’s death. “Benedict” is Sir Julius Benedict (1804-1885), German composer who became conductor of the Theatre Royal in Drury Lane in 1838, and spent most of his career in England. In 1863, he composed a wedding march for the marriage ceremony of the queen’s eldest son, Albert Edward, Prince of Wales.

During the late 1840s, Vieuxtemps was court musician for Tsar Nicholas I, soloist at the Imperial Theatre and founder of the St. Petersburg Conservatory’s violin school where he influenced Russian violinists. “Vieuxtemps was a virtuoso violinist of the first rank… [who] during his lifetime was, with De Bériot, considered to be at the head of the modern French school of violin playing,” (The Etude, op. cit.).

De Beriot is remembered for his important contributions to the evolution of violin playing. “He adapted the brilliance of Paganini to the elegance and piquancy of the Parisian style. Thus, he modernized the classical French school,” (The New Grove Dictionary). In our letter, Vieuxtemps asks after de Beriot’s wife, Marie Huber, whom he had married after the tragic 1836 death of his famous first wife, French born, Spanish mezzo soprano Maria Malibran.

Written on the recto and verso of a single folded sheet. Folded with some scattered toning and wear. In very good condition. The earliest letter we have ever seen of Vieuxtemps, who was just 21 at the time, and a fine association piece. [indexMusic]