Back to catalog
Lot 5 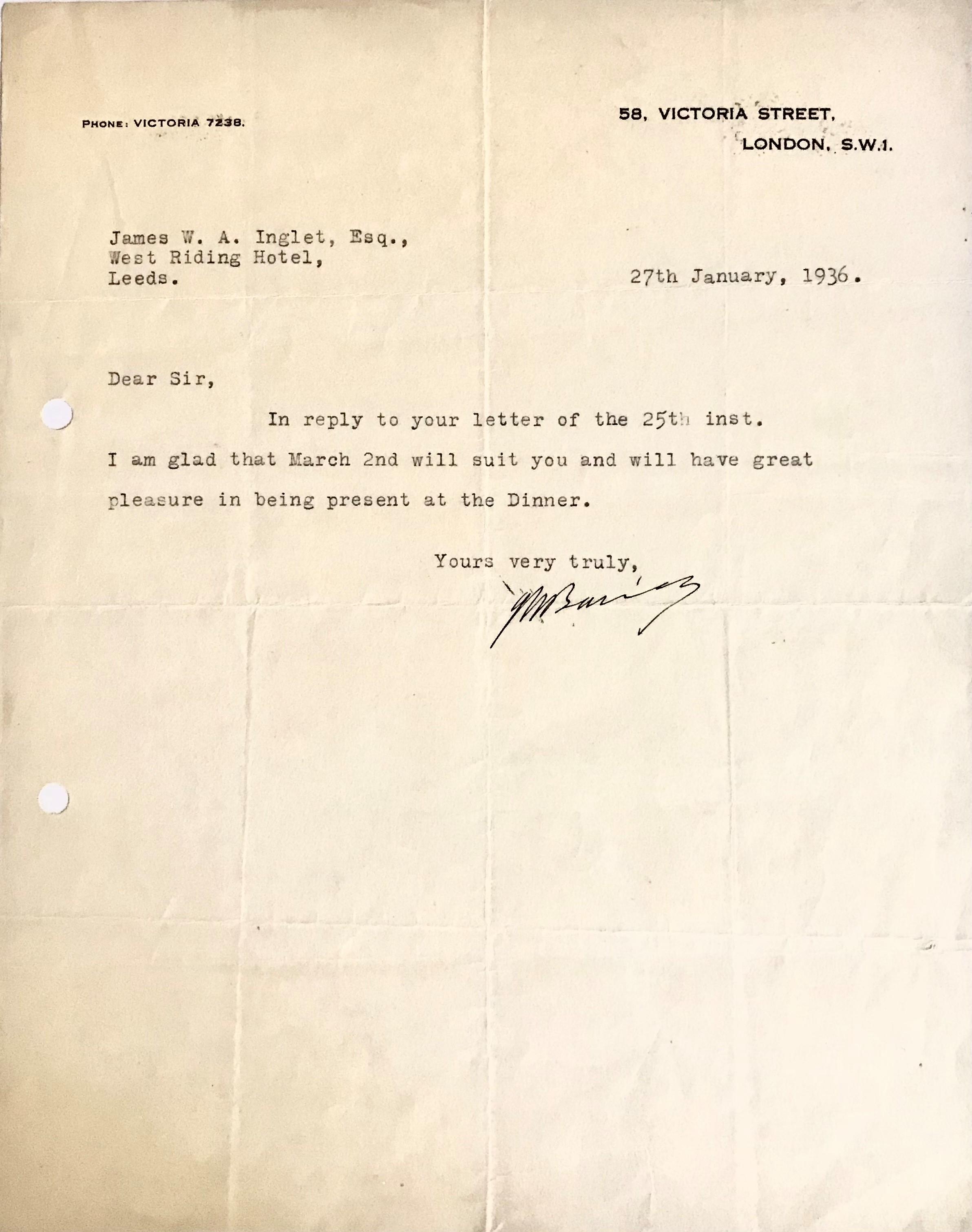 “In reply to your letter of the 25th inst. I am glad that March 2nd will suit you and will have great pleasure in being present at the Dinner…”

Baird was an inventor with many interests who, early in his career, dabbled in such diverse areas as synthetic diamonds, a glass razor, pneumatic shoes, thermal “undersocks,” fiber optics, radar, and video recording. His major scientific contribution was his pioneering television transmission in 1925. His demonstration was repeated for the Royal Society the following year and, in 1927, he transmitted the first long-distance television images between London and Glasgow. In 1928, he again made television history by transmitting television’s first color images. Baird International Television, Ltd. was formed in 1928 to explore the commercial applications of his innovations, and, beginning in 1929, the BBC transmitted its programs using one of Baird’s systems. His commercial success was hindered by the loss by fire of his Crystal Palace laboratory in 1936, and, in 1937, the BBC switched its transmissions to the competing Marconi system. Nonetheless, Baird continued to make important innovations in television broadcasting up until his death nearly a decade later.