Back to catalog
Lot 76 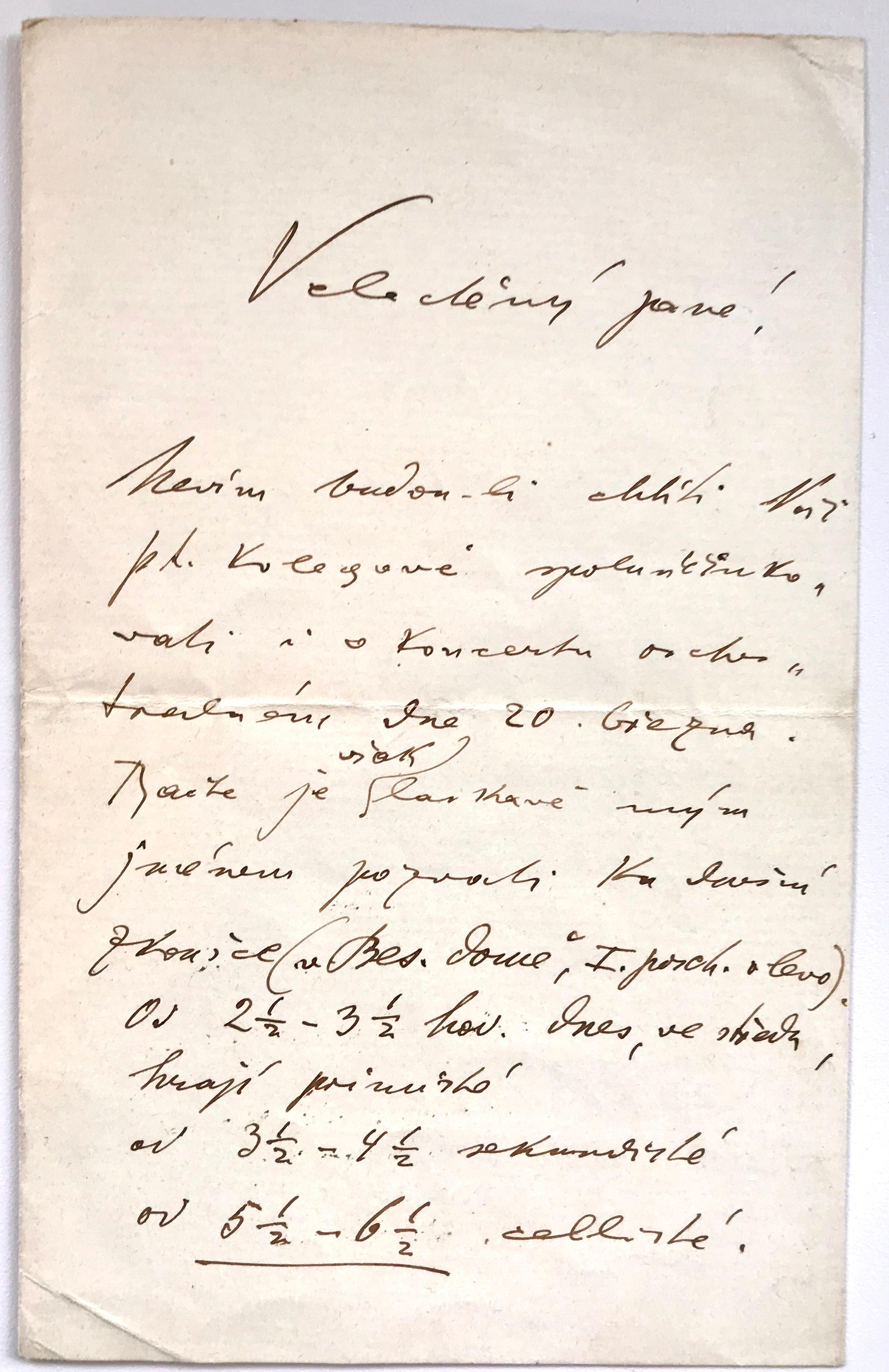 Leos Janacek Declares, “It is laudable to set up a Czech orchestra” 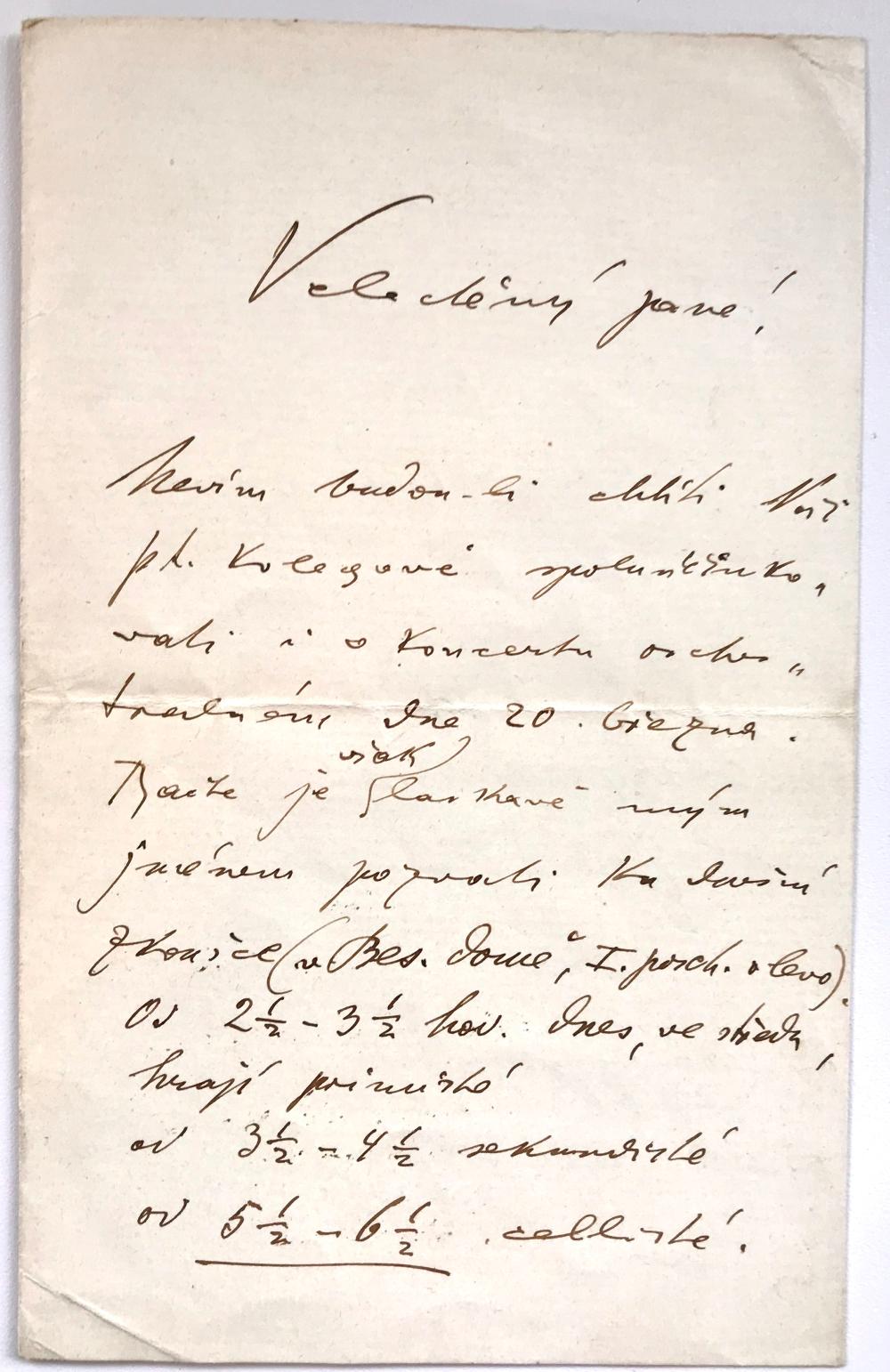 Leos Janacek Declares, “It is laudable to set up a Czech orchestra”

“I don’t know, if your pt [sic.] colleagues will want to perform in the orchestral concert on March 20th. However, please invite them in my name to today’s rehearsal (in Besední dum, 1st floor on the left). First violons rehearse from half past 2 to half past 3 today, Wednesday, second violins from 3:30 to 4:30, cellists from 5:30 to 6:30.

It goes without saying that I would obtain the permission of the famous school directorate.

I think it is laudable to set up a Czech orchestra, so I hope that the gentlemen will not abandon me…”

Recognized for his musicianship at an early age, Janáček trained at the Augustinian St. Thomas’ Abbey in Brno, known for its musical scholarship, which dates to the 17th century. After studying in Prague from 1874-1875, Janáček returned to Brno where he taught music and conducted several choral groups. In February 1876, he became choirmaster of the Beseda brněnská Philharmonic Society, and in 1881, Janáček was chosen head of the organ school that later became the Brno Conservatory. It was also during the 1880s his works were increasingly inspired by Moravian folk music. A prolific composer, Janáček did not receive wide international recognition until he was well into his 70s. His better-known works include Sinfonietta; Taras Bulba; Glagolitic Mass; Quartet No. 1, “The Kreutzer Sonata;” Quartet No. 2, “Intimate Letters;” and the operas Jenůfa, Káťa Kabanová, The Cunning Little Vixen, The Makropulos Affair, and From the House of the Dead.

Our letter, discussing Janáček’s efforts to establish a Czech symphony orchestra in Brno, invites musicians to join a rehearsal to be held in the Besední dum (Beseda House), a Renaissance Revival building in Brno, completed in 1873, which housed the Beseda brněnská Philharmonic Society. “The opening of the [Besední dum] was a watershed for Brno’s Czech population as within the centre of the city there was now a social and cultural centre, the construction of which demonstrated the Czechs’ growing self-confidence… Many of Janáček’s works had their premiere in the Besední dům, particularly his chamber works, such as the wind sextet Youth, Nursery Rhymes and Concertino, (“Besedni dum,” https://www.leosjanacek.eu/en/beseda-house/). The building is currently home to the Brno Philharmonic, established in 1956, which credit’s Janáček with establishing the city’s philharmonic tradition.