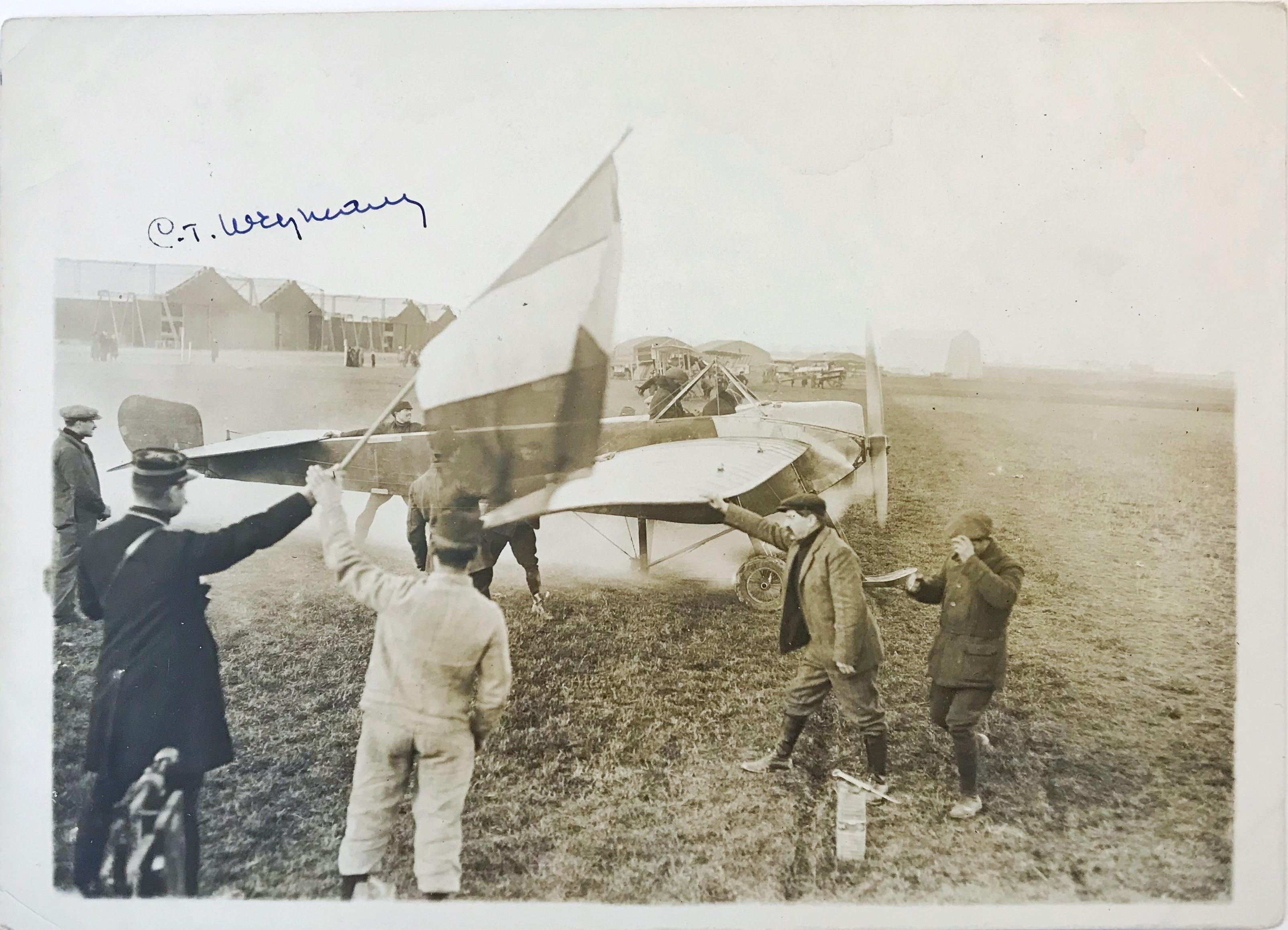 Born in Haiti to an American father and wealthy Haitian mother, Weymann enjoyed dual American and French citizenship. His maternal grandmother was the sister of Bienaimé “Mémé” Rivière, at the time the richest person in Haiti thanks to her shipping ventures, and it was likely the family fortune that allowed Weymann (whose middle name ironically means “land” in French) pursue his interest in aviation. In 1909, he became the 24th person to obtain an American Aero Club pilot’s license, after which he set several speed records and participated in flying competitions. In 1910, he pursued the Michelin Cup, awarded for long-distance flights, but was forced to land seven hours after departing from Paris. In 1911, he participated in the Circuit d’Europe air race, winning third place in the first stage of the race (Paris-Liège). The same month, he won the Royal Aero Club’s Gordon Bennett Trophy representing the U.S. and, in the autumn of 1911, flying a Nieuport monoplane, won the French Concours Militaire trials held at Reims, an event organized by the French military. In 1912, he participated in air races in Jersey, France, Monaco, and Belgium.

“By World War I, Weymann was employed by Nieuport’s company as a test pilot. Earning the accolade of Chevalier de Legion d’Honneur, as well as a Croix de Guerre, during this time, he greatly benefitted the war effort. Afterwards, Weymann continued to astound. Applying his knowledge of aircraft fabrication, he devised an innovative technique that could be transferred to automobile coachwork. This invention was arguably his greatest,” (“Charles Weymann – Aviator & Automotive Inventor,” Kreol Magazine). Weymann opened factories in London, Paris and Indianapolis allowing his innovative Weymann Fabric Bodies system, which he licensed to auto manufacturers, to become nearly ubiquitous in automotive construction during the 1930s and 1930s. “The design was utilised by some of the finest car manufacturers of the day, on some of the most renowned models. Wolf Barnato’s Bentley Blue Train Special featured Gurney Nutting coachwork – under licence from Weymann. So did the Rover Light Six... Unfortunately, it was not to endure. By the close of the 1920s, metal fabrication had been hugely improved, and high gloss finishes were all the rage. Fabric coachwork began to lose its appeal, although it was not superseded entirely,” (ibid.). However, the British arm of Weymann’s business, Metro Cammell Weymann, survived through the 1980s by shifting into the manufacturing of buses.