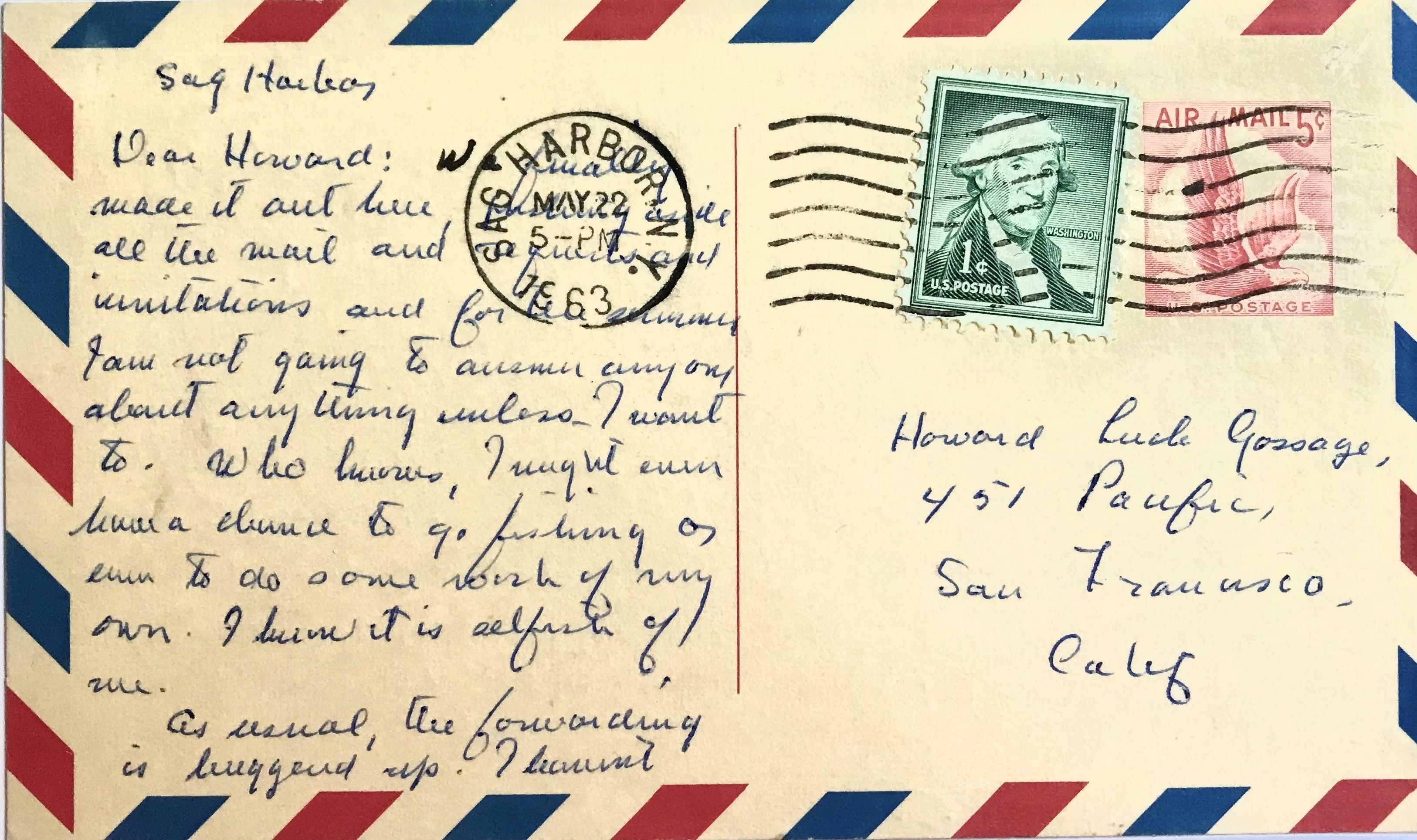 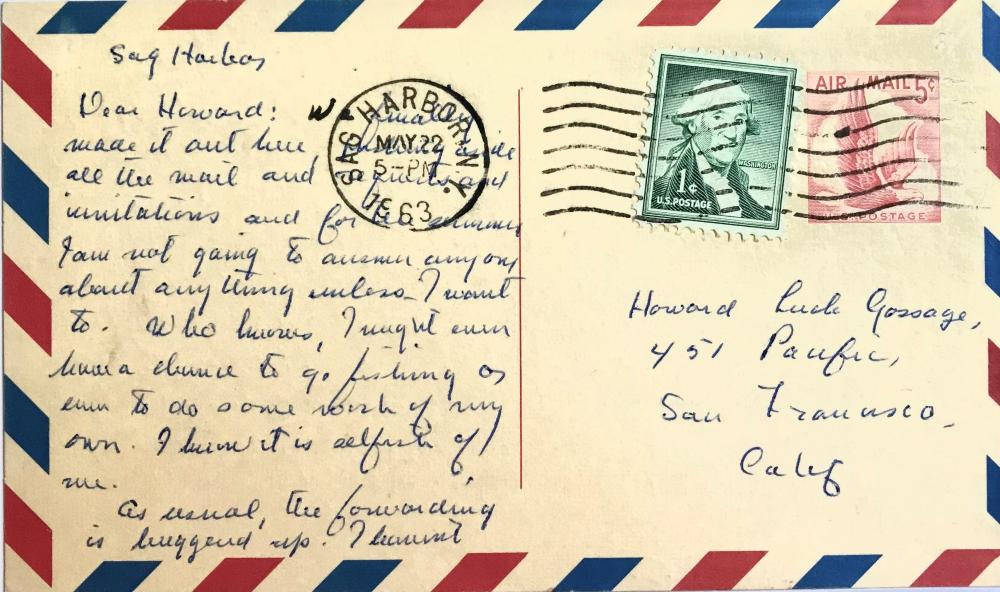 “We finally made it out here, pushing aside all the mail and requests and invitations and for the summer I am not going to answer anyone about anything unless I want to. Who knows, I might even have a chance to go fishing or even to do some work of my own. I know it is selfish of me. As usual, the forwarding is buggered up. I haven’t received the specifications and models. It occurs to me that this might be because they haven’t been sent. Also I haven’t told Thom he will have to do the drawings and designing because he is in examinations at school. He is very good at design. Also he is under house arrest for having been late getting back to school. This is not an unusual thing for him. Anyway, he will do the drawing while I will supply the ideas and/or the idea. I have one which is more promotion than anything else but we can discuss that later. It concerns the image of the L[and]. R[over]. and the determination of ‘quiet desperation’. It could be to the male what the hair dresser is to dames. Walden Pool. What woman ever wanted it. What man doesn’t. OK…”

A native of California, Steinbeck used his first-hand knowledge of ranch and farm work to portray America’s 20th-century migrant workers, farmers and other downtrodden groups. His Pulitzer Prize-winning masterpiece, The Grapes of Wrath, recounts the Joad family’s struggle for survival when they are uprooted from their farm during the Dust Bowl of the Great Depression. Steinbeck continued to write fiction mixed with social commentary, including Cannery Row, East of Eden and The Winter of Our Discontent.

Gossage was a groundbreaking advertising executive who co-founded the Freeman, Mander and Gossage agency, which counted among its clients Petrofina Oil Co., the Sierra Club, Qantas Airways, and Rover. The agency’s home, a firehouse, was a hub of intellectualism frequented by futurist Buckminster Fuller and authors Tom Wolfe and John Steinbeck. For several years, Gossage had been corresponding with Steinbeck, soliciting feedback about his advertising campaign for the Land Rover. In this missive, Steinbeck suggests linking the image of Land Rover with that of transcendental philosopher Henry David Thoreau who wrote “The mass of men lead lives of quiet desperation.” and retreated from the world to his ascetic refuge at Waldon Pond for two years, beginning in July 1845.

Also mentioned is Thomas Steinbeck (1944-2016), the writer’s eldest son of two with his second wife Gwyndolyn Conger, and a student at a Connecticut boarding school at the time of our letter. Thom frequently traveled with his father, including trips to Europe and Africa, and was a photojournalist, writer and activist for author’s rights.

Our message is written on the recto and verso of a postcard from Steinbeck’s summer home in Sag Harbor, Long Island. Ink cancellation stamps obscure some of the words on both sides. In fine condition.