Back to catalog
Lot 60 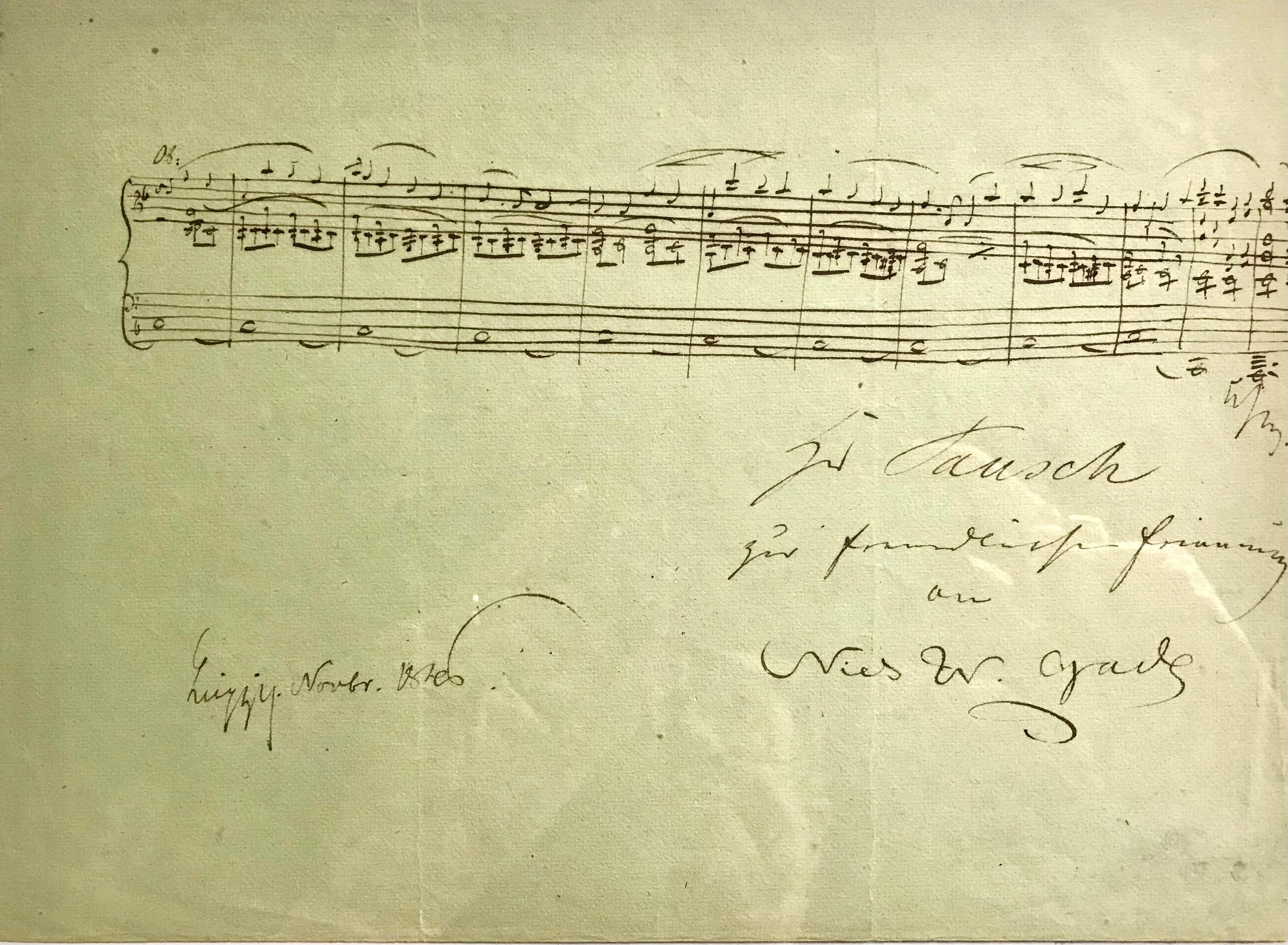 A violinist with the Royal Danish Orchestra, Gade sent his first symphony to Felix Mendelssohn who premiered it in Leipzig in 1843, where it was very well received. Gade later moved to Leipzig to teach at the Conservatory and worked as an assistant conductor for the Gewandhaus Orchestra, where he was influenced by Mendelssohn, Robert Schumann and Robert Franz. Gade succeeded Mendelssohn as conductor of the Gewandhaus Orchestra upon the latter’s death, but his tenure there was cut short by the political upheaval of the 1848 war between Prussia and Denmark. After returning to Copenhagen, he established an orchestra and became Denmark’s most renowned musician performing as an organist at Copenhagen Cathedral and co-directing the Copenhagen Conservatory, where he influenced such pupils as Edvard Grieg and Carl Nielsen. Gade was a prolific composer of eight symphonies, chamber music and works for organ. His most enduring work is Brudevalsen (The Bridal Waltz), used in August Bournonville’s baller Et Folkesagn (A Folk Tale), popular for Danish weddings.

Tausch studied with Mendelssohn at the Leipzig Conservatory, after which he enjoyed a career as a prominent pianist and conductor, succeeding Robert Schumann as music director of the city of Düsseldorf, during which time he was festival director of the Niederrheinische Musikfest; in 1881 Gade and Tausch collaborated in directing the festival at which Gade conducted his Symphony in B flat minor and Zion as well as Bach’s St. Matthew Passion and Handel’s Samson.