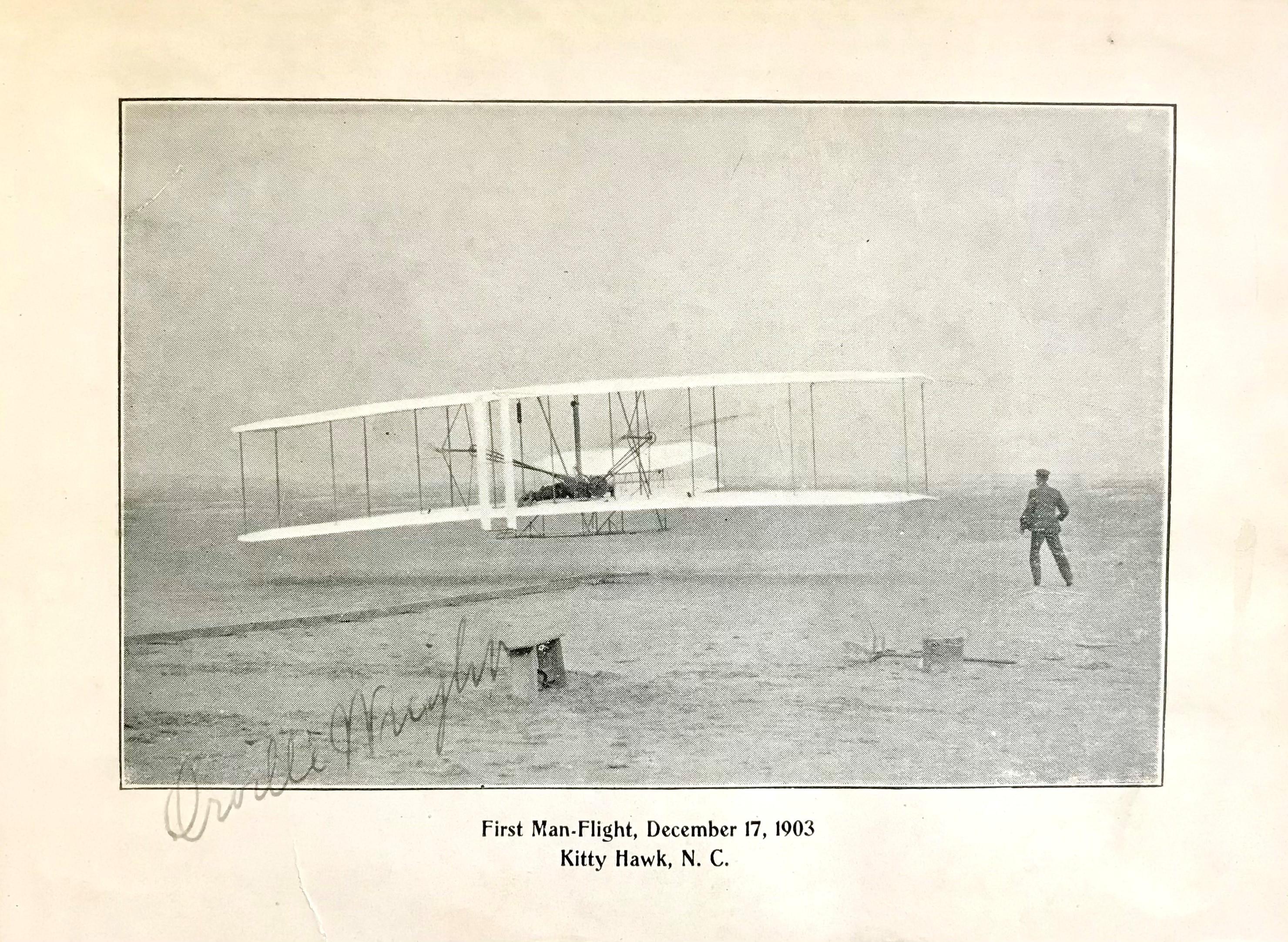 WRIGHT, ORVILLE. (1871-1948). American inventor and aviation pioneer who, with his brother Wilbur, completed the first sustained and piloted flight of a heavier-than-air aircraft. SP. (“Orville Wright”). 1p. Oblong 8vo. N.p., N.d. A printed reproduction of John T. Daniels’ famous photograph of the Wright brothers’ first flight at Kitty Hawk, issued in 1928 to commemorate the flight’s 25th anniversary; signed by the pilot, Orville, in the lower left corner of the image.

The Wright brothers’ ongoing interest in all things mechanical was put to its first practical application in their Dayton, Ohio, shop, in 1896 when they began to produce bicycles on a small scale. That same year, Wilbur became fascinated with aviation after reading about German aviator Otto Lilienthal’s accidental death. Serious aeronautical work and experimentation began in 1899 when Wilbur wrote to the Smithsonian requesting copies of everything available on the topic, having exhausted his own resources. In 1901, the first Wright glider was tested at Kitty Hawk, North Carolina and, after several years of intense experimentation, the Orville and Wilbur returned to test a motor-powered airplane. On December 17, 1903, they completed four successful flights, the first sustained flight of a heavier-than-air machine under a pilot’s control. Their accomplishment was captured by John T. Daniels using the Wright brothers’ camera, and the photograph has become one of aviation’s and history’s most iconic images.

With a small, barely visible, crease in the lower blank margin. Light wear and in fine condition; mounted to a larger piece of black matboard. Over the years these images have become scarcer in the face of growing demand. [indexhistory]