Back to catalog
Lot 58 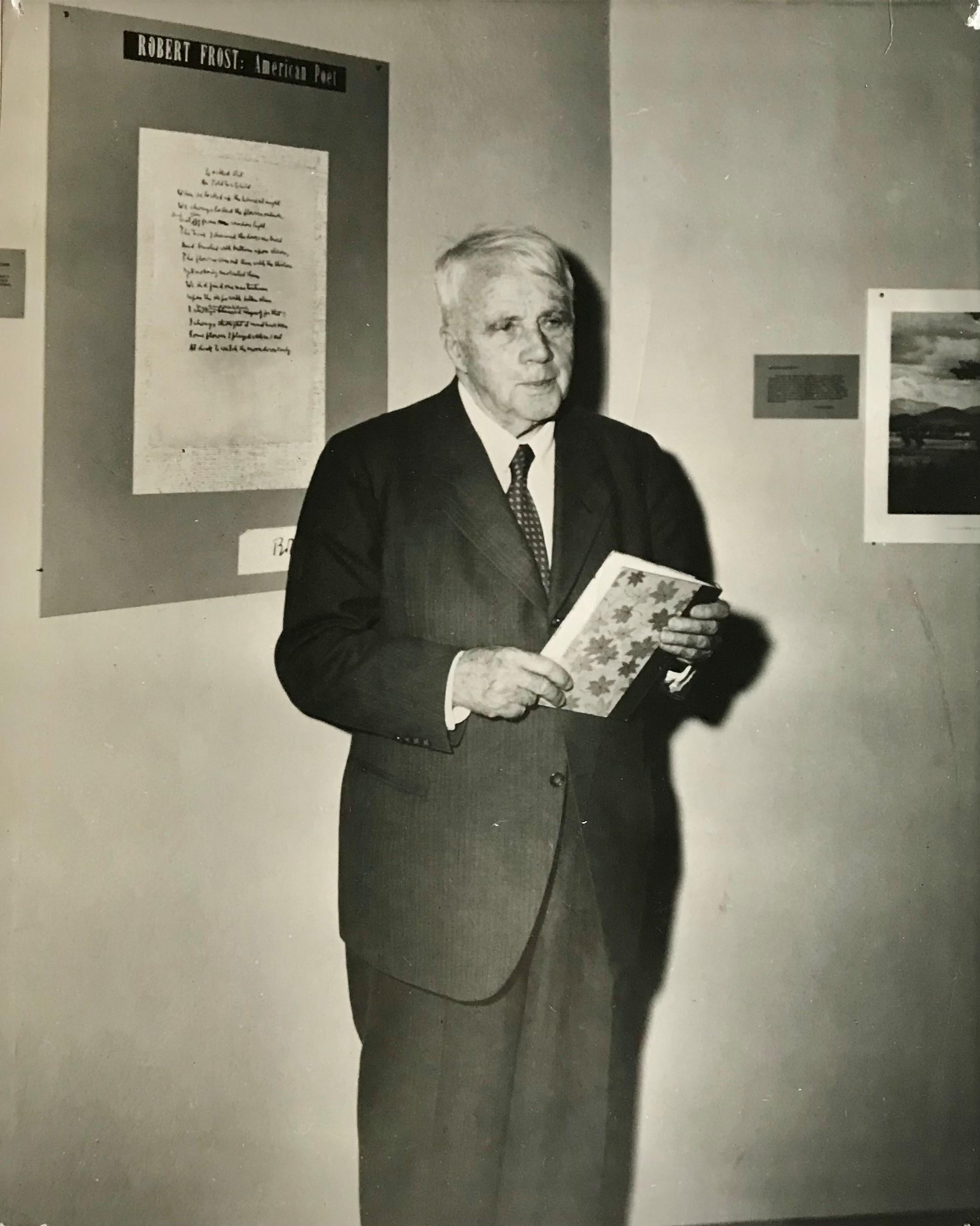 Frost’s Last Trip to England: “I look on these honors as a rounding out of one part of my life” 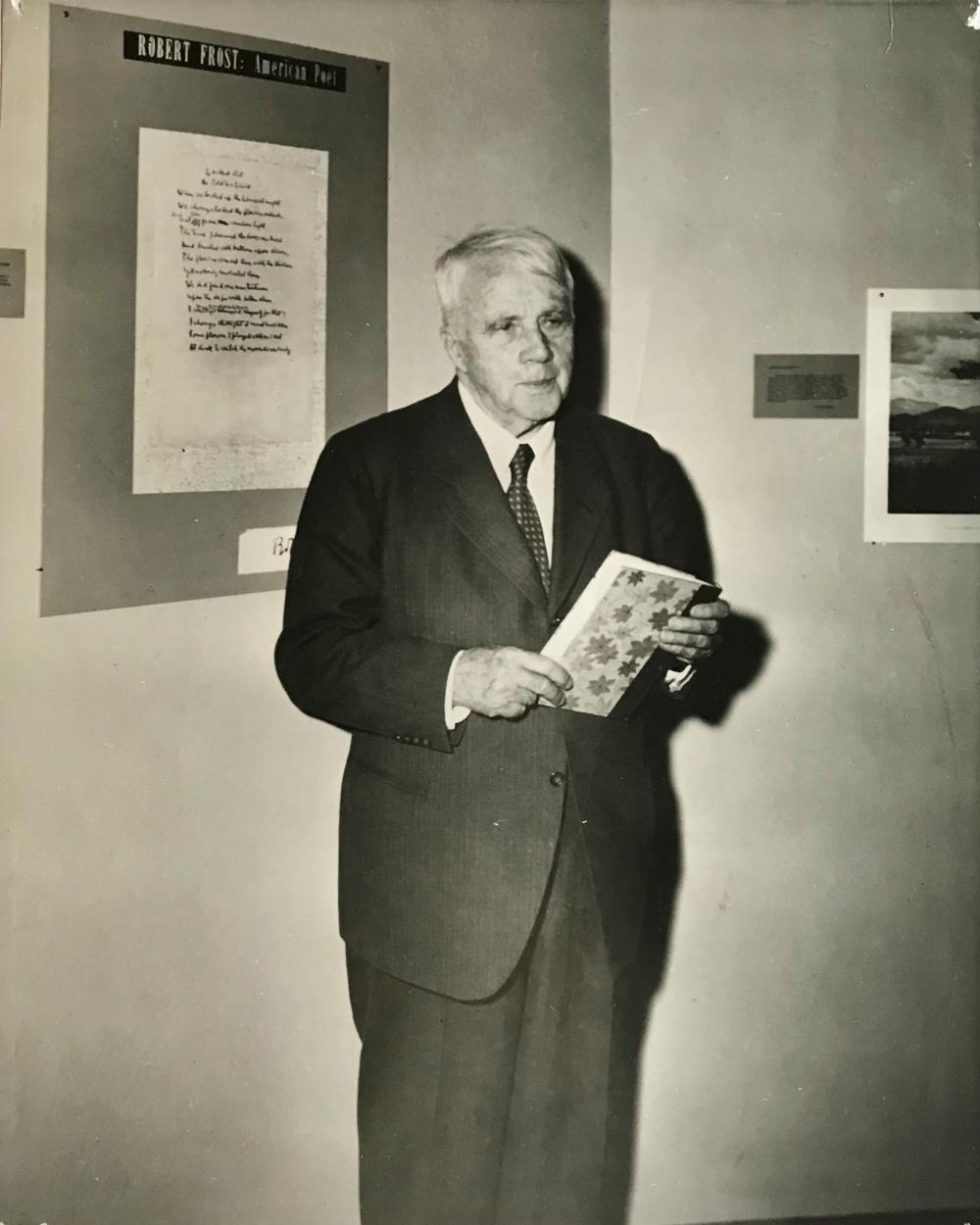 Frost’s Last Trip to England: “I look on these honors as a rounding out of one part of my life”

FROST, ROBERT. (1874-1963). American poet and four-time Pulitzer Prizewinner, author of such beloved poems as The Road Not Taken, Mending Wall and Stopping by Woods on a Snowy Evening. TLS. (“Robert Frost”). 2/3p. Small 4to. Cambridge, (May 6, 1957). To Margaret H. Haferd, the American Embassy librarian in London, on his Homer Noble Farm stationery.

“Your schedule overwhelms me with its splendor. Great Britain is the only country besides my own I have ever seen much of and though I have seen it twice before and lived in it once for two or three years, I never saw it like this. The Embassy has set great things going for me. The first I heard was of the exhibition of my books you are putting on. They began over there in 1913 as you know. I look on these honors as a rounding out of one part of my life…”

One of the best loved American poets of the 20th century, Frost is remembered for depicting rural life in his poetry. Although born and raised in San Francisco, Frost had a deep association with New England, living and writing variously in Massachusetts, New Hampshire, and Vermont. After spending three years in England, where he befriended such authors as Ezra Pound and Edward Thomas, and published his first two books, A Boy’s Will and North of Boston, he returned to New Hampshire where, from 1915 to 1920, he lived with his family on a farm in Franconia. His 1923 volume entitled New Hampshire won the first of his four Pulitzer Prizes and contains one of his most beloved poems, “Stopping by Woods on a Snowy Evening.”

In 1939, Frost purchased the Homer Noble Farm in Ripton, Vermont, for its proximity to the Bread Loaf School of English and Writer’s Conference in Vermont’s Green Mountains where “for over thirty summers Frost was the literary lion at Bread Loaf… and spent about six months each year, from May through October, on his farm,” (The Robert Frost Encyclopedia, ed. Tuten and Zubizarreta).

Our letter concerns the exhibition of Frost’s career mounted by the American Embassy in London. Frost “suspected he was being used to further a political cause – in this case, what [chief of Special Cultural Programs Harold] Howland called the country’s ‘Anglo-American heritage,’” (The Life of Robert Frost: A Critical Biography, Hart). After communicating with Secretary of State John Foster Dulles inquiring how the trip would be made worth his while and angling for recognition in the form of a major award, Frost was assured by Dulles that he would receive “‘all possible assistance’ from the US government and urging him to ‘accept this new call upon your services as a distinguished representative of the American cultural scene,’” which he did after he heard through friends that several British universities were considering awarding him honorary degrees and wrote to Dulles on February 26, 1957, “I feel better with your assurance that the State Department and our Embassy will take care of me to see that I am kept reasonably busy,” a sentiment echoed in our letter, (ibid.). “As a result of their negotiations, on March 9, 1957, Oxford’s registrar offered Frost a Doctor of Letters, and on March 11 Cambridge’s vice-chancellor offered him an honorary doctorate as well. Frost had reason to exult. Only two other American writers, Longfellow in 1868 and James Russell Lowell in 1873, had received honorary degrees from England’s two most prestigious universities. Frost thanked the Oxford registrar in a letter that referred to his imminent trip as ‘a rounding out that we seldom get except in story books and none too often there,” (ibid.). During Frost’s memorable time in England, he appeared on the BBC, was praised by T.S. Eliot, and feted at the Savile Club by Graham Greene, Isaiah Berlin, and E.M. Forster.

Frost notes his Cambridge, Massachusetts address in type in the upper right corner. Folded with very light wear. A faint date stamp is in the blank space next to the salutation. Small paper loss and staple holes in the upper left corner; in fine condition. Accompanied by three original black-and-white photos from the embassy’s press office: one depicting the exhibit, one of Frost holding a book in front of a display case and one with Frost and a woman, presumably Ms. Haferd.