Back to catalog
Lot 62 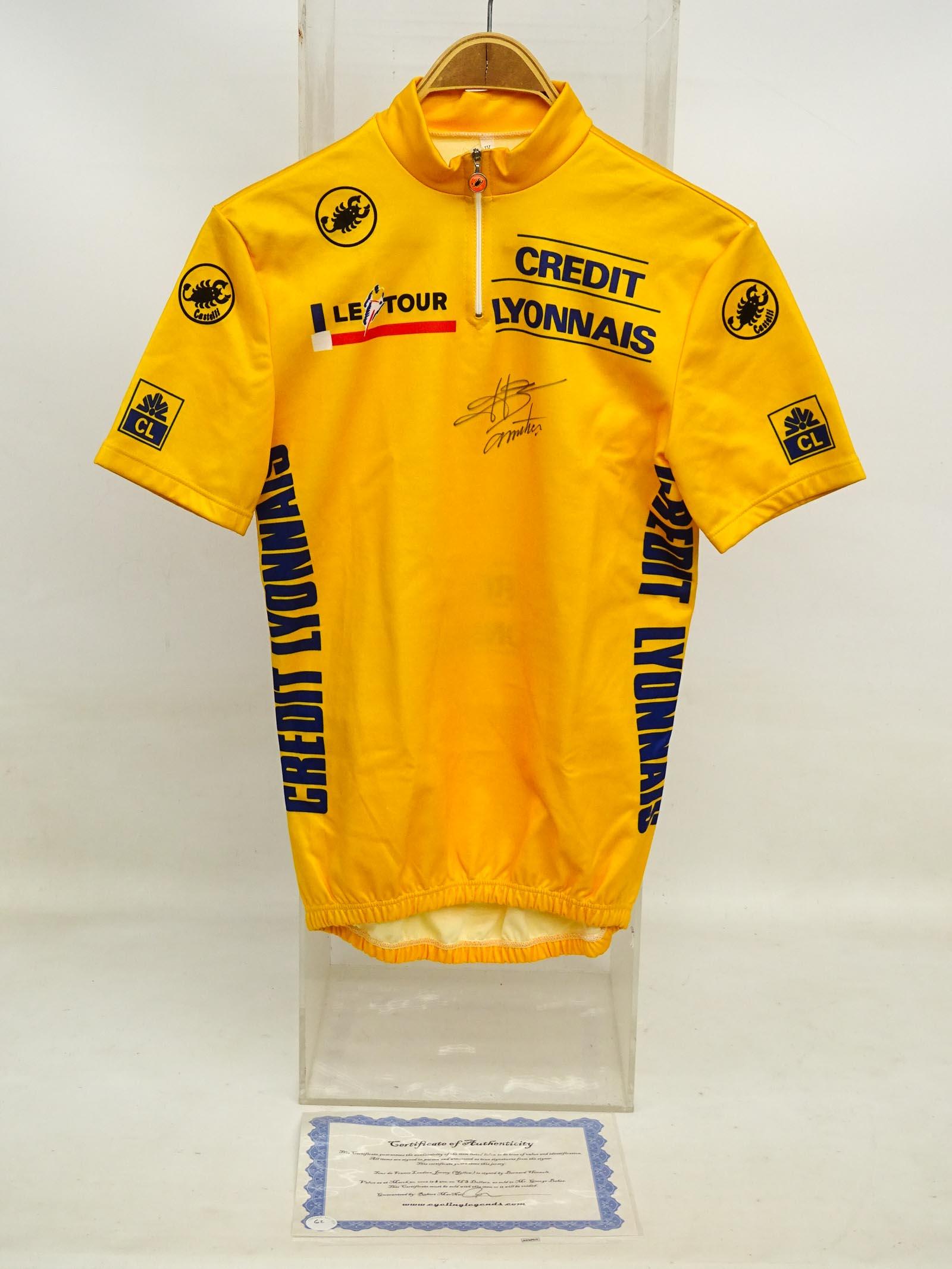 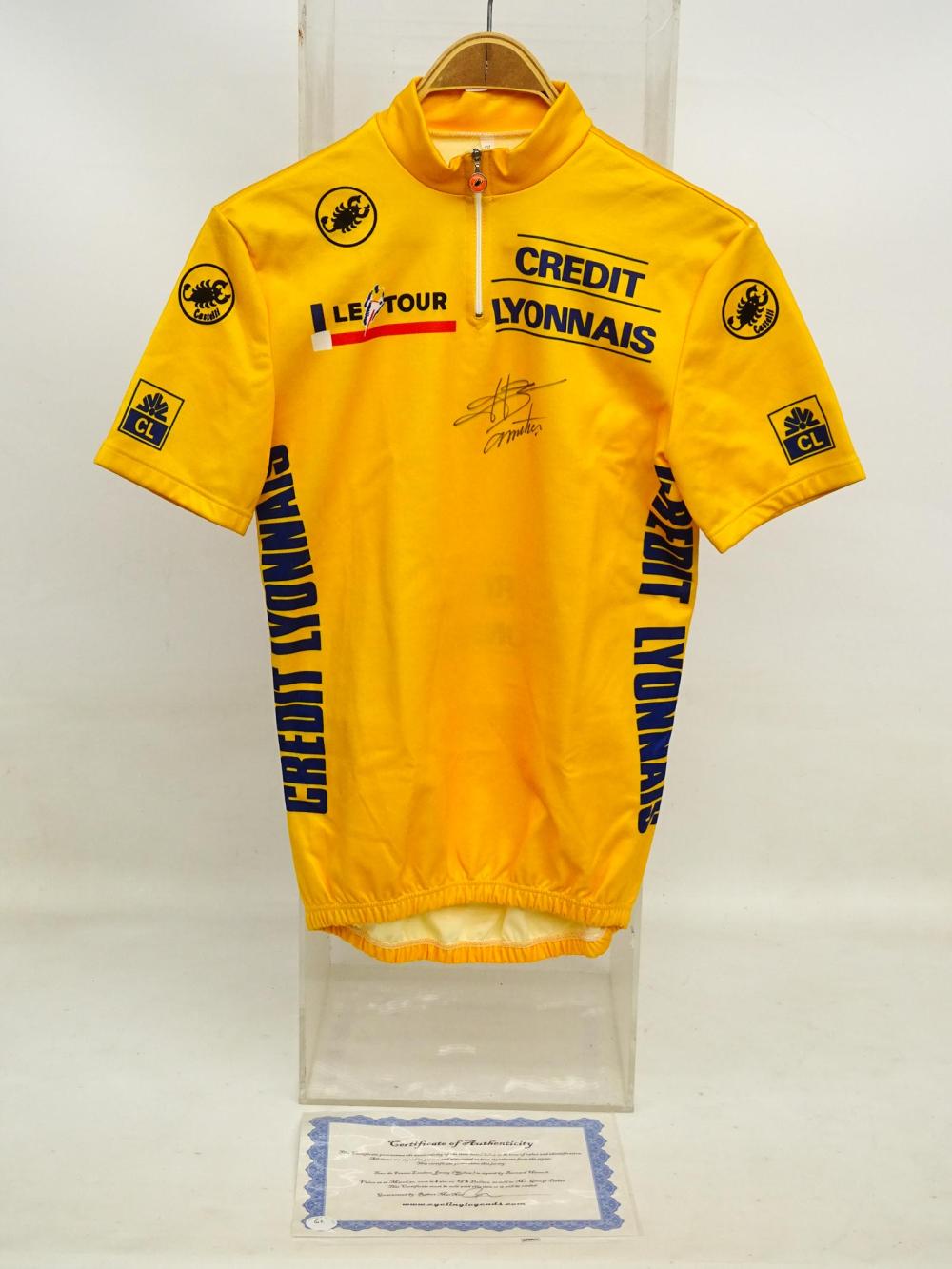 Bernard Hinault race worn autographed Tour de France yellow jersey. He won the Tour de France 1978, 79, 81, 82 and 1985, Giro d' Italia 1980, 82, 85 and is considered on of the greatest cyclists of all time. COA from Cycling Legends. Bernard Hinault (Born 14 November 1954) is a French former professional cyclist. With 147 professional victories, including five in the Tour de France, he is often named among the greatest cyclists of all time. Hinault started cycling as an amateur in his native Brittany. After a successful amateur career, he signed with the GitaneCampagnolo team to turn professional in 1975. He took breakthrough victories at both the LiègeBastogneLiège classic and the Critérium du Dauphiné Libéré stage race in 1977. In 1978, he won his first two Grand Tours: the Vuelta a España and the Tour de France. In the following years, he was the most successful professional cyclist, adding another Tour victory in 1979 and a win at the 1980 Giro d'Italia. Although a knee injury forced him to quit the 1980 Tour de France while in the lead, he returned to win the World Championship road race later in the year. He added another Tour victory in 1981, before completing his first Giro-Tour double in 1982. Good condition.