Back to catalog
Lot 15 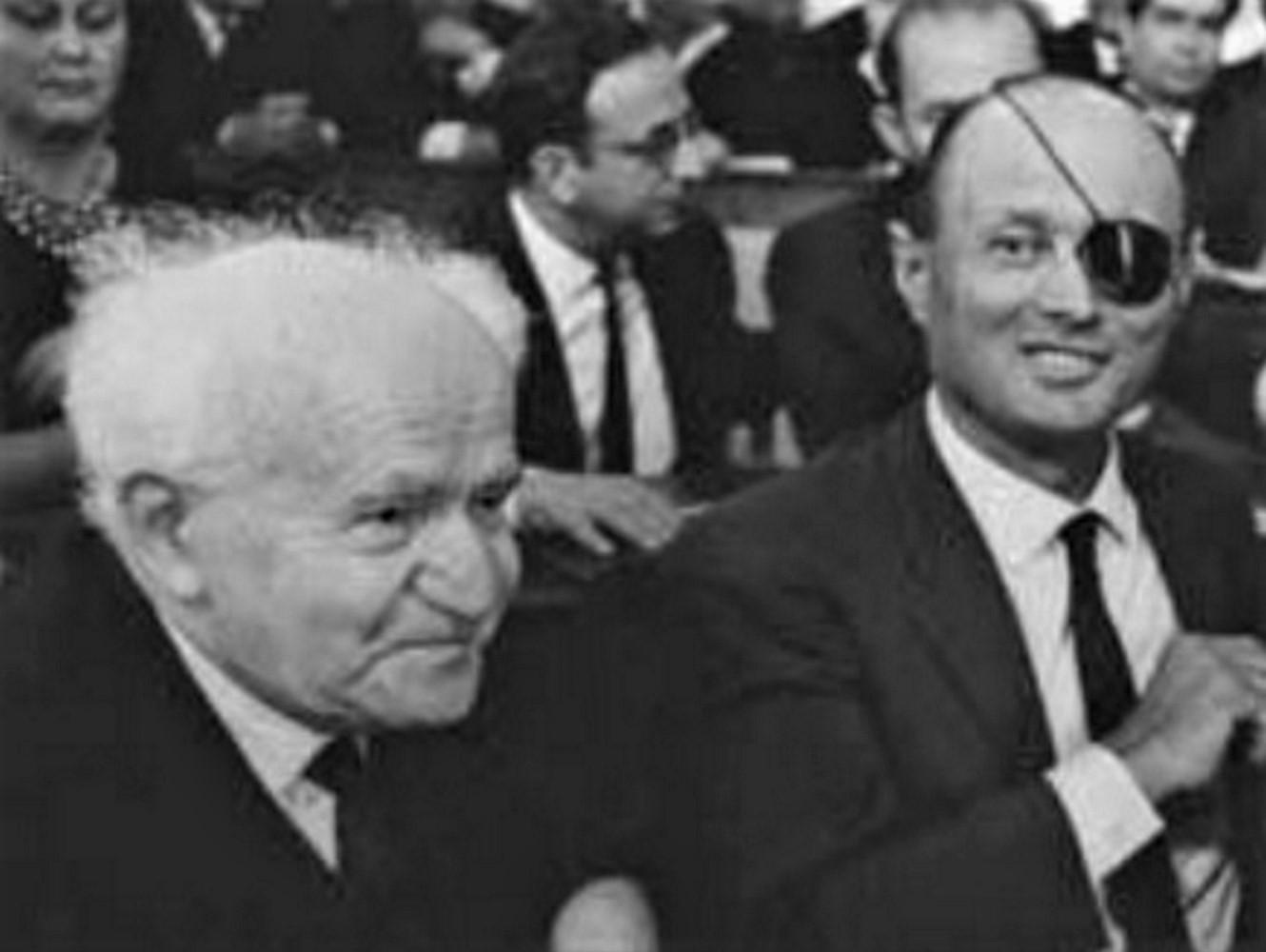 Ben-Gurion to Dayan Doubts "chance of peace with Arabs" 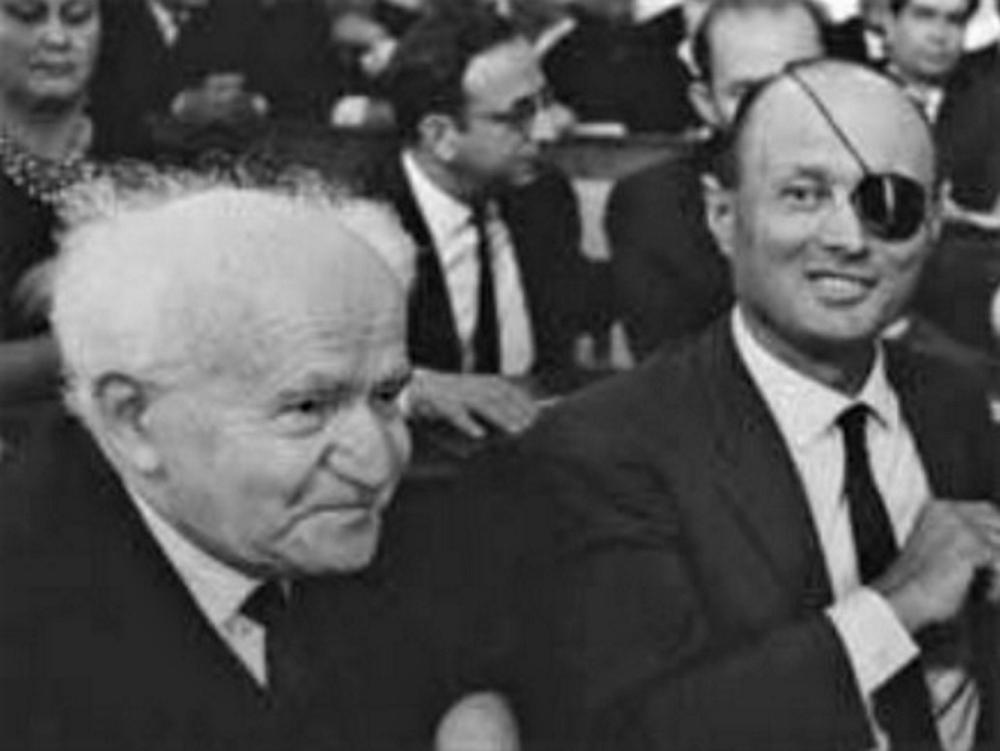 Ben-Gurion to Dayan Doubts "chance of peace with Arabs"

“Our current security is founded on ceasefire agreements, a kind of temporary arrangement. But we must see this arrangement not as something that will pass quickly, tomorrow or the day after, because it is difficult to see a chance of peace with the Arabs, although we must never ignore this chance, and we must always strive for it. We must maintain that all obligations contained in the armistice contracts will be obligations between the two parties – i.e., we and the Arabs, and by no means between us and the UN. The UN, with all due respect, is irrelevant to our matter. Sincerely…”

An early Zionist, Ben-Gurion moved to Palestine in 1906 to take up farming. Following his expulsion by Turkey at the outbreak of World War I, he rallied British and American support to promote increased Jewish immigration to Palestine, and after spending decades strengthening Palestine’s Jewish community, Ben-Gurion proclaimed the birth of Israel on May 14, 1948. He assisted in creating the Israeli army, often using military force to thwart Arab violence. After announcing his intention to leave public life, Ben-Gurion moved to the newly founded Negev Kibbutz Sde-Boker in early 1954. He never completely abdicated his leadership role, however, and in 1955 Ben-Gurion returned to public life, first as minister of defense, in which capacity he penned our letter; he was reelected prime minister in November 1955.

Born on the first kibbutz in future Israel, Dayan was raised on the first “moshav,” or farming cooperative, and joined the Jewish defense force, Haganah, at the age of 14. There he was mentored by the pro-Zionist British intelligence officer Orde Wingate. In 1941, while participating in the infiltration of Vichy occupied Lebanon, Dayan lost his left eye when a French sniper shot the binoculars he was using. Despite his injury, Dayan continued his military career, joined Haganah’s General Staff in 1947 and served, at the insistence of David Ben-Gurion, as military commander of the Jewish neighborhoods of Jerusalem in 1948, and served as Chief of the General Staff of the Israeli Defense Forces (IDF) from 1953-1958. He later joined Ben-Gurion in leaving the center-left Mapai party to form the Rafi party, which eventually merged into Israel’s Labor Party.

In 1949, at the urging and under the auspices of the United Nations, Israel negotiated bilateral armistices with Lebanon, Jordan, Syria, and Egypt – likely the “ceasefire agreements” referred to in our letter. The day after signing the agreement with Egypt, Ben-Gurion became Israel’s first prime minister. Violations of the armistice included Egypt’s blockade of the Suez Canal and 1955 began with Israel’s bombing of a nearby Egyptian military base as retaliation against Palestinian and Egyptian aggression, which led to renewed attacks against Jewish settlements. “Attempts at amelioration of the Arab-Israeli conflict were often made, and sometimes bore fruit. In April 1955, an agreement came into force in Jerusalem, whereby the District Commanders on both sides of the barbed wire and concrete divide could make contact with each other through a direct telephone line. The agreement, reached between the governments of Jordan and Israel, authorized the respective commanders to ‘discuss and settle questions regarding the maintenance of peace in Jerusalem’. The commanders also met face to face,” (Israel, Gilbert). Nonetheless, the violence continued and “on August 22 [three days after our letter] the Israelis carried out a reprisal raid into the Gaza Strip. [A few days later] a dozen fedayeen squads, some sixty men in all, were made ready to go across the Gaza border with orders to kill and to carry out sabotage,” (ibid.). Additional casualties and incidents prompted a special report to the UN Security Council. Concurrent with that report, Egyptian President Gamal Abdel Nasser announced on August 31, 1955, that Egypt would send fedayeen fighters to attack Israel’s borders to destroy the nation; these incursions were made from bases within Jordan. “The [UN] Security Council met on 8 September to consider how to bring the hostilities to an end and prevent further incidents in the Gaza area. The majority of the members stressed the advisability of refraining from introducing into the debate the question of responsibility for the recent deplorable incidents, and emphasized the necessity of enforcing the suggestions of the Chief of Staff. After the parties concerned had expressed their views, the Council unanimously adopted a draft resolution presented by France, the United Kingdom and the United States which, among other things, endorsed the suggestions of the Chief of Staff concerning the separation of the armed forces of both parties, declared that freedom of movement must be afforded to United Nations Observers in the area, and called upon the parties to co-operate with the Chief of Staff in achieving those ends,” (The Yearbook of the United Nations 1955).

Our letter, a copy of which was sent to Prime Minister Moshe Sharet (1894-1965), was penned in the weeks leading up to this UN resolution. Sharet took up his post after Ben-Gurion’s resignation in January 1954 simultaneously acting as Israel’s Minister of Foreign Affairs. Early in their country’s history, Ben-Gurion and Sharet shared the same goals but eventually parted company over the subject of Israel’s defense. Sharet opposed doing anything that might escalate violence while Ben-Gurion was unafraid to use military force. Just three months after our letter, Ben-Gurion replaced Sharet as Prime Minister, remaining in that office until 1963.