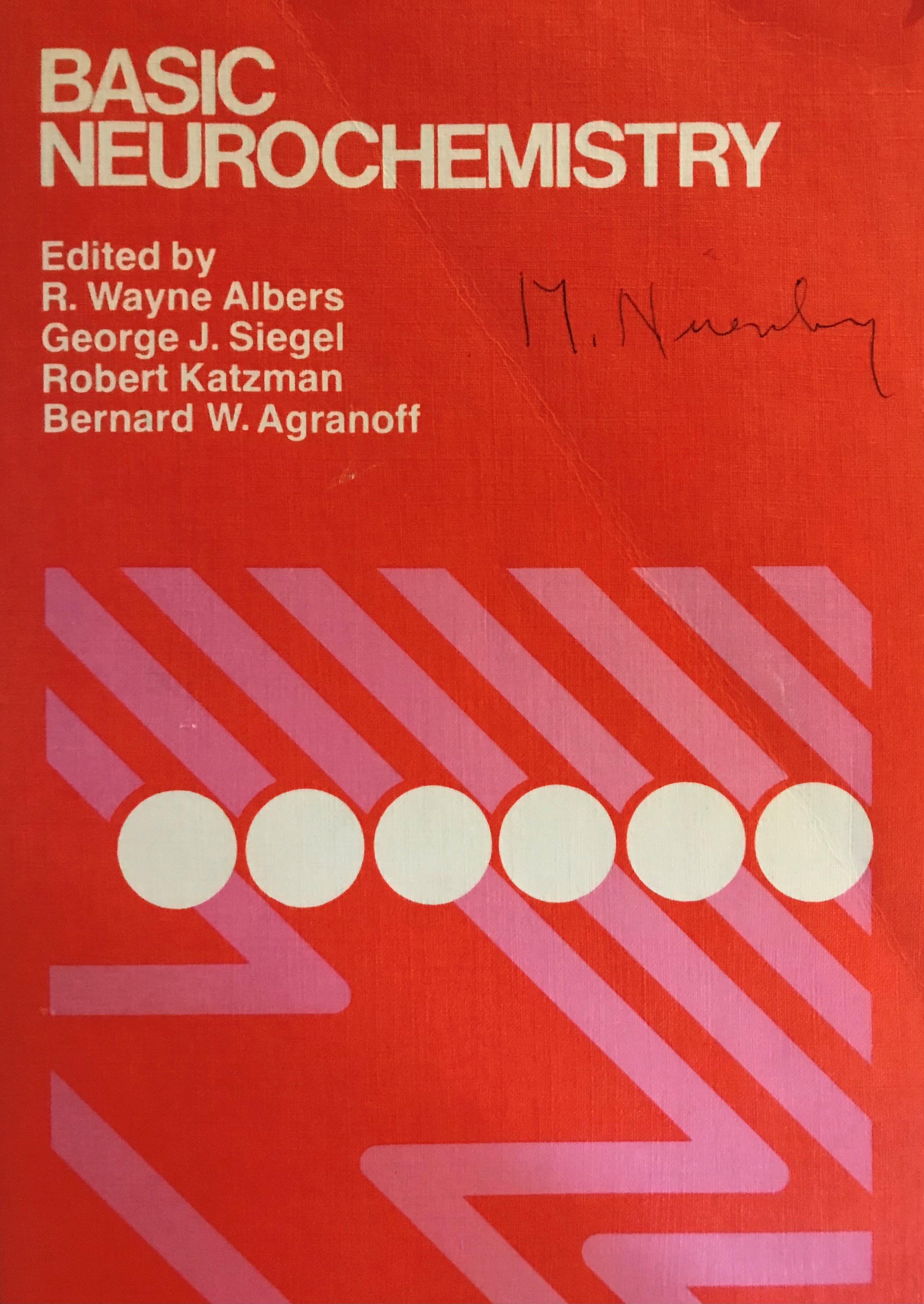 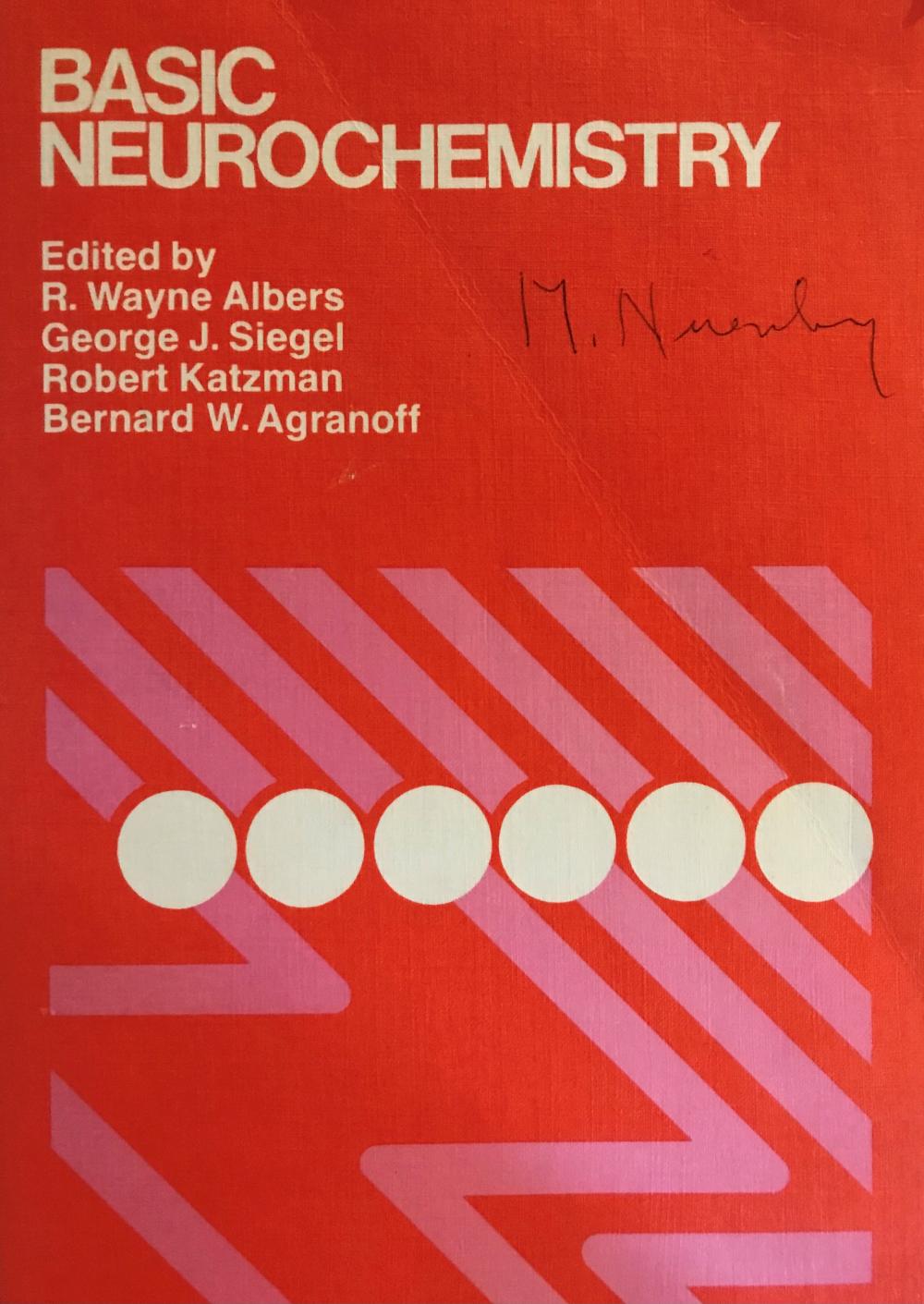 NIRENBERG, MARSHALL. (1927-2010). American biochemist and geneticist; shared the 1968 Nobel Prize for Physiology or Medicine for his work on the genetic code and demonstrating how it works in protein synthesis. Signed book. (“M. Nirenberg”). 692pp. Small 4to. N.p., N.d. A book from Nirenberg’s library autographed by him on the front cover, containing numerous annotations throughout the soft-cover volume, entitled, “Basic Neurochemistry;” Albers, Siegel, Katzman and Agranoff. Boston, First edition, second printing. Little, Brown and Company, 1972. There are numerous underlinings and several scientific formulae, including an annotated drawing of a “Dorsal Root Ganglion” (p.147); observations on a diagram of the “Major pathways of phospholipid biosynthesis” (p. 221); a notation on a section entitled, “Synthesis and Turnover of DNA” (p.250); etc. In overall fine condition and uncommon.