Back to catalog
Lot 501L 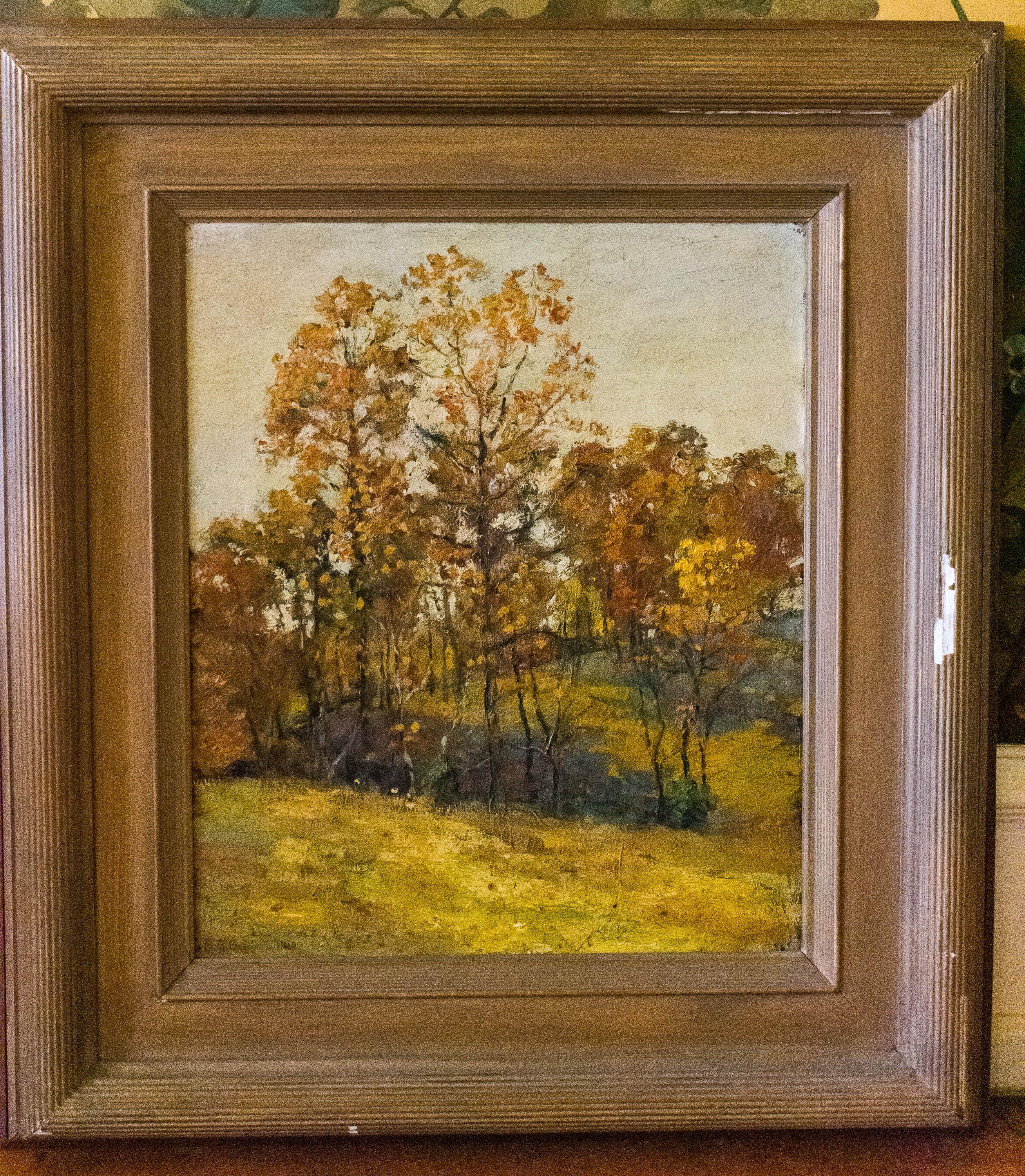 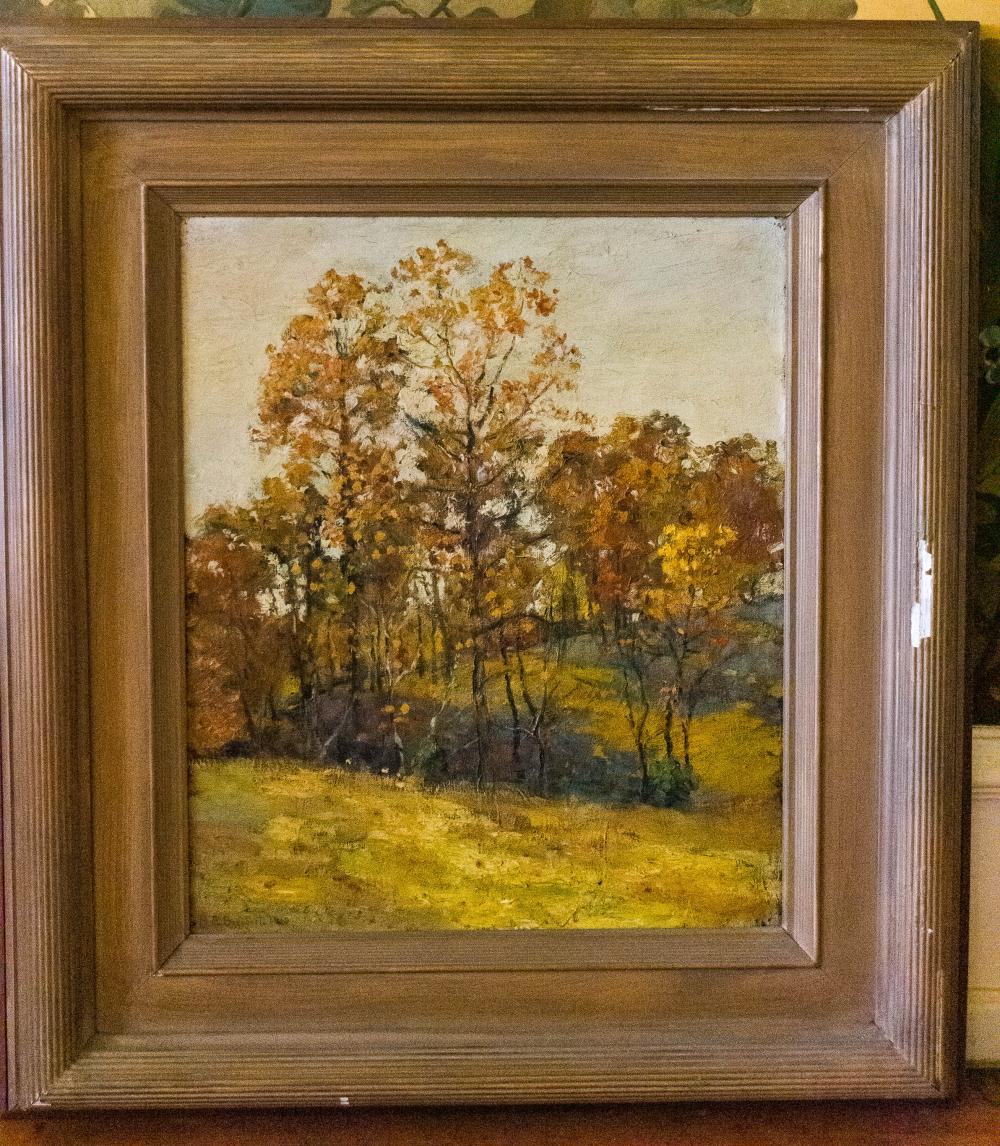 This is a landscape oil painting titled "Winter" and signed "A.A. Bosshart 1910" in the LR and measures 35" x 32". The paper tag on the back denotes the title, artist and location (York, PA) as well as "The Pennsylvania Academy of the Fine Arts, One Hundred and Ninetieth Annual Exhibition, 1924". Item is being de-accessioned from the Women's Club of York, PA. There is some loss to the finish on the frame. "Adolph Albert Bosshart (1880-1951) rarely, if ever, used his first name. When he was younger he appears in the city directories as A. Albert, but was usually known, even in his obituary, as just A.A. He was born in Zurich, Switzerland, coming to York with his family at the age of three. His father Albert was a gardener at Penn Park when it was a showplace." excerpt from York Daily Record article dated 3/8/16.