Back to catalog
Lot 63C 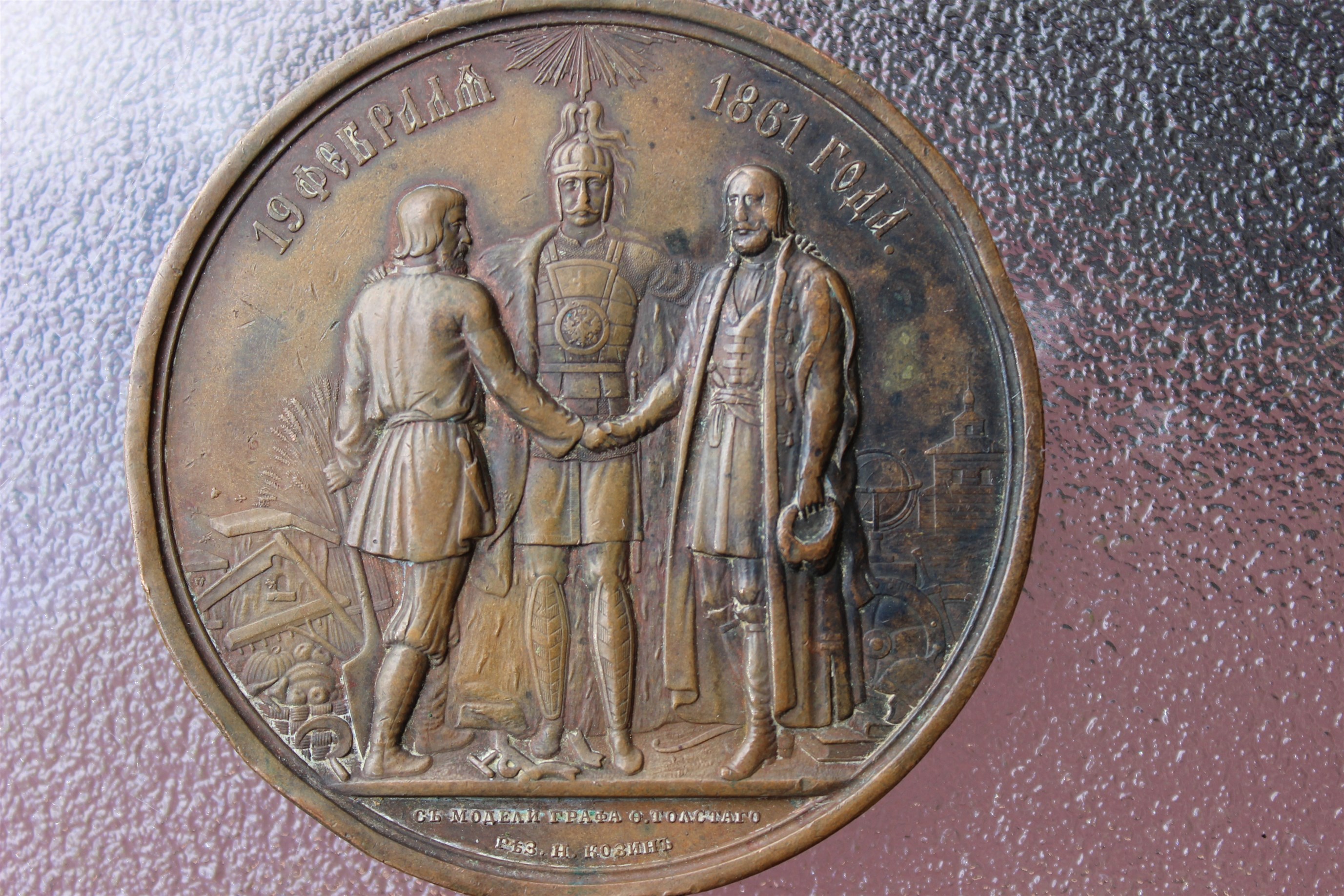 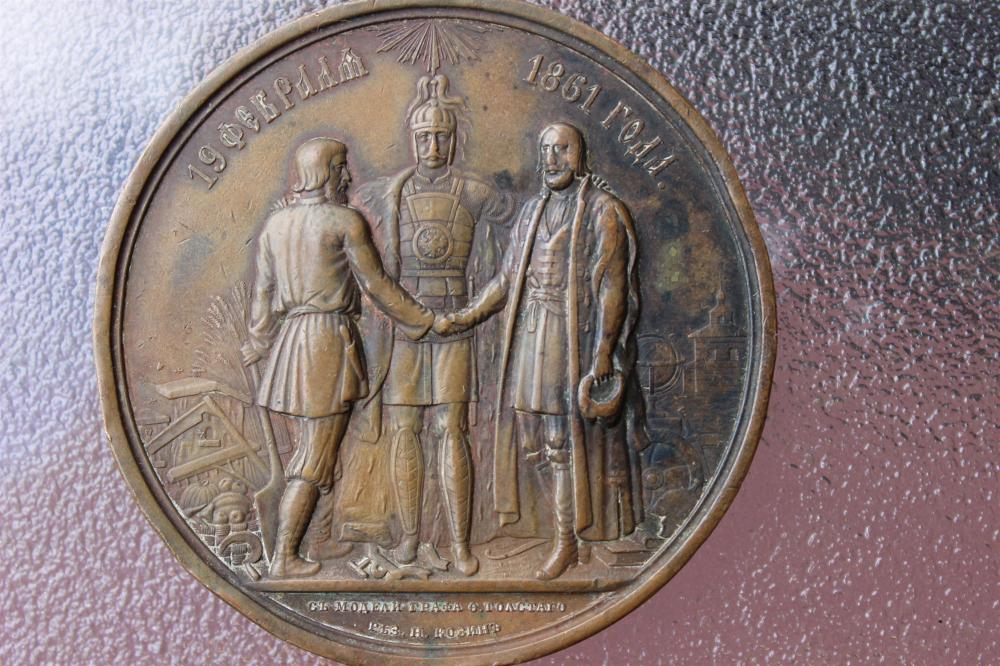 Russian Bronze Medal, Tsar Alexander II liberates peasants-slaves in 1861; Obverse: 19 February 1861; ?? ?????? ????? ????????; ?E?. ?. ??????; Reverse: ________?? ????????? ????????? ???????????? ?????? ?___________ ? ???? ????? ?????????????? ?? ???? ????????? ????? Diameter: 68 mm = 2.7 inches; Weight: 139.27 g; Condition: genuine patina and oxidation, was not cleaned; Emancipation of the serfs. Soon after the conclusion of peace, important changes were made in legislation concerning industry and commerce, and the new freedom thus afforded produced a large number of limited liability companies. Plans were formed for building a great network of railways, partly for the purpose of developing the natural resources of the country, and partly for the purpose of increasing its power for defense and attack. The existence of serfdom was tackled boldly, taking advantage of a petition presented by the Polish landed proprietors of the Lithuanian provinces and, hoping that their relations with the serfs might be regulated in a more satisfactory way (meaning in a way more satisfactory for the proprietors), he authorized the formation of committees "for ameliorating the condition of the peasants," and laid down the principles on which the amelioration was to be effected. This step was followed by one still more significant.[citation needed] Without consulting his ordinary advisers, Alexander ordered the Minister of the Interior to send a circular to the provincial governors of European Russia (serfdom was rare in other parts), containing a copy of the instructions forwarded to the Governor-General of Lithuania, praising the supposed generous, patriotic intentions of the Lithuanian landed proprietors, and suggesting that perhaps the landed proprietors of other provinces might express a similar desire. The hint was taken: in all provinces where serfdom existed, emancipation committees were formed. The emancipation was not merely a humanitarian question capable of being solved instantaneously by imperial ukase. It contained very complicated problems, deeply affecting the economic, social and political future of the nation. Alexander had to choose between the different measures recommended to him and decide if the serfs would become agricultural laborers dependent economically and administratively on the landlords or if the serfs would be transformed into a class of independent communal proprietors. The emperor gave his support to the latter project, and the Russian peasantry became one of the last groups of peasants in Europe to shake off serfdom. The architects of the emancipation manifesto were Alexander's brother Konstantin, Yakov Rostovtsev, and Nikolay Milyutin. On 3 March 1861, 6 years after his accession, the emancipation law was signed and published.

You agree to pay a buyer's premium of up to 10.0% and any applicable taxes and shipping.