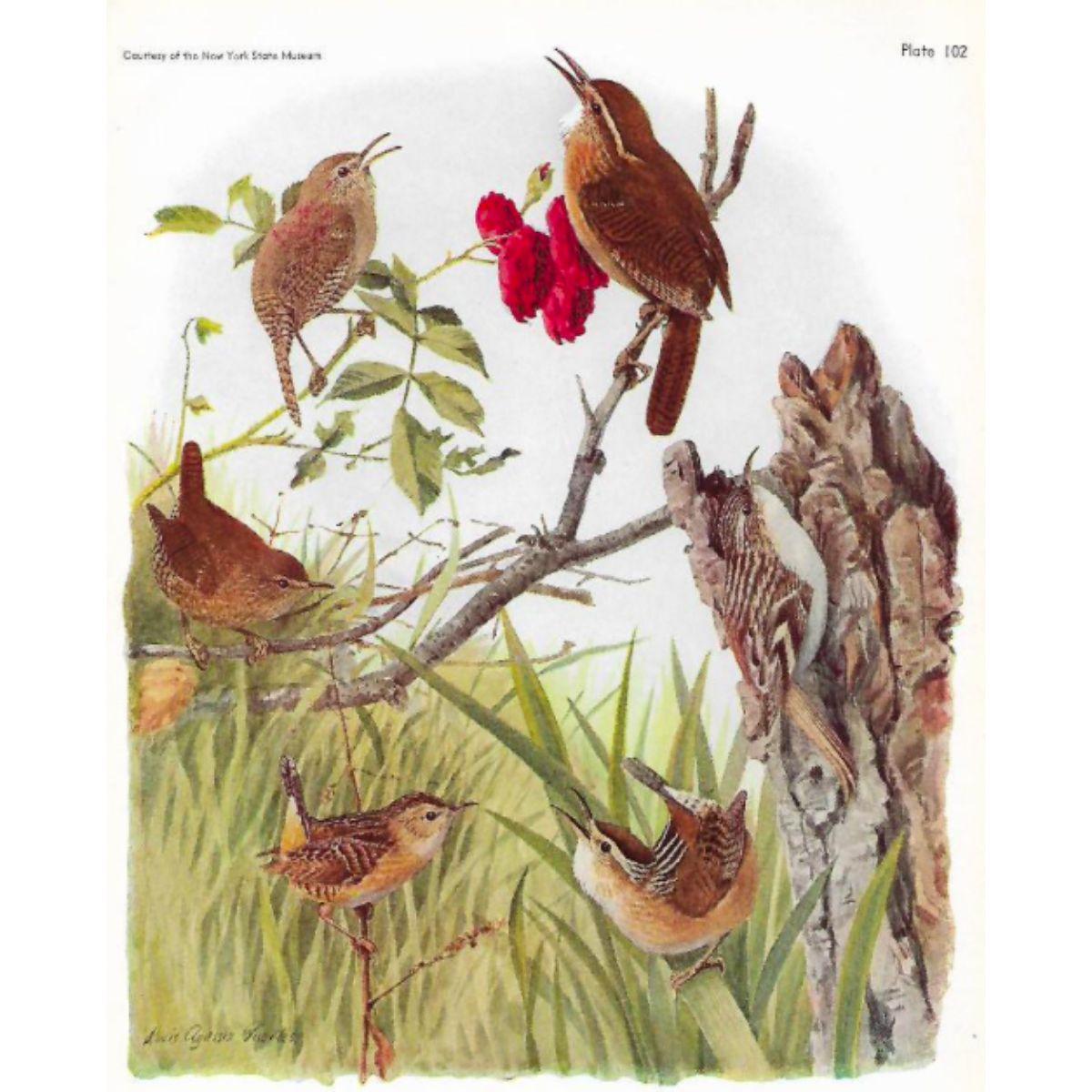 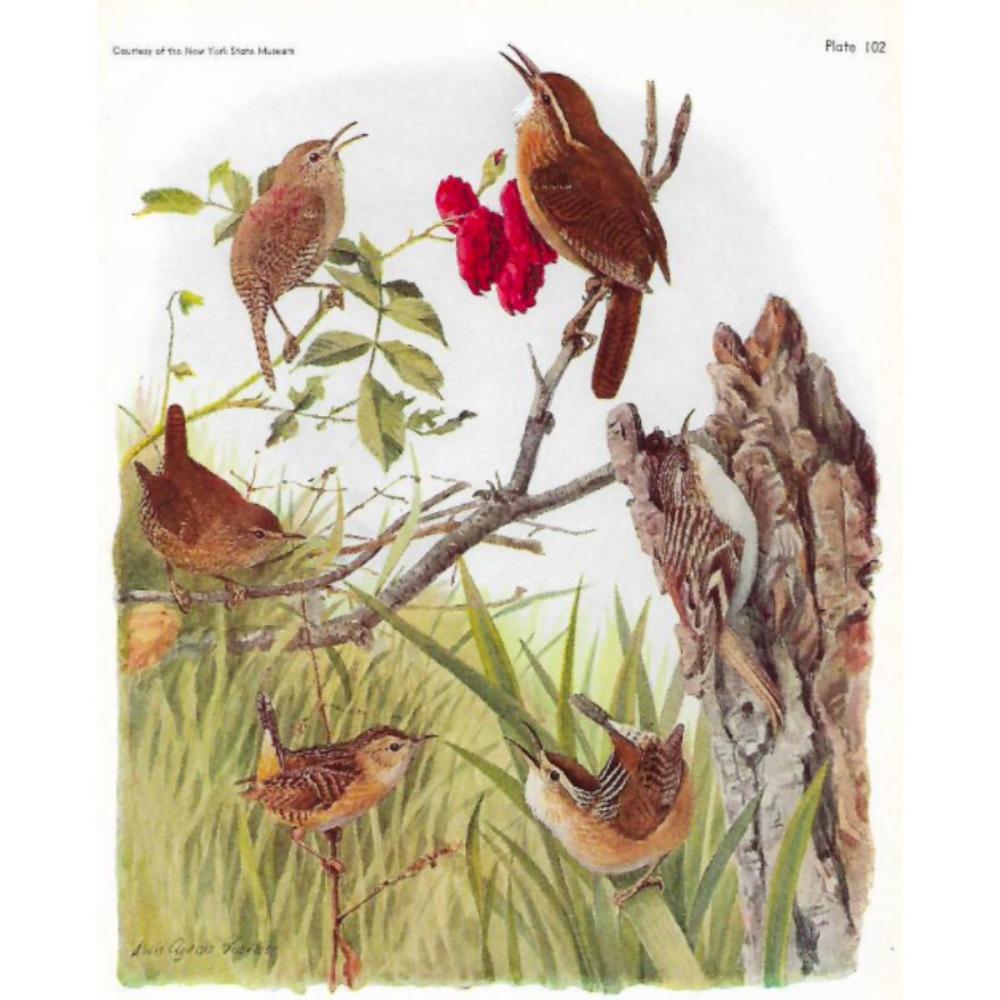 1936 Pearson Birds, #109 Wrens (House, Carolina, Winter, Brown Creeper, Short-Billed March, Long-Billed Marsh).Â  8"x11" Comes with mat board. Birds of America. T. Gilbert Pearson, Editor-in-Chief, Garden City Publishing Co., Inc. c1936. Photos courtesy of the New York State Museum. "There have been recorded in North America eight hundred distinct species of wild birds, and four hundred additional subspecies, or climatic varieties. This refers to the territory lying north of the Rio Grande. "When the present work on Birds of America was projected, we felt that the time was at last ripe for a new book on the subject that should be a final repository of all the vast treasure of scattered information. What was clearly needed, was to make a thorough canvass of the field and produce a work at once popular and scientific, and at the same time comprehensive -- a record of our wild birds. The official check list of the American Ornithologists' Union has been followed for classification. We have tried, in a word, to present a complete picture and story of our feathered wild bird life." ..T. Gilbert Pearson, President of the National Assoc. of Audubon Societies.